Do You Fancy This Bajaj Dominar Based Scrambler 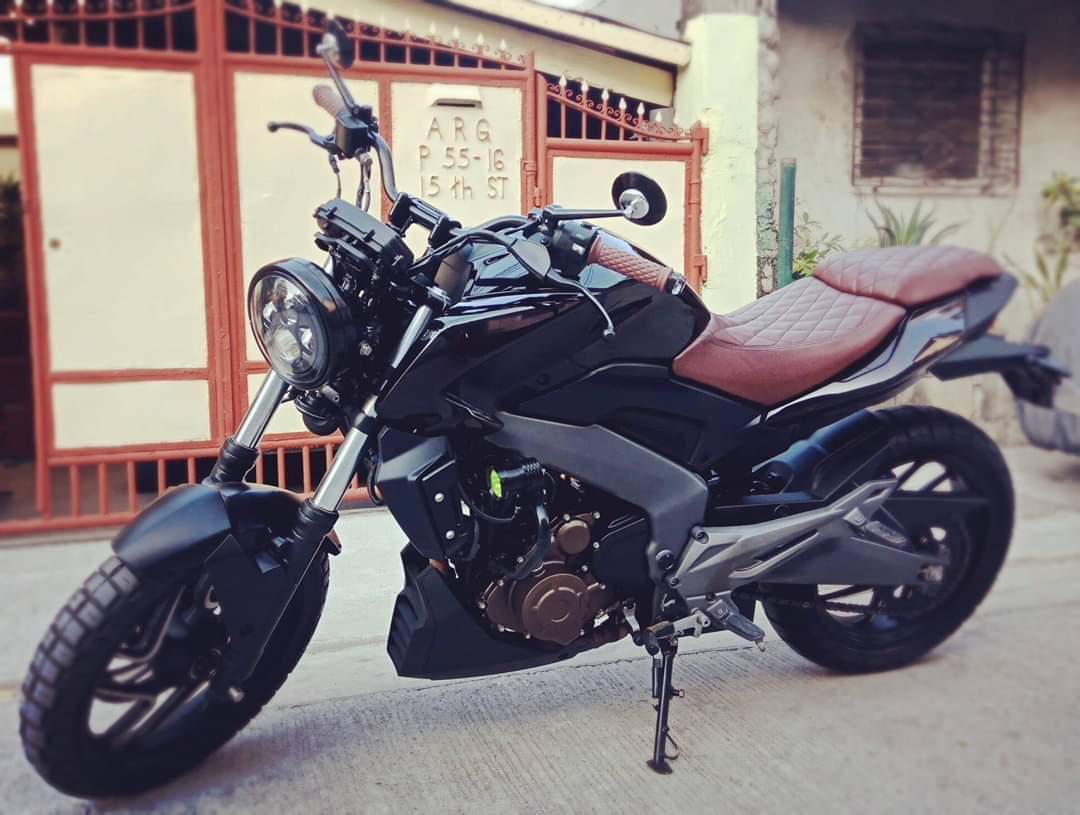 The Bajaj Dominar is one of the most value-friendly performance motorcycles on sale today and the bike has only gotten better with the comprehensive updated version that was launched last year. Bajaj positions the Dominar as a sports cruiser but that hasn’t stopped customers to personalise the motorcycle. In fact, customers have converted the bike into a full-blown adventure machine that can stand head-to-head with some factory-built adventure tourers. However, the latest customisation job chooses to build something more exciting on the Dominar and that is a scrambler-styled motorcycle. MC Customs Ph, based in Las Pinas City in the Philippines, has customised a Bajaj Dominarthat brings a neo-retro touch to the motorcycle. If you ever fancied a Honda CB300R rival from Bajaj, this is what it would look like.

The custom Bajaj Dominar from Philippines Is based on a pre-owned, pre-2019 Dominarand gets tasteful upgrades for the retro-themed design. The overall design is a cross between a street-naked and Scrambler motorcycle. Changes include a round LED headlamp, circular mirrors, raised handlebar with bar-end turn indicators, tan seat with quilt stitching and matching handle grips. The bike is finished in a gloss black paint scheme that adds to the rich look of the motorcycle. 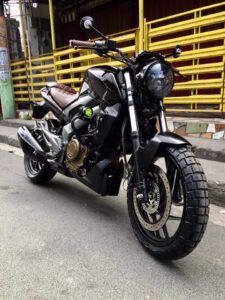 There are no changes to the powertrain. The modified Bajaj DominarScrambler uses the same 373 cc single-cylinder, liquid-cooled engine with fuel-injection. Based on the pre-2019 model, it gets a SOHC setup and belts out 35PS at 8000rpm and 35Nm at 6500rpm. The engine is paired with a 6-spedd gearbox. In contrast, the Bajaj Dominar sold currently gets a DOHC set-up and produces 39PS and 35Nm of peak torque. 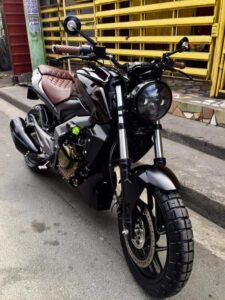 The Dominar-based Scrambler was built for ErubzJunio in Philippines, who previously owned middleweight motorcycles and wanted something different to stand out as his daily ride. The scrambler-styled Dominar looks like an attention-grabbing machine. Sadly, Bajaj has no plans to put the Dominar-based Scrambler into production. However, we could see the company introduce a sub-500cc scrambler in the future as part of its association with the UK’s Triumph Motorcycles.