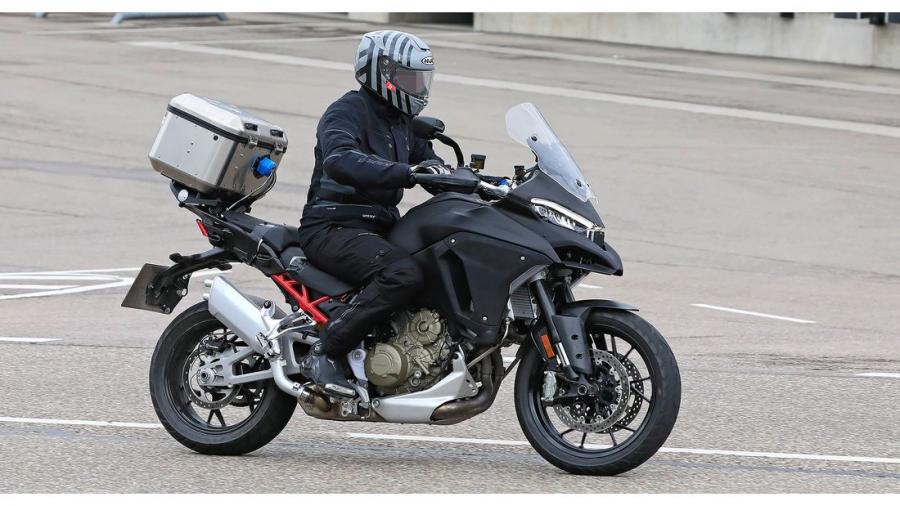 It seems that we are close to witnessing another application of Ducati’s Desmosedici Straddle V4 engine. Recently a test Mule from the Multistrada range was caught testing in Italy, hinting that the company is readying the next generation of the bike, the Multistrada V4. On the face of it, things are not drastically different as the testing bike carries forward the overall design of Multistrada 1260. The Ducati Multistrada V4 design seem to have elements like a LED headlamp, beak-styles front fascia, etc., are the same as the current model though we expect the company to make changes in the fairing design to guide airflow to the engine. 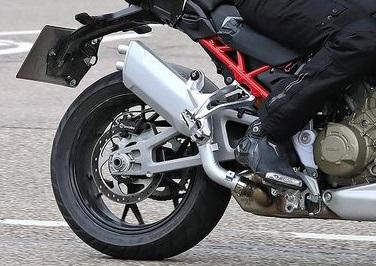 At the rear, the Ducati Multistrada V4 had a most prominent difference that the test bike comes with (as compared to the current version) is the exhaust section. On test mule, the exhaust is considerably taller with canister featuring a sharp upward kink. It is important to note that the bike is in the early stage of the development and as the process goes forward, we might witness a couple of more design differences. 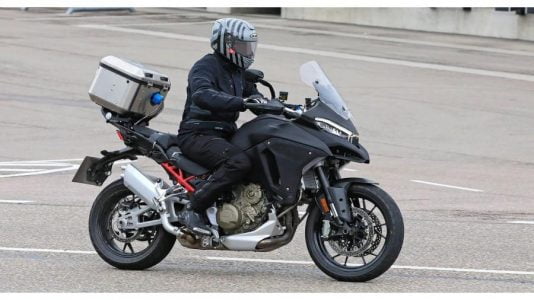 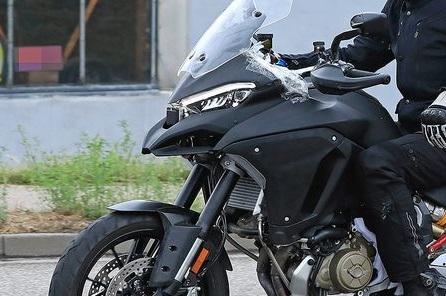 The Multistrada V4 will come in three different variants choices – Standard (base variant), S (middle variant), and Pikes Peak. The liquid-cooled engine will displace 1103 cc and feature a 90-degree V4 arrangement. We expect the output in the range of 170-180 HP (a bit higher) although current Multistrada 1260 puts out 158HP and 129.5Nm of max Power and max torque respectively. The Ducati Multistrada V4 is unlikely to make an appearance in late November or December as it is ready for launch!

Kia India Sells 50,000 Connected Cars Within A Year Of Launch!