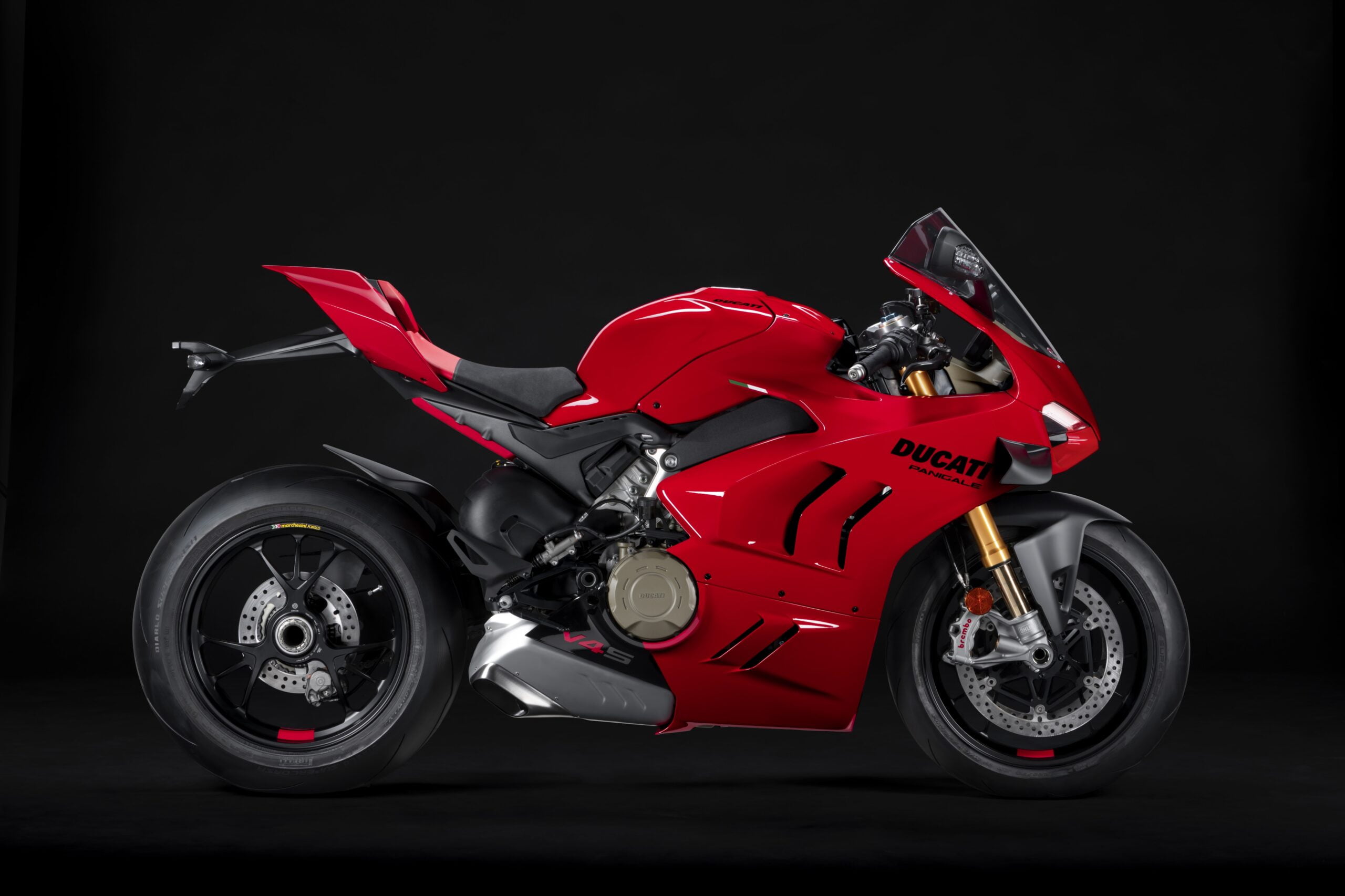 Ducati continues the annual update of the supersport bike par excellence of its range, exactly the same as with the Ducati Corse prototypes: the bike is already available in dealerships

The Panigale family is the maximum expression of the continuous exchange of information and technologies from the world of racing to production motorcycles and with the 2023 version of the Panigale V4 continues on its annual improvement path, exactly the same as with the Ducati Corse prototypes.
The Panigale V4 project fully represents the uniqueness of a brand that works to ensure that everything designed for racing can then be transferred to motorcycles intended for enthusiasts.

With the 2022 model, the Panigale V4 has made the most significant evolution since the year of its launch with improvements that affects every aspect of the bike: aerodynamics, ergonomics, engine, chassis and electronics (link to the complete press kit here). On the 2023 versions of the Panigale V4, Panigale V4 S and Panigale V4 SP2, the step forward takes the form of the adoption of an updated electronic package, capable of further increasing the riding feeling and performances on the racetrack. 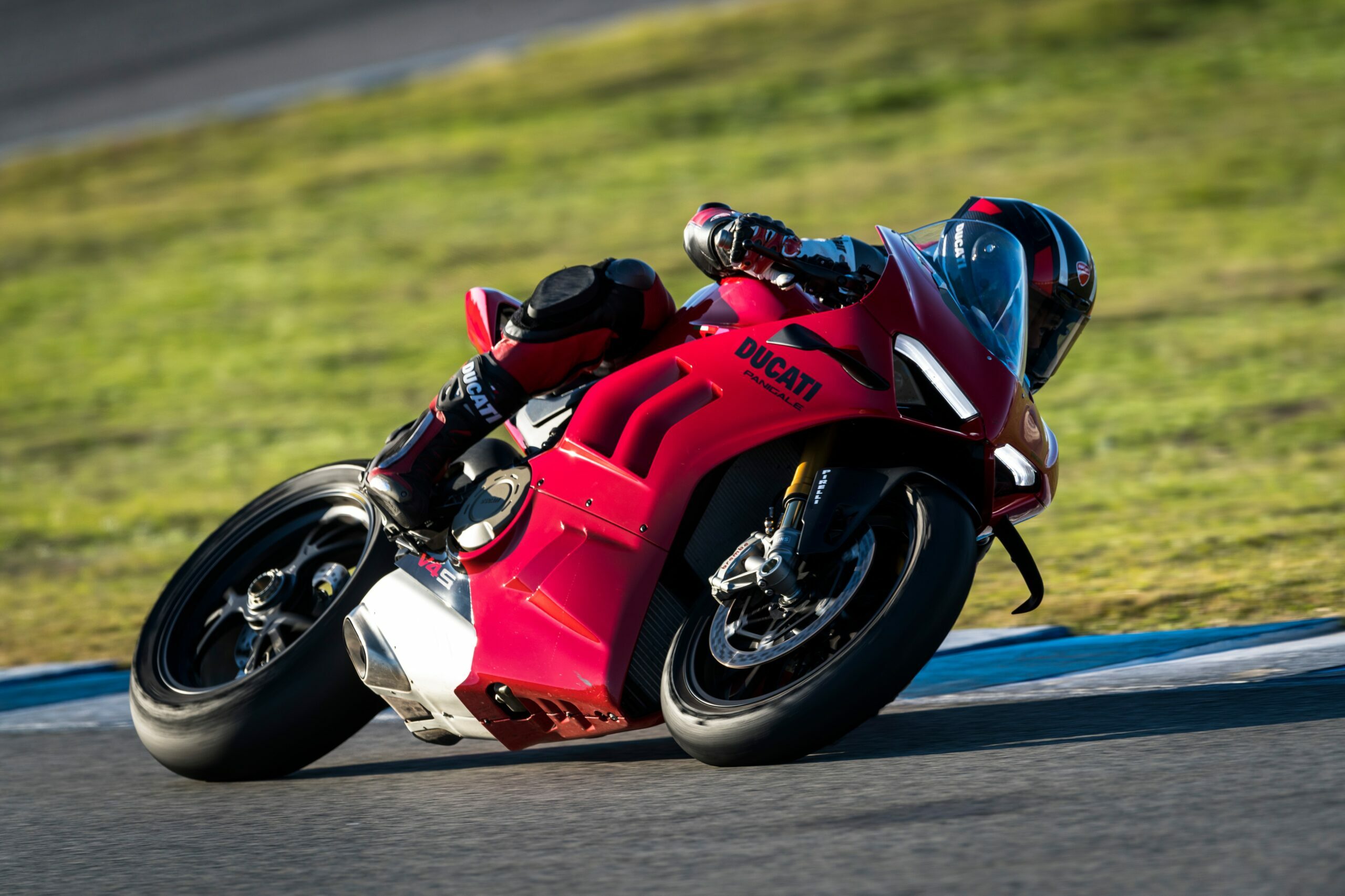 To improve stability, precision and directionality during braking and cornering, and to allow the rider to define with greater precision the best electronic set-up on each circuit, the Panigale V4 2023 receives the new Engine Brake Control (EBC) EVO 2 software , which features a different gear-by-gear calibration on each of the three selectable levels. The new strategy has been developed to optimize engine brake intensity according to the load on the rear wheel. In the first stage of braking, when there is little load on the rear tyre, the EBC EVO 2 provides less engine brake, which increases as you approach the centre of the curve: the moment in which the intervention of the engine brake contributes the most to slowing down the bike and tightening the line. Thanks to this strategy, which ensures a more balanced intervention of engine brake control in any riding phase, the system reduces rear wheel lockup in the most demanding braking situations, thus improving stability and precision in the cornering phase.

The Panigale V4 2023 also receives a new strategy for the Ducati Quick Shift (DQS) , improving gearshift fluidity at every degree of throttle opening, both partial and full, handling the two different situations differently. When shifting at partial gas, where the system previously cut the injection, now the effect is pursued by retarding the ignition timing, thus smoothing out the shifting in road use thanks to the absence of any engine cut-off. When shifting with a completely open throttle, a situation typical of the racetrack, the strategy continues to employ an injection cut, but the torque restitution phase has been refined, guaranteeing more stability to the bike and a more homogeneous and therefore more efficient thrust, benefitting lap time.

In addition to these changes there is a new strategy for the cooling fan, capable of offering better management of operating temperatures and greater thermal comfort for the rider already at speeds typical of road use. This latest update also reduces the typical heat build-up at the end of track sessions. 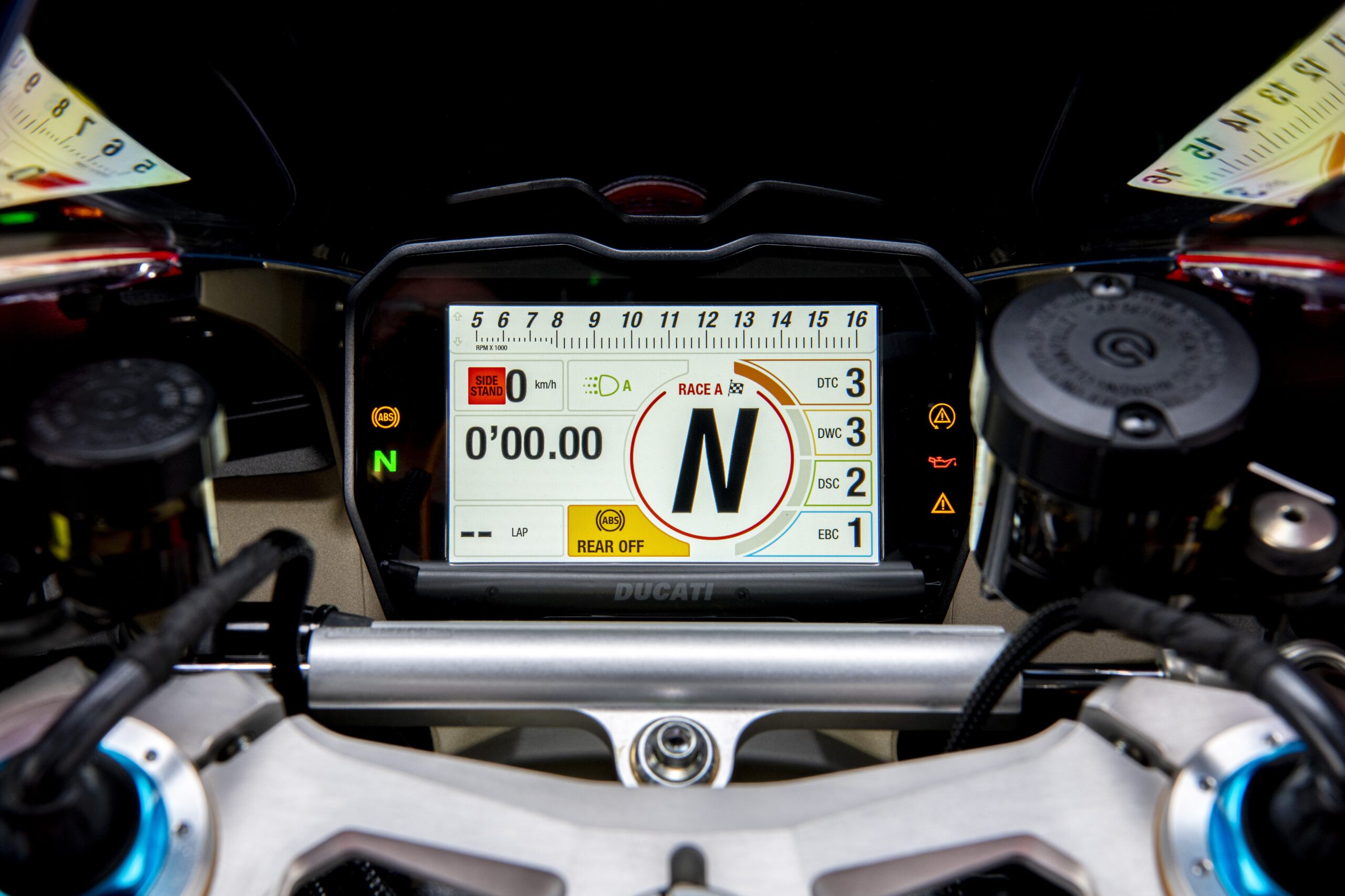 The updates for 2023 are complemented by a refinement of the Ducati Traction Control (DTC) and Ride by Wire strategies. The former has evolved to make the action of traction control even more accurate as a function of lean angle, while the latter improves the connection between the torque requested by the rider and the torque actually delivered. These improvements follow the Ducati philosophy of constant product development, ensuring regular evolution to always offer the best level of performance, usability and comfort.

The Panigale V4 is a bike that performs just as well in the hands of professionals as it is rewarding for amateurs and is frequently used by Ducati Corse riders during their training sessions. It is no coincidence that this bike will be the protagonist together with the Panigale V2 of the “Lenovo Race of Champions”, which will be held on Saturday 23 July as part of the World Ducati Week 2022 and will see 21 Ducati riders from the MotoGP and Superbike championships compete at the Misano World Circuit Marco Simoncelli.