FASTag compulsory for new four-wheelers Sold from December 1, will make sure that collection is smoother and faster ensuring quick turn-around time

The government has made FASTag mandatory for new four wheelers from December 1. FASTag is a rechargeable card that uses passive radio frequency identification (RFID) technology to debit toll charges accordingly, which is now compulsory for all four wheeler automobiles. Apart from toll plazas, FASTags are available in banks which the authorities have signed up with. Anyone wanting their tag can approach those definite banks.

FASTag is currently operational at about 370 toll plazas across the National Highways. The system is inter-operable and the same FASTag can be used across all toll plazas under the National Electronic Toll Collection (NETC) programme. From now on manufacturers and authorized dealers will have to ensure that the vehicles are fitted with the tag. This new technology will allow seamless travel on highways, cutting long queues at toll booths. The FASTag has to be linked to a prepaid account by the vehicle’s owner.

In case of vehicles sold as drive-away chassis without wind screen, FASTag will have to be fitted by the vehicle owner before it is registered. The move is part of the government’s much-hyped electronic toll collection (ETC) system. The ministry notified the changes to relevant sections of the Central Motor Vehicles Rules, 1989. For now at least one lane each on both the carriageways of the 370 toll plazas in the country has inter-operable RFID tag based ETC system in place. In the other lanes people can pay toll fees via cash, card or PayTM. later FASTag will be expanded to all the lanes. 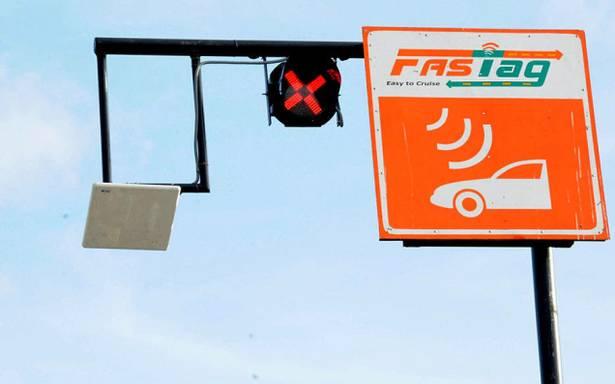 The tag has a unique code to help identify the vehicle. When it passes through a toll booth, the ETC system reads the vehicle’s code and automatically deducts the toll. Ministry will expand the lanes earmarked for the FASTag users depending on its penetration. Over 600,000 vehicles now on roads have RFID tags over four million vehicles running on highways. If the FASTag system works well, India would become the only country to have a uniform inter-operable facility.