Ford India has shuffled the Endeavour variant line-up and the full-size SUV now starts at Rs. 33.80 lakh (ex-showroom). The automaker has dropped the older Titanium 4×2 variant that was previously the entry-level model in the range and priced at Rs. 29.99 lakh. Instead, the 2021 Endeavour range begins from the Titanium+ variant that’s priced at Rs. 33.80 lakh, nearly Rs. 4 lakh more expensive in comparison. The top-spec variant though is the Endeavour Sport that is priced at Rs. 36.25 lakh (all prices are ex-showroom, Delhi).

Clearly, Ford’s customers want the best from the SUVs and are opting only for the top-spec variants on the model. With the Titanium+ trim being the new entry-point in the Endeavour family, you now get a fair bit of kit including the 8-inch touchscreen infotainment system with smartphone connectivity, panoramic sunroof, 8-way adjustable front seats, park assist, cruise control, powered tailgate, Bi-LED headlamps with auto function, LED daytime running lights, LED taillights, rain-sensing wipers, disc brakes all over and 18-inch alloy wheels.

The Ford Endeavour continues to draw power from the single 2.0-litre diesel engine that produces 170PS and 420Nm of peak torque. The engine is paired with the 10-speed automatic gearbox. The SUV is offered in both 4×2 and 4×4 variants. 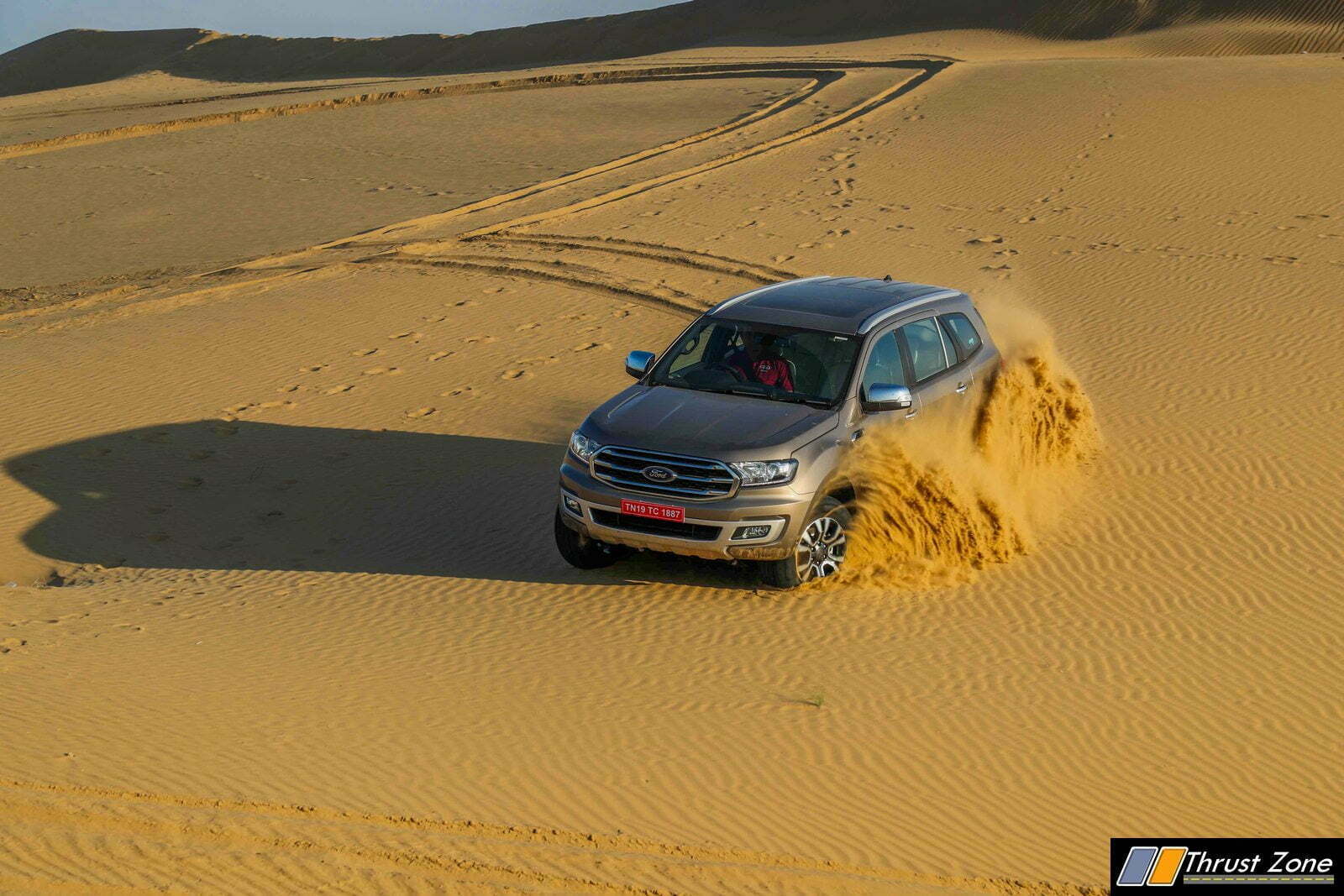 The Ford Endeavour remains one of the best SUVs in the segment and gives a tough fight to the Toyota Fortuner, Mahindra Alturas G4, MG Gloster as well as off-roaders like the Volkswagen Tiguan AllSpace and the Skoda Kodiaq.

While the current-generation Endeavour continues to reasonably well for Ford, the automaker has already begun work on the next-generation version that will arrive sometime next year internationally. The new-generation model is being developed by Ford teams in Australia and the Philippines and will debut as the new Ranger and Everest (the international name for the Endeavour) sometime in 2022. You can expect the all-new Endeavour to arrive in India in 2023.