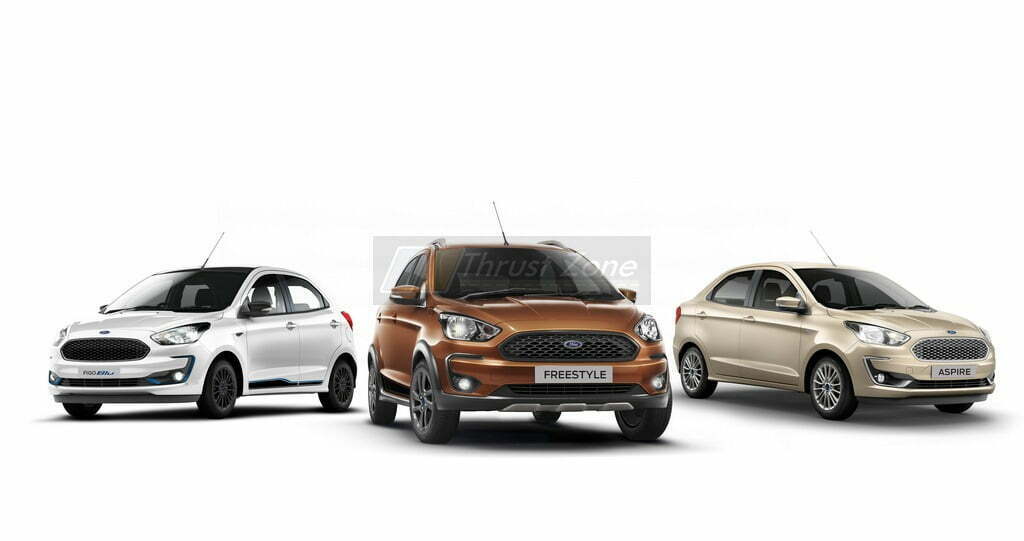 Ford India has silently revised prices on its mass-market offerings including the Figo, Freestyle and the Aspire sedan for the 2021 model year. All three models get a price hike along with a variant line-up revision for the new year. Significantly, the Freestyle and the Aspire lose their respective bade variants in favour of the more loaded variants. The Ford EcoSport remains unchanged but that’s because the model was revamped earlier this year for 2021 and received a price cut on several variants. Here’s a look how the new prices and variants are placed for each model.

The Ford Figo remains the brand’s entry-level offering and now starts from Rs. 5.49 lakh and goes up to Rs. 8.19 lakh. The Ambiente trim is now the base variant and has seen a price hike of Rs. 15,000. Meanwhile, the Titanium trim is now more expensive by Rs. 19,000 while the range-topping Blu variant gets the lowest hike of Rs. 4000.

Moving to the Ford Aspire subcompact sedan, the capable offering is now priced from Rs. 7.24 lakh onwards for the Titanium variant, and goes up to Rs. 8.69 lakh. Compared to the older base model, the Aspire now starts at a premium of Rs. 1.15 lakh over the older version. In addition, The top-spec Titanium and Titanium Plus variants have seen a price hike of Rs. 5000. There are no mechanical changes to the model and it continues with the same petrol and diesel engines as before. 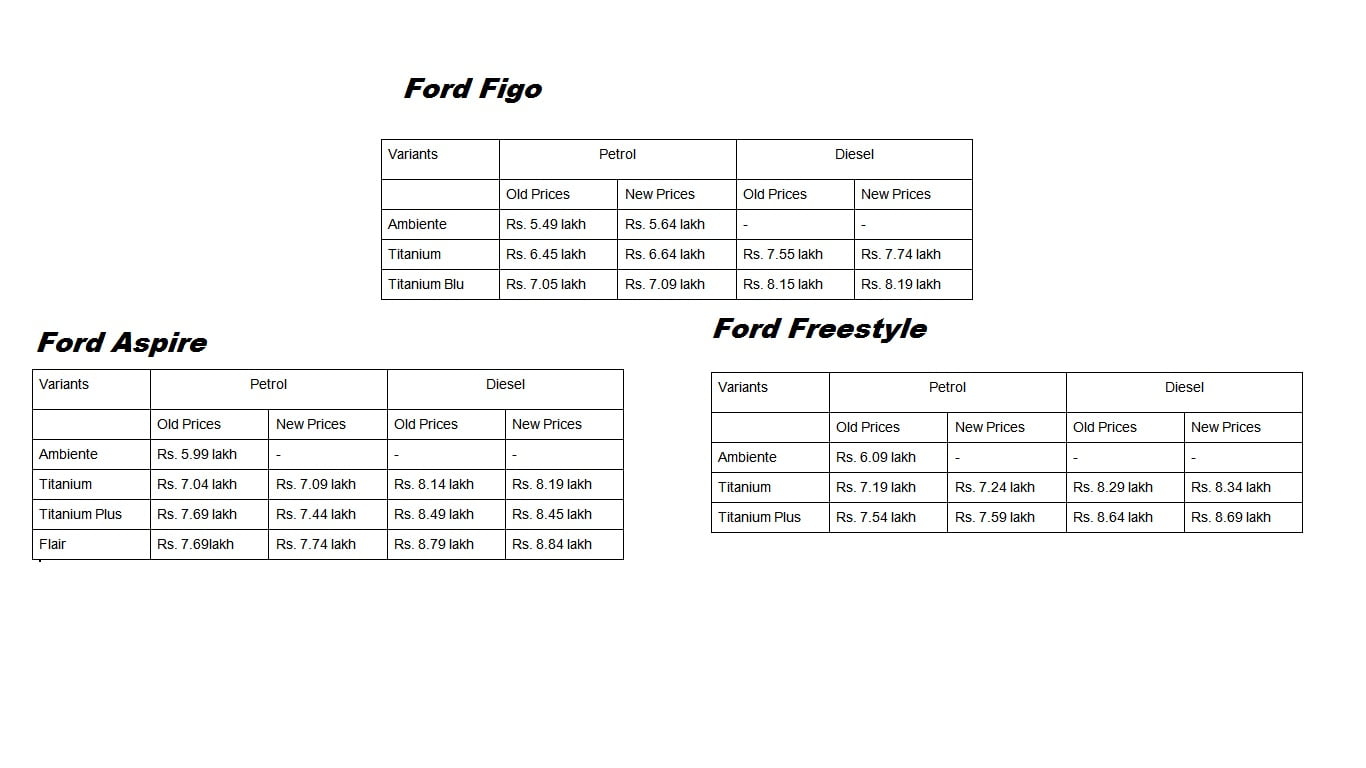 Lastly, the Ford Freestyle range now starts at Rs. 7.09 lakh for the Ambiente trim and goes up to Rs. 8.84 lakh for the Titanium Plus. The range has gone up by Rs. 5000 on each variant. However, the Ambiente trim is priced at an increment of Rs. 1.10 lakh over the previous base version. The Freestyle gets the same petrol and diesel engines as the Figo and the Aspire.