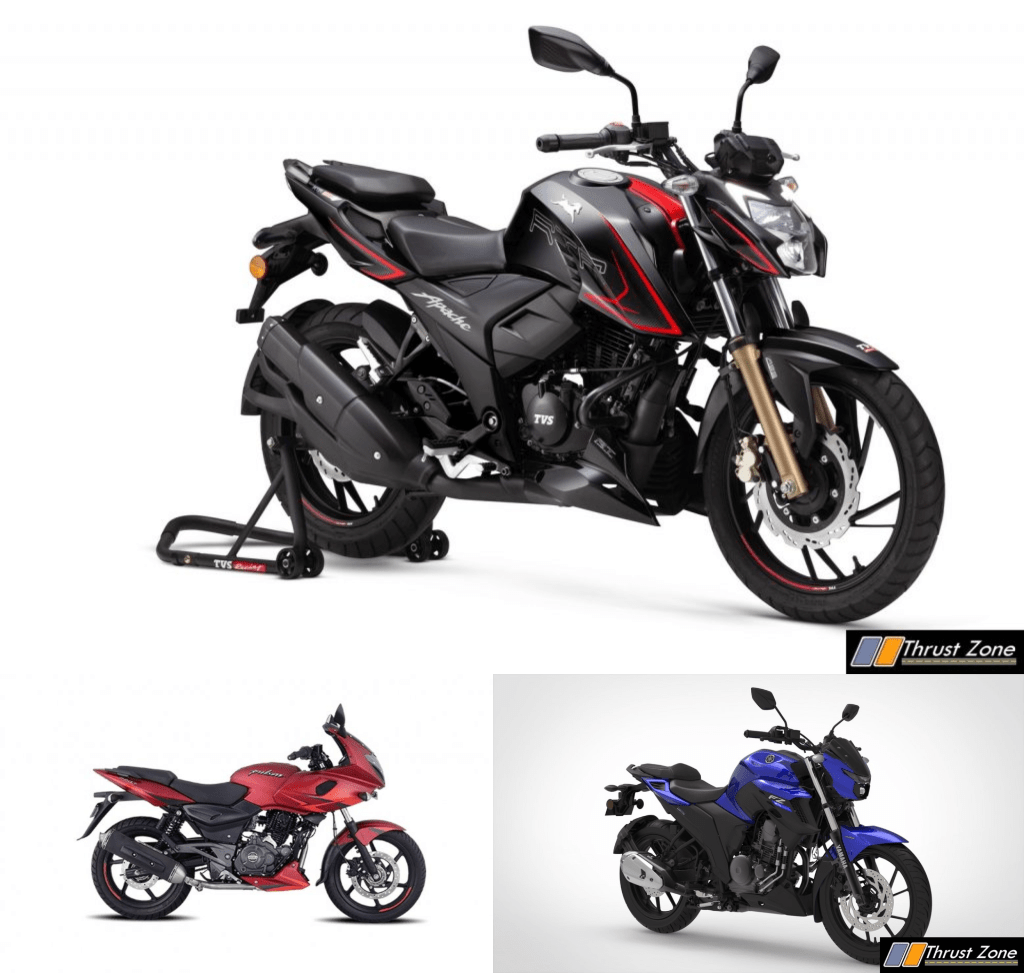 BS6 Yamaha FZ25 vs Apache RTR 200 vs Pulsar 220 is now a niche below the 250cc 25 PS gang of motorcycles. Yamaha had finally done it, after a long wait, the 250cc motorcycle has finally made it to the Indian market. A motorcycle that is made in India and made for the Indian market specifically, promises a lot to riders of the country and Yamaha itself. However, it is not doing that well after its initial hype. The motorcycle seems the right package on paper as it has everything it to take on its rivals.

However, technology wise, it is behind the 250cc 25/30 PS gang. The Yamaha DNA it has, which means it will be a motorcycle easier to live with in every way. Let’s find out what what does it offer in front of the competition. Let the battle begin, on paper. 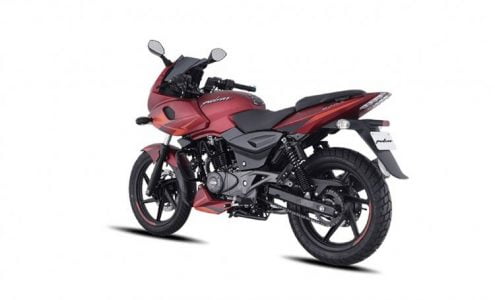 Yamaha FZ25 and Apache RTR 200 have had upgrades with new headlights . The Pulsar 220, which is doing rounds since 2012 still do a good job of attracting masses that the sales figures suggest. The Pulsar 220 gets all muscular with the big tank, half fairing, slim non LED but projector equipped headlight design and overall now has the ‘iconic’ badge on it since its ageing gracefully with the brute timeless look. An addition of new graphics, colors and rim tapes spice up the age old look well.

Pulsar 220, Apache 200 and FZ25 have the dual cradle chassis format, however deployed differently as per needs of suspension setup that is slightly different on all motorcycles. All motorcycles get monoshock here but the Pulsar 220 gets a dual sided shocks. All bikes have dual disc brakes here. Single channel ABS on the Pulsar 220 and Dual channel ABS is seen on the Apache RTR 200 and FZ25. The TVS Apache RTR 200 4V continues to be the only motorcycle in its class to offer Dual-Channel ABS with RLP (Rear wheel Lift-off Protection) control and RT-Slipper Clutch. 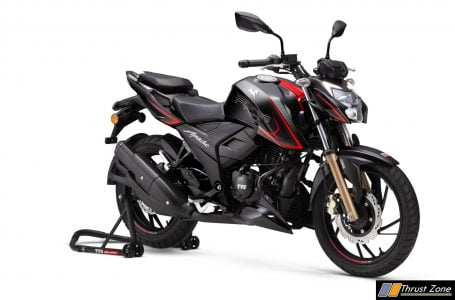 Apache RTR 200 gets SmartXonnect* technology which shows a host of information including navigation and bluetooth connectivity. FZ25 gets a bare basic all digital instrument cluster and Pulsar 220 gets an analogue and digital combined speedometer. All bikes have engine kill switch.

In today’s modern time it becomes to difficult to say that which bike is the best as all of them offer something in a different way. Choosing is upto you. however, there are all rounders as they offer everything right from ease of use to riding thrills, dynamics and overall package which includes Price per BHP ratio which is most important.

Yamaha comes last and its the TVS Apache RTR 200 4V that deserves all the attention. When we compared the FZ25 vs RTR 200 in their BS4 avatar, the RTR 200 won. This continues even today as the only mechanical change is BS6 and additional features added to the package. You would choose the Pulsar 220 only if you are looking for an analogue old school feel and looking motorcycle that you were mad about back in your school/college days.

Listed: Royal Enfield Accessory That Are Useful and Stylish