Ground Clearance on Spec Sheet Set To Change, Reasons Are Naive As They Get In India

ARAI which is also called as the automotive research association of India, has issued a new regulation which states that the measurements of ground clearance should be on the basis of the vehicle’s laden weight or gross weight.

Now what is ground clearance? Ground Clearance in layman language is the shortest distance between the road and the under body car part. The new regulation now states that while measuring the ground clearance the vehicle’s laden weight should be taken into account as it is under these conditions that suspension of the vehicles compress.

Another example is the new Toyota Fortuner. In Australia it has a ground clearance of 225mm while in India it’s just 184mm. The change in this rule was brought about in 2013 union budget where an additional 3% tax was charged on all the vehicles that had a ground clearance of 170mm and above. 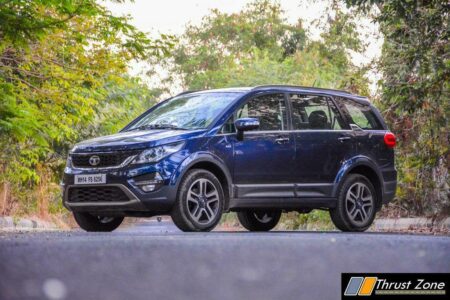 Especially when it comes to Indian roads, ground clearance plays a very significant role. There are higher speed breakers, uneven roads and rubble and rocks on roads cause unexpected damage to vehicles and a huge hole in the purse. In the case of higher ground clearance, the car’s underbody does not get hit by these hindrances and thereby leads to lower maintenance. With this piece of information, we urge customers not to believe in these numbers and count in 20% higher number than the spec sheet.