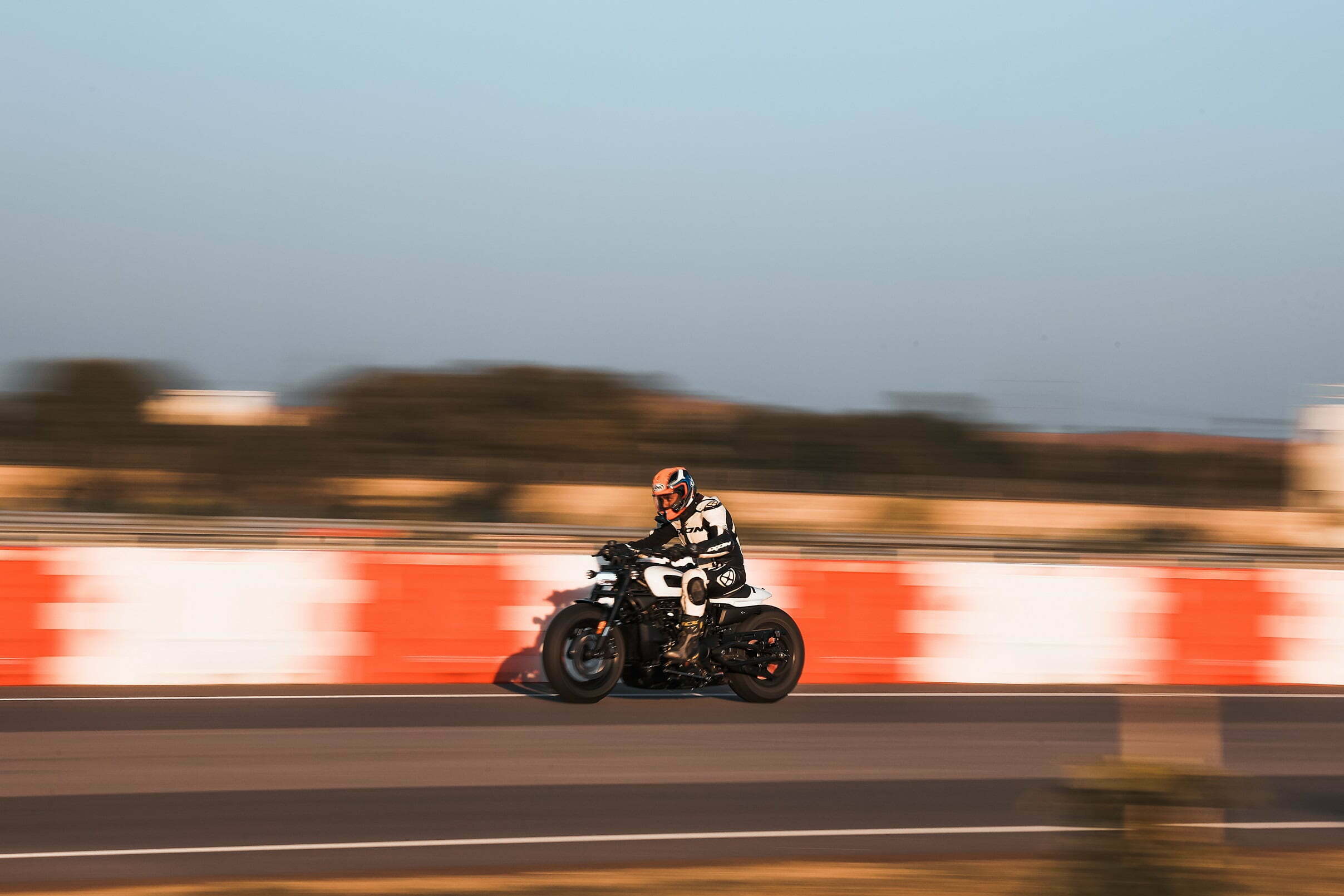 Defined by extraordinary power and performance, the Harley-Davidson® Sportster™ S becomes the first motorcycle in the country to successfully achieve a record of covering 3141 kms in a 24-hours endurance test.

A team of five riders – including National Racers Anushriya Gulati and Vijay Singh along with Vlogger Shubhabrata Marmar joined Malo Le Masson and Vijay Thomas from Hero MotoCorp – to achieve this feat at the world-class test tracks at Hero’s Global Centre for Innovation and Technology (CIT), located in Jaipur in the northern Indian state of Rajasthan.

Supervised by two leading members of Hero’s team at CIT, David Lopez Cordoba – Head of Chassis Functional Development & National Racing Program, and Alex Busquets – Head of Vehicle Validation, the Harley-Davidson® Sportster™ S was put through the test for 24 hours. Both David and Alex bring years of experience in endurance racing all over the world and this proved invaluable in the preparations leading up to achieving this feat.

Starting off the 24-hour clock at 1500 hrs on Saturday, February 5, 2022, the team went through 31 pit stops, which included fuel refill, rider change and fresh tyre changes after every 1000 KM. Every rider completed six runs of an average of 100 km on each run, which was roughly one-full tank of fuel. The team averaged 130.9 km/hr over 24 hours to achieve this feat. The 1.74 kilometer-long oval high-speed track was specifically chosen to attempt the run to test the limits of both human and motorcycle endurance.

Speaking about the experience Ravi Avalur, Head – Harley-Davidson Business Unit at Hero MotoCorp said, “We recently took the Harley-Davidson® Pan America™ to the highest unpaved motorable road in the world and that inspired us to do something uniquely different with the new Harley-Davidson® Sportster™ S. The team at CIT and Hero MotoSports Team Rally stepped in with all their experience and helped us complete this extremely challenging attempt. It is a strong testament to the quality of this H-D motorcycle to have successfully endured the test and gone further than any other motorcycle in the country in 24 hours.”

At the mechanical heart of the Harley-Davidson® Sportster S is a 121-horsepower Revolution® Max 1250T V-Twin engine that puts the Sportster™ S rider in command of unrelenting, on-demand torque. This new version of the latest Harley-Davidson® liquid-cooled V-Twin engine is tuned to make tremendous torque at low RPM, with a torque curve that stays flat through the powerband – engine performance designed to deliver strong acceleration from a start with robust power through the mid-range.

On styling, every visual design element of the Sportster™ S model is an expression of the motorcycle’s raw power. In profile Sportster™ S model appears crouched and powerful, coupled with subtle yet purposeful details on texture, colors and finishes to give it the look of a custom show bike. The fuel tank and tail section frame the engine as the predominant centerpiece of the motorcycle, while the massive front tire recalls the fender-less front end of a classic bobber.

More than an eye-catching ride, the Sportster™ S model is equipped with a host of technologies designed to enhance the riding experience. Three pre-programmed, selectable Ride Modes (Sport, Road and Rain) electronically control the performance characteristics of the motorcycle, and the level of technology intervention. Two Custom modes may be used by the rider to create a set of performance characteristics to meet personal preference or for special situations. Cornering Rider Safety Enhancements by Harley-Davidson®, a collection of technologies intended to enhance rider confidence during unexpected situations or adverse road conditions, are designed to match motorcycle performance to available traction during acceleration, deceleration, and braking, in a straight line or while in a turn.