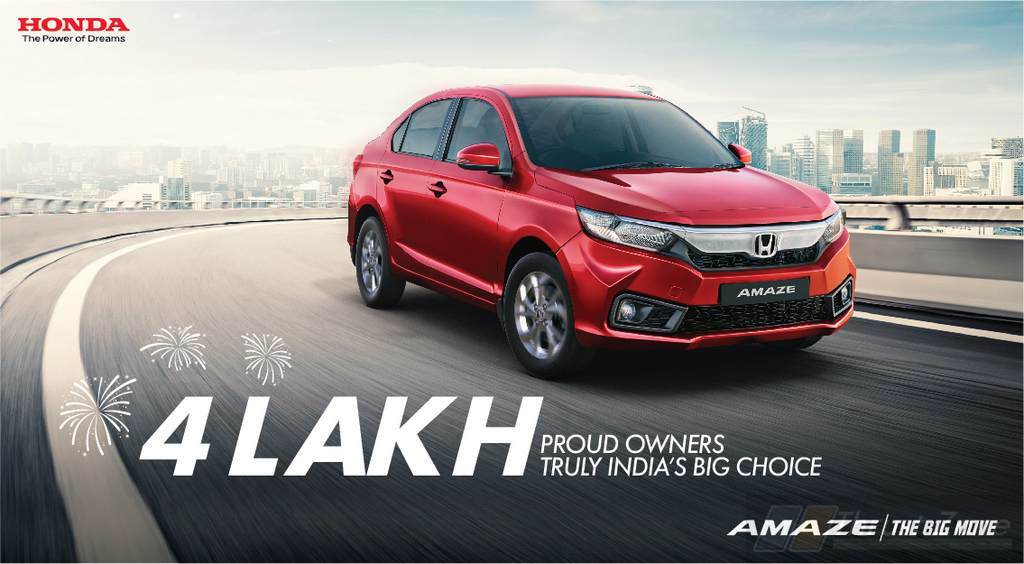 Honda Cars India today announced that its popular family sedan Honda Amaze has cumulatively sold 4 lakh units since its first introduction in the country in 2013. The Amaze, now in its second-generation, is currently Honda’s largest selling model in India and enjoys a strong market position in its segment. The brand Amaze was conceptualized keeping in mind the ever-evolving needs and aspirations of Indian consumers.

Speaking on the milestone, Mr. Rajesh Goel, Senior Vice President & Director, Marketing & Sales, Honda Cars India Ltd. said, “Honda Amaze has been an extremely successful model for HCIL and is a key pillar of our business. The 4 lakh cumulative milestone for Amaze has been possible because of the love of our customers and support of our dealer partners which has helped Amaze to become a popular brand across markets.

It’s a contemporary sedan which not only matches but exceeds customer expectations and this milestone is a testimony that Amaze has struck the right chord with Indian customers. With 42% first time buyers opting for Amaze, we believe it’s a great choice as first car for customers which offers status of a much bigger sedan and great peace of mind with its lowest cost of maintenance to suit their budget.” 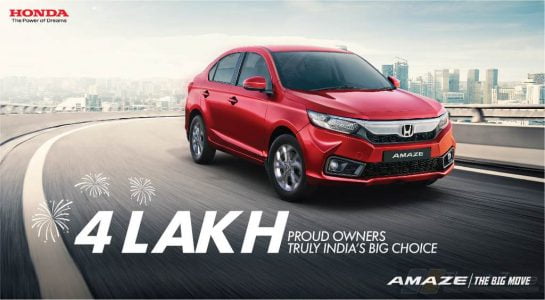 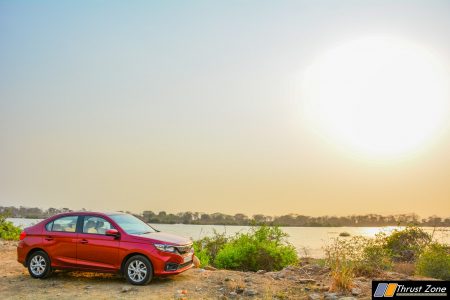 The 1st Generation Honda Amaze was launched in India in April 2013 and sold 2.6 Lakh units till March 2018. In its 2nd Generation, Honda Amaze has so far sold 1.4 lakh units since its launch in May 2018. Being a popular model across metros and non-metros, Tier 1 markets have contributed to almost 44% of the overall volumes while Tier 2 & 3 combined drive its 56% sales. With the growing popularity of automatic transmission models among customers, the share of automatics in Amaze has also increased from 9% in 1st Generation to more than 20% in 2nd Generation version.

The Peace of mind service offering of the 2nd Generation Amaze with best in class 3 years Unlimited Kms warranty and Lowest Cost of Maintenance have also been a strong consideration point for consumer purchase decision.