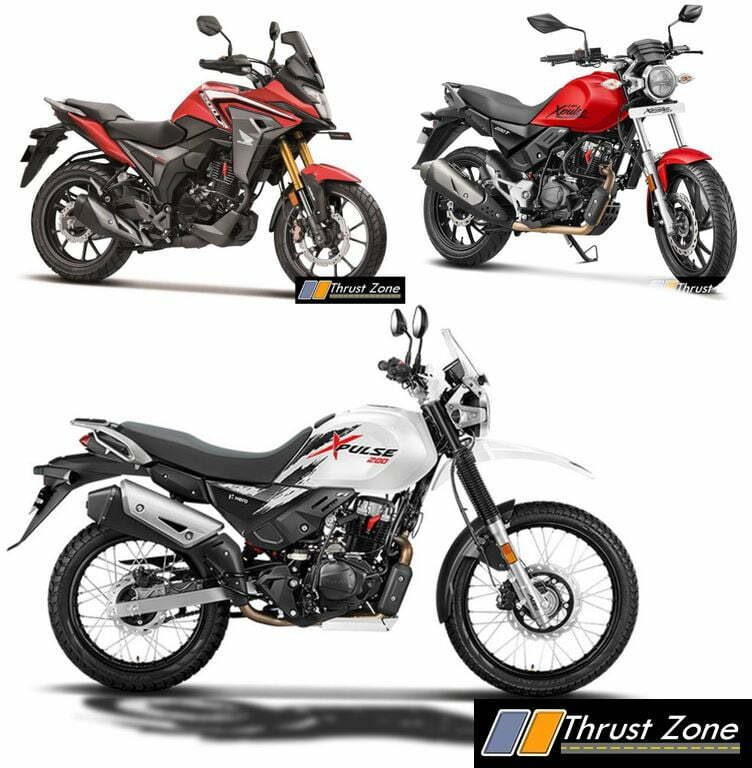 The Honda CB200X is the newest adventure-themed motorcycle to go on sale in India and it competes in the entry-level ADV segment. Now, there aren’t too many options for customers when it comes to proper ADVs in this space. And to be fair, the Honda CB200X isn’t a proper adventure motorcycle either. In fact, the CB200X can be best described as the Hornet 2.0 on steroids. It’s supposed to be a more versatile derivative of the Hornet 2.0 offering more flexibility than the urban commuter. So what models does the CB200X compete against? There’s the Hero XPulse 200 and the more comparable XPulse 200T that are available at a similar price point. So, let’s take a look at how these models stack up against each other.

While the Honda CB200X is pitched as an adventure-based motorcycle, it does not really get a long travel suspension. The bike uses the same USD front forks as the Hornet 2.0, while a monoshock does duty at the rear. The Hero XPulse 200 gets a long travel suspension set-up. This includes telescopic forks at the front with 190mm travel and a 10-step pre-load adjustable monoshock at rear. The unit is the same on the XPulse 200T but with a 130mm travel at the front and 7-step adjustability at the rear.

The Honda CB200X and the XPulse 200 range are underpinned by a Diamond tubular frame.

When it comes to other parts, that’s where you see why the CB200X is all show. The bike rides on 17-inch alloy wheels on both sides but with dual-sport tyres. These will be best for the tarmac and tackling mild off-roading terrain. The front uses a 100/70 section tyre, while the rear uses a fatter 140/70 section rubber. Both are tubeless tyres.

The Hero Xpulse 200 and the 200T get the larger displacement with the 199.6cc single-cylinder, oil-cooled engine churning out 18.08PS 8,500RPM and 16.45Nm at 6,500RPM. The engine is paired with a 5-speed gearbox. All three engines are fuel injected to comply with the latest emission regulations.

On paper, the CB200X does feel steeply priced but can it justify the premium? We will have to wait till we get our hands on the motorcycle to give you the right answer.

Iconic Tata 407 Gets A CNG Option – Launched in India