Hyundai Xcent Prime CNG will make sure it offers more to the fleet market where the car is primarly made for, even the new facelift version

Korean automobile giant, Hyundai had come up with the all new Xcent subcompact sedan during the year 2015. Though it had been selling out reasonable number of vehicles in the margins of 4000 to 5000 cars on an average every month, the company brought out a facelift of the car in the month of April, this year. The pre-facelift car is now available for sale especially for the taxi market, which the company signals as the Xcent Prime. The South Korean manufacturer would be selling cars for the taxi segment under the sobriquet ‘Prime’.

Now, there is a special news for the taxi drivers Hyundai Motor India stated that the company is all set to launch a CNG variant in the Xcent Prime and that it will be unleashed in the month of September. The CNG unit will be factory fitted and will be incorporated only in the petrol variant of the Xcent Prime which arrives with the 1.2-litre Kappa Dual VTVT engine producing an astonishing power of 82 bhp and develops 114 Nm of peak torque. The company had announced in November 2015 that the Xcent and the Grand i10 were available with the CNG unit.

The Xcent received the Dual ECU Dynamic Sequential Technology (DEDST) CNG kit with separate injectors. As stated by the technicians of the company, these injectors, send out an optimum level of gas flow to the engine and also helps in retaining adequate power production. Xcent Prime CNG also brings out good performance at all times. The DEDST CNG kit fitted models were included in the company’s unlimited kilometres warranty which is valid up to a span of two years.

Xcent Prime CNG comes in two trims: T & T+ and offers a warranty of 100,000 kms/ 3 years and is specially tuned for CNG compatibility. The factory fitted CNG has many advantages, as the Xcent Prime comes with factory fitted SLF – Speed Limiting Function at no additional cost to end user. Factory fitted CNG will also help ease of registration and financing process besides giving registration tax benefit in select areas. Additionally, the factory-fitted CNG will save time of installation post-delivery making it direct to use. 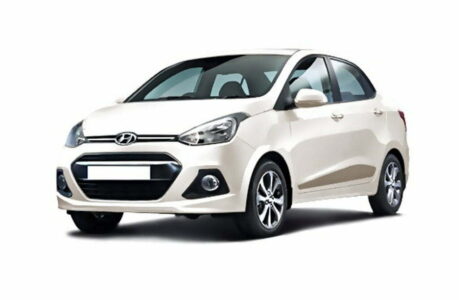 However, Hyundai will now be contributing the CNG kit as a workshop qualified unit on the Xcent Prime and this is very much advantageous to the high demand of the car, also as the flipside fuel in the market. The Xcent Prime presently sells around the environs of 2000 to 3000 units per month and along with the addendum of the CNG variant, Hyundai is looking forward to sum up and hike those numbers in order to compete against their arch rivalry, Maruti Suzuki Swift Dzire Tour. Xcent Prime CNG is available at Rs. 5,93,231(T) and Rs. 6,12,911 (T+) ex showroom Delhi.