In Brief and Must Read: Rally Raid Workshop By Ashish Raorane On Motocross and More 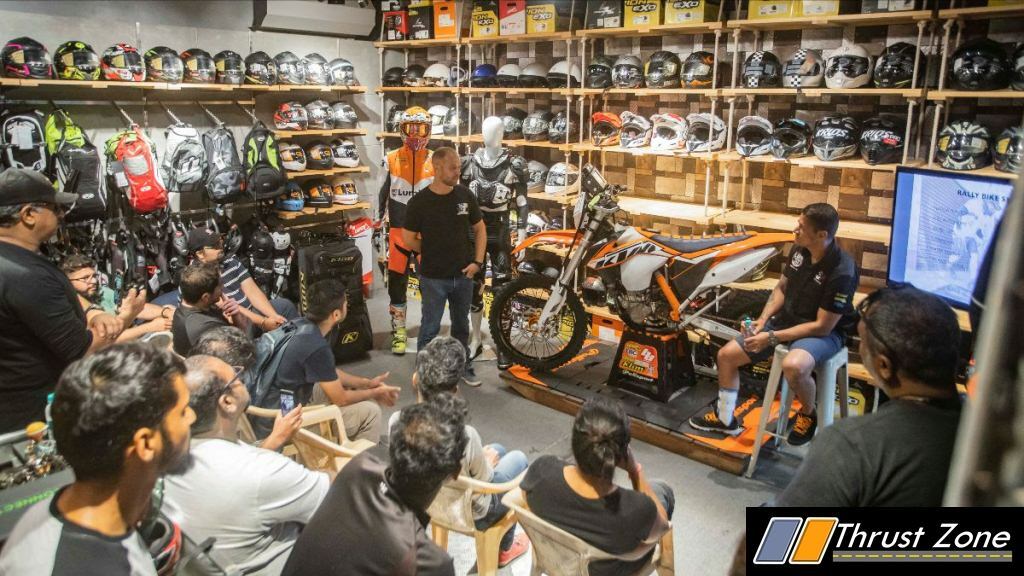 India’s only international privateer rally raid motorcycle racer, Ashish Raorane, conducted a special how-to workshop for a small community gathering in Mumbai. The event was attended by media, bloggers, moto-enthusiasts and aspirants, and presented an opportunity for everyone to get to know Ashish and what led him to deep-dive into the world of motorsport. Ashish did not disappoint, as he cheekily described how his journey started with a washing machine.

The interactive sessions that followed drew upon Ashish’s in-depth knowledge about the various formats of rallies and his own rich experience, highlighting differences between motorsports in India and worldwide, and most importantly: what it takes to be a privateer. The ups and downs, hurdles he’s had to jump to get to his current FIM Bajas world ranking at #12 had the audience solidly engaged.

The session was peppered with guidance on how to get there and what it takes to go further in the world’s toughest 2-wheeled motorsport format.

Ashish continued to shed light on the technical aspects of rally raid. He spoke of the nuances of the creation and use of road books, race GPS applications, navigation, and what it takes to train and master the art of multitasking on a rally motorcycle. He spoke of his approach to physical and mental fitness, and how this helps eke every last bit of performance out on race day.

Ashish and Kunal Bhaskaran of Slipstream Performance shedding light on the nuances of bike setup for cross-country rallying. An added bonus was the presence of Kunal Bhaskaran of Slipstream Performance, who builds and maintains Ashish’s race machine — the KTM 450 EXC motorcycle. Kunal and Ashish answered questions about the modifications and customisations that have contributed tremendously to Ashish’s prowess and journey as a rallyist and Africa Eco Race (AER) 2020 contender.

Interesting takes on the same include how oil has to be changed everyday in the bikes for a reliable race while factory racers entirely newly built engines in every race. How suspension oil has to be changed every 12 hours after training or racing just to make it safe and go over all the different terrains. How suspension which is factory made isn’t available of the shelf easily even in best aftermarket shops. How specially made tyres also need to be changed and has to be selected carefully for every race as terrains keep changing from off-road to on-road at times too. 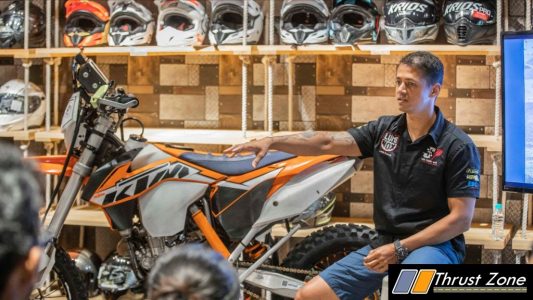 An inspiring Saturday afternoon in a room full of industry, aspirants, moto-enthusiasts and friends. It ended with an introduction to Ashish’s next rally: the AER 2020 — a relatively new event that follows the route of the original, legendary Dakar Rally. Ashish plans to compete at the AER 2020. He continues to be supported by incredible brands and patrons such as Luminox, Lazy Ass Bikers, Big Bad Bikes, MotoUsher, Klim, Leatt, EBC Brakes and Slipstream Performance.

We wish Ashish Raorane the best of luck for the current healing process and his upcoming race where we have no doubts he will outshine competition and surely make the nation and new found fans proud!