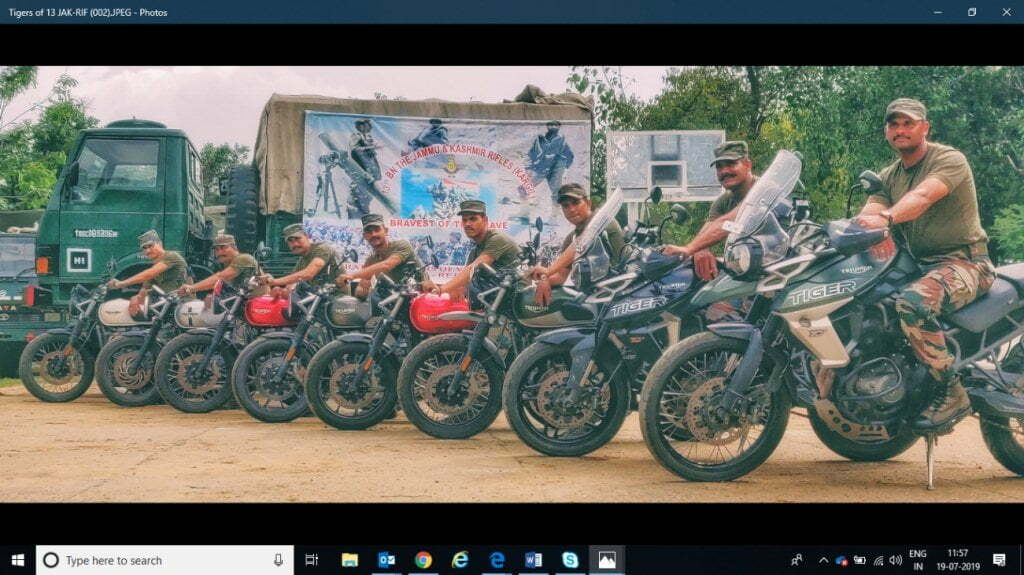 Remembering the bravery and courage of martyrs who laid down their lives during the Kargil war, members of 13 JAK- RIF, the unit Param Vir Chakra awardee, Captain Vikram Batra was a part of, undertook a motorcycle expedition from Mana Pass in Uttarakhand to Drass War Memorial in Kargil, J&K. This is the 20th year of the Kargil war, a historical event not just for the recapture of peaks by the Indian army, but also given its nature of being one of the few high-altitude tactical warfares in history. 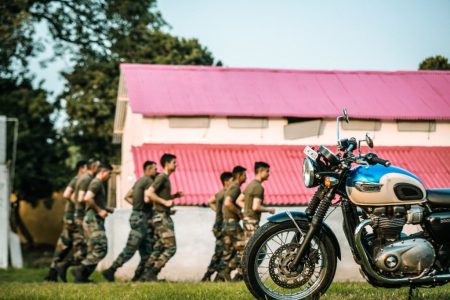 The month long expedition is being undertaken by a 14 member team on 9 Triumph motorcycles comprising a mix of both the Bonneville Modern Classics and the Tigers. The journey started in Mana village and will cover various army bases, while also passing through Khardung La and finally concluding at the Drass War Memorial in a commemorating ceremony in the presence of President Ram Nath Kovind and the Indian Army Chief.

Speaking about the project, Mr. Shoeb Farooq, GM Triumph Motorcycles India said: ‘It is a proud moment for us to be part of this project with the Indian Army. We’re glad that Triumph motorcycles are the choice of steed for the soldiers who are meeting families of the martyrs. We will be managing the technicalities and the back-end for this ride. Being part of this project is our way of showcasing our respect not just for the Indian Army, but also the martyrs who laid down their lives for the nation. While the fleet mainly comprises of the Bonnevilles, our Tigers are also part of the ride as symbolic gesture of victory for recapturing Tiger hill. As a brand we endeavor to work closely with the Indian Army and this is just one of the various initiatives on which we plan to build this relationship further”.

This year Kargil Diwas is being celebrated with a zealous theme of ‘Remember, Rejoice and Renew’ and Triumph is doing its bit for celebrating Kargil Diwas with a theme of Tigers of the nation to spread awareness about the war and the achievements of the Indian army during that period.