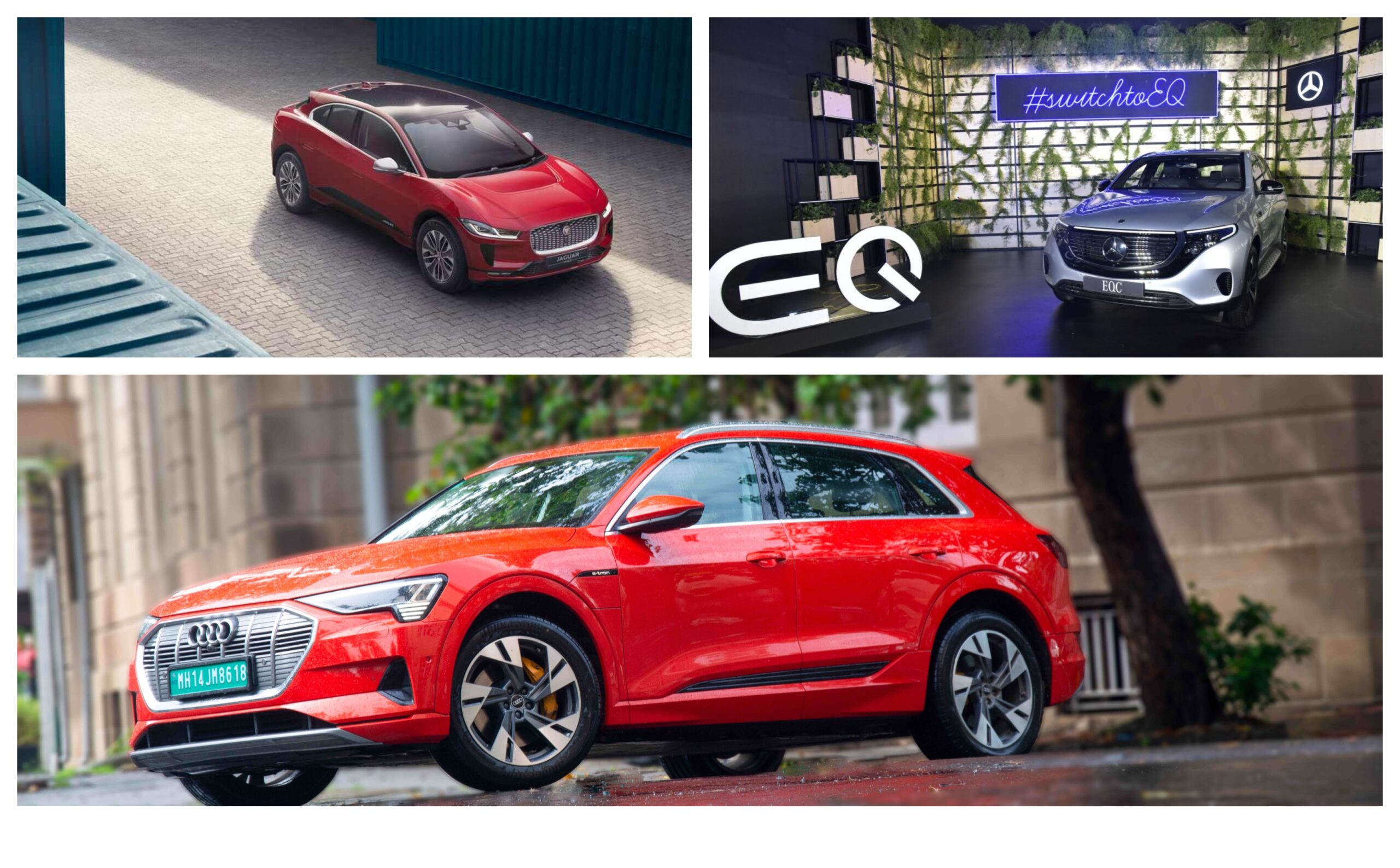 The launch of the Audi e-Tron in the market pits it directly against the rivals such as Mercedes EQC and Jaguar I-pace. In this specification comparison review, we assess and evaluate these three electric luxury cars on important parameters of price, dimensions, performance, and features so that you’ll know which one of these you should bet your money on.

Retail Price
There is not much difference as far as pricing of these three cars is concerned. Mercedes has offered EQC only in a single variant while both Audi and Jaguar comes with three trim levels for their respective offerings. Audi’s e-Tron is priced lowest at Rs 99.9 lakh for its base 50 variant but it’s also the priciest with its top-trim costing a hefty Rs 1.17 crore.

Dimensions
In terms of dimensions, each of the cars here has something unique to offer to prospective buyers. While e-Tron is the tallest and longest in the bunch, I-pace is widest amongst the all. EQC, on the other hand, comes with the highest ground clearance which should benefit the buyers while negotiating the infamous obstacles on Indian roads including abnormally sized speed breakers.

Performance
In the department of performance, the Jaguar takes the lead with its highest claimed range of 470 km, thanks to its largest 90 kWh lithium-ion battery. However, it’s MercedesEQC that comes out on top in delivering the highest power and torque output of 408bhp and 700Nm respectively. That said, Audi and Jaguar are not far behind with their outputs a touch lower than the three-pointed star.

Features and Equipment
All three cars here are well equipped in terms of features and equipment. Mercedes has equipped EQC with energizing package and the ambience and quality inside is truly first-rate. From multi-contour seats to massage function and from air balance package to programmed ambient lighting, Mercedes has got it all. In addition, EQC also offers an air-balance package, automatic climate control, Apple CarPlay and Android Auto, Burmester surround sound system, and sliding sunroof among others.

Jaguar has also equipped I-Pace to the brims when it comes to features. The navigation system of I-pace is really useful and offers live access to the charging stations besides providing the traffic updates on a real-time basis. The best part is that even in the absence of connectivity, the information related to parking and places can be accessed. The car also offers a smart band that allows the user to get crucial information related to the car on InControl App. The feature of Jaguar optimized assistance is also available on the I-pace which can come in handy in case of a breakdown. Other significant features include the Meridian Audio system, heads-up display, sunroof, and interactive driver display.

Audi e-Tron is also second to none when it comes to the feature list. It gets LED Matrix headlamps and tail lamps, panoramic sunroof, multifunctional steering wheel, paddle shifters, cruise control, 4-zone automatic climate control, and Audi’s virtual cockpit. Besides, it also features a rearview camera with parking sensors, a touch screen infotainment system, and Audi’s interface for the smartphone.

Conclusion
All three luxury EVs here are closely matched in various comparative parameters which means that the purchase decision boils down to individual choice and preference. While Mercedes has the most opulent and feature-rich cabin, Jaguar offers the maximum range to buyers. Audi comes across as a superbly designed, well-rounded package that makes it more appealing to consumers, especially, Bollywood!