Kia Sonet CNG Spotted Testing For The First Time, Could Be A Turbo Petrol 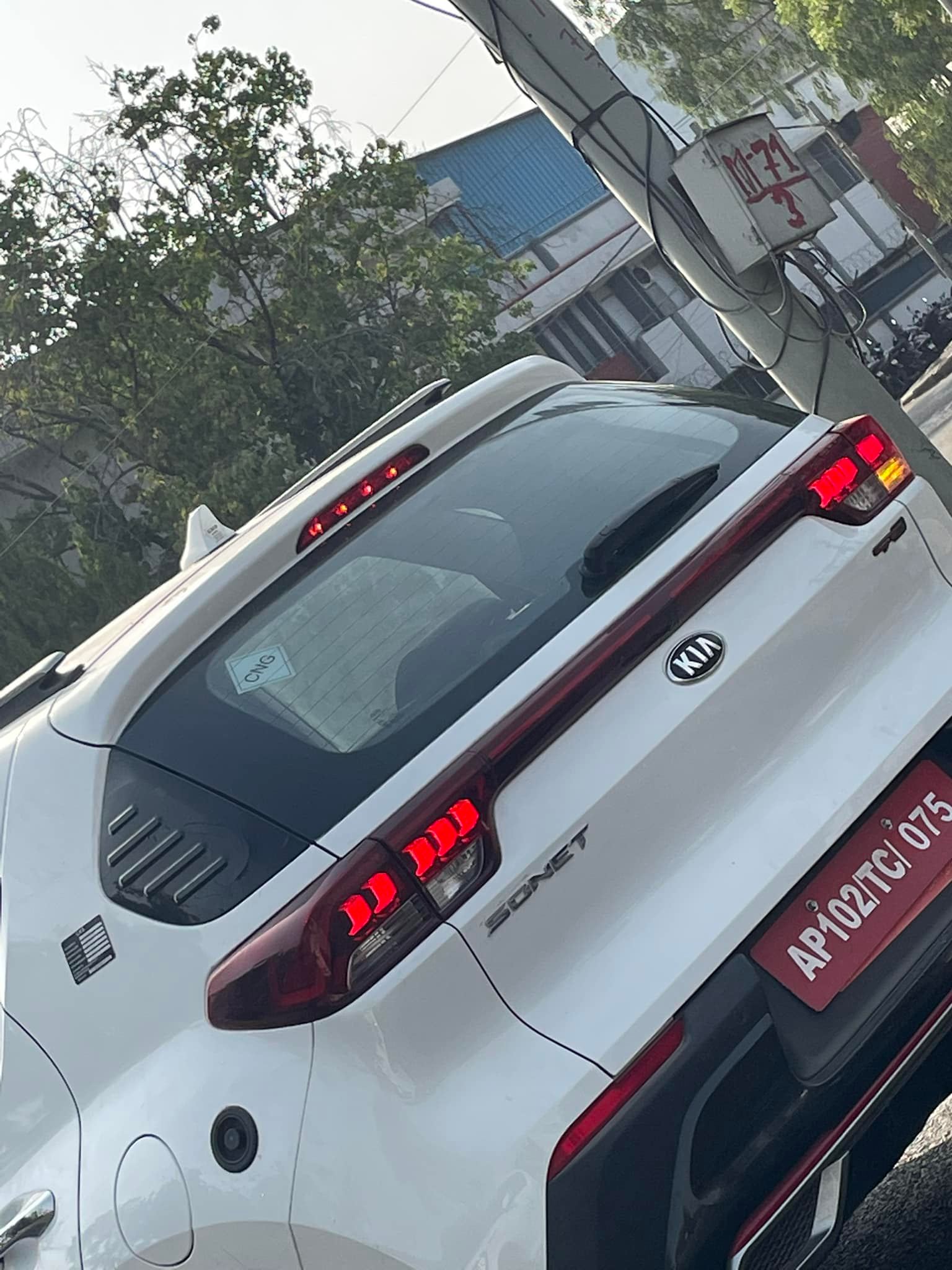 Kia India recently rejigged the Sonet range with new colours and features, keeping the model fresh for the masses. However, there are more updates to the Sonet that you should be looking forward to and one of them is the addition of a CNG option, or so it seems, going by the latest spy shots. A CNG test mule of the Kia Sonet has been spotted testing for the first time and hints at the possibility of the subcompact SUV getting a CNG version soon.

The test mule is based on the older Sonet with the old Kia badge clearly visible. But you can also see the CNG intake valve nozzle on the left rear fender next to the petrol fuel filler cap and the CNG sticker behind the rear windscreen. This could mean a CNG tank in the boot, and while it will reduce the cargo space considerably, there’s no denying that owners will be saving a lot when it comes to running costs. The resurgence of CNG vehicles has come courtesy of rising fuel prices, especially since petrol is above Rs. 120 per litre in some places across the country.

Tata Motors was the first to jump on the CNG bandwagon with the Tigor and Tiago CNG versions that have been developed keeping private buyers in mind and also offered in the top-spec trims with all the bells and whistles. Maruti Suzuki is going the same route with the Dzire, Ertiga, and soon the new-gen Baleno and Vitara Brezza as well. The Toyota Glanza will follow suit later in the year. This leaves the Koreans to play catch up and the Sonet could be a smart move from Kia India.

There is a possibility that Kia will bring the Sonet CNG with the 1.0-litre turbo petrol engine, possibly along with the 1.2-litre naturally-aspirated petrol. While there’s no confirmation on the powertrain yet, the 1.0-litre turbo with 120PS and 172Nm could just offer a good balance between power and efficiency. It’s likely that the engine will be detuned for the CNG version but it’s still likely to produce more power than you need on a CNG model. It will be also interesting to see if Kia offers a manual version with the CNG model, considering the 1.0 turbo only comes with the iMT and DCT options.

Meanwhile, the 1.2-litre petrol on the Kia Sonet makes about 83PS and 114Nm and this motor will be detuned as well. It will also be a more accessible option for customers with a 5-speed manual gearbox in place. With fuel and CNG prices set to rise, and electric vehicles still very few in number and priced at a significant premium, CNG cars seem to be the stop-gap measure for most carmakers and customers alike. There’s no word on when the Sonet CNG could arrive but we do expect to see it in the market in the second half of the year.