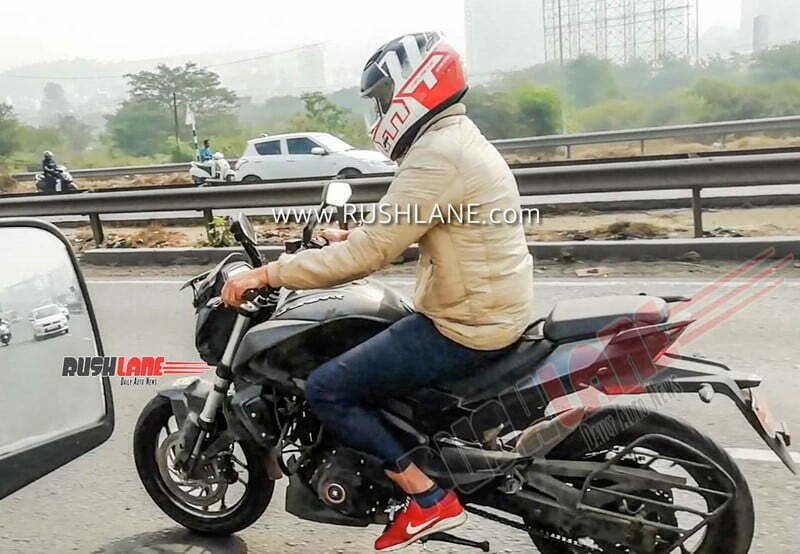 Of late, the spy images of a Dominar test mule have surfaced and if the speculations are anything to go by, Bajaj is developing a smaller BS6 Dominar 250 on the platform of the Dominar 400. There are many subtle hints on the test model that set it apart from the regular Dominar.

Take, for instance, the swingarm which is considerably different on the testing bike. Contrary to Dominar 400 which has a chunky swingarm, the test model is running on the substantially narrower and thinner swingarm. Another strong clue is the chain cover which is different on the model being tested than one on the standard Dominar. In fact, both swing arm and chain cover feel closer to the design of these parts on Pulsar NS200 which, in turn, suggests that the Bajaj might be testing the smaller Dominar model using parts of the Pulsar. 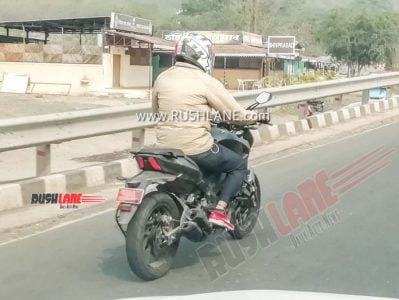 What further strengthens our speculation is the fact that the testing model is riding on the thin rubber. For reference, Dominar 400 rides on meatier 110mm and 150mm tires though the spy images of the testing bike revealed that the bike has considerable thinner tires. Even the disc brakes are different from what we get on Dominar 400. On the engine front, it’s not possible to get the idea of the engine capacity from spy images but it appears that the mill belongs to the Dominar family albeit in a smaller capacity.

Overall, the two possible scenarios emerge from these spy shots – either the test bike belongs to the lower variant of Dominar 400 or it is an all-new Dominar 250. The former possibility doesn’t make much of a sense as Bajaj has updated Dominar 400 only recently. The latter possibility, on the other hand, is a more feasible option as launching Dominar 250 will definitely give Bajaj a more say in the premium bike segment.

However Bajaj in 2017 did confirm once to ThrustZone that it will not go down the chain with Dominar and will go higher instead. Given its success right now, in 2020, either options cannot be ruled out and the sales numbers of the brand could increase and reach its first targeted volume of 10,000 units a month now with this move.

Bajaj Pulsar Is Finally An Adult at 18 – With A Heart and Mind Of A Child!