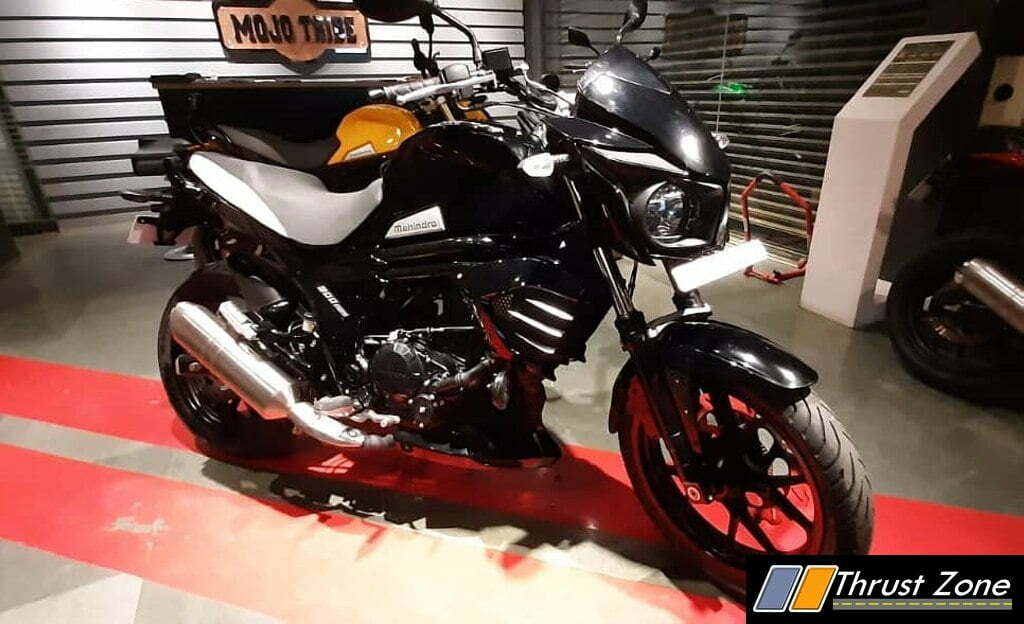 According to the new safety regulations which came into effect from April 1, 2019, every motorcycle with the engine capacity above 150 cc has to feature Anti-Lock Braking System (ABS) as a part of its standard equipment. Mahindra has updated Mojo 300 with ABS and the bike has now started reaching dealerships. It took Mahindra some extra time to update the Mojo with the required hardware (ABS) in order to meet the new safety regulations. The reason behind it is that along with ABS, the company wants to make other changes too in the motorcycle and hence, this delayed the process.

Mahindra Mojo 300 ABS is powered by a 295 cc, fuel-injected, single-cylinder engine which has been taken from XT300 where it puts out 27.2 [email protected],000 rpm and [email protected],500 rpm of max power and max torque respectively. It will be interesting to witness whether in Mojo the engine will make the same amount of power and torque. Suspension duties in the Mojo will be handled by Telescopic front suspension and there won’t be USD forks that one usually expects from the high-performance bikes. In addition, Mojo loses out on many features including LED DRLs and double- pipe exhaust system. 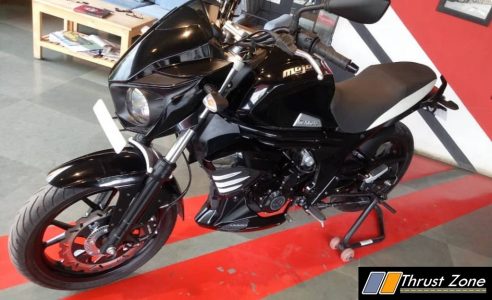 Mahindra has replaced MRF zappers and Pirelli Rosso tires that were used by the XT and UT variants by new Angel CT tires from Pirelli. The braking hardware has also gone under transformation as the Mojo now receives Bybre brakes rather than J.Juan of the outgoing model. Upfront and at the rear, Mahindra Mojo uses 320mm and 240mm disc brakes respectively. The demo bikes are yet to arrive at dealerships and deliveries are expected to start at the end of July. Once launched, Mojo 300 will be on competing against Bajaj Dominar 400 which has been priced at Rs 1.74 lakh (ex-showroom Delhi).