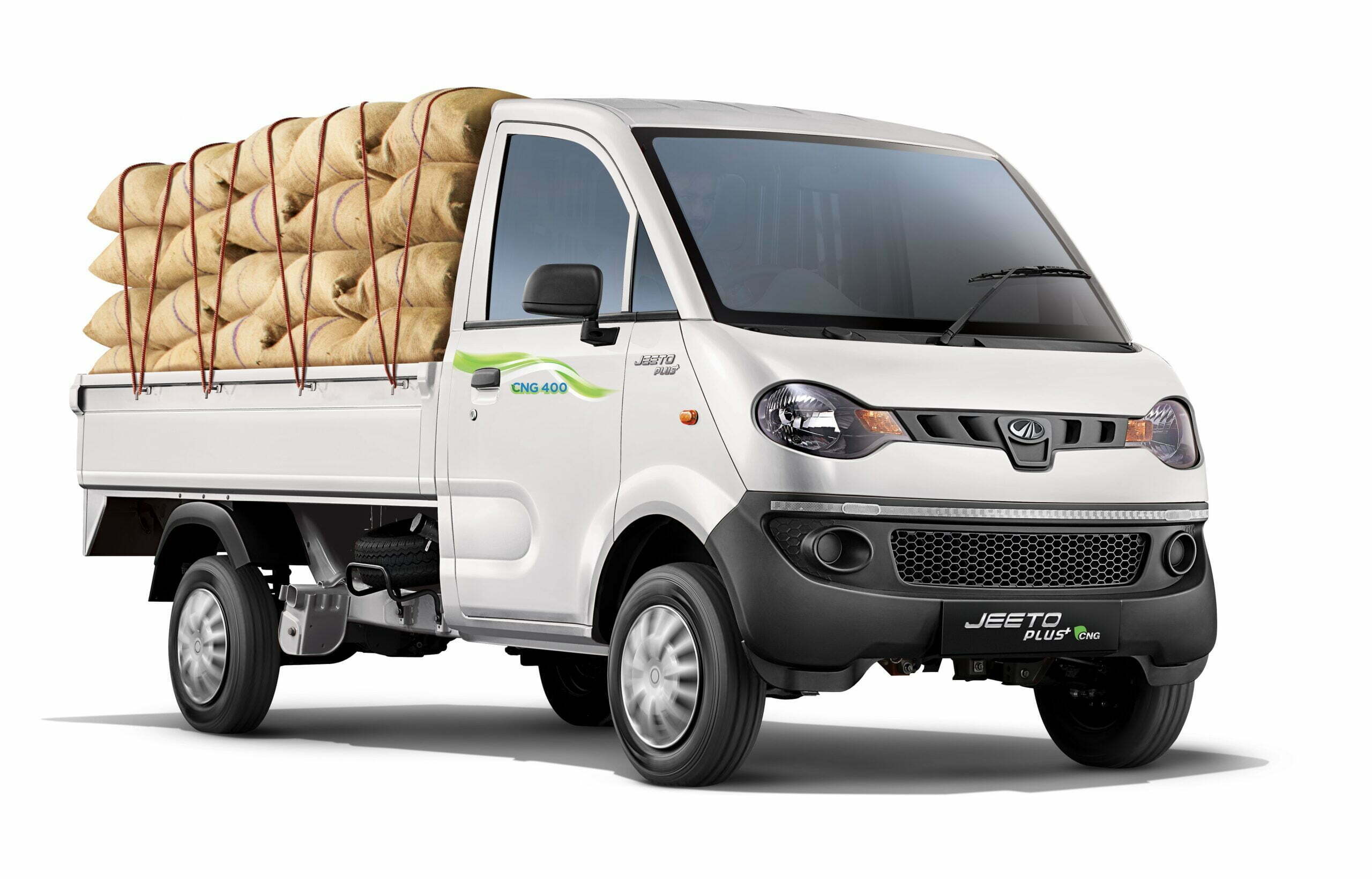 Mahindra today announced the launch of an addition to its existing Jeeto Plus range that promises to set new standards in fuel efficiency and mileage.

Competitively priced at ₹5.26 Lakhs (ex-showroom, Pune), the New Jeeto Plus CNG CharSau has been developed to cater to the evolving last-mile connectivity and logistics needs of transporters. It comes equipped with a range of stand-out features that makes it a perfect fit for the business requirements of small and medium-scale businessmen and traders across India who offer last-mile transportation solutions.

To be rolled out from Mahindra’s state-of-the-art Zaheerabad plant, the New Jeeto Plus CNG CharSau comes with a segment leading warranty of 3 years/72,000km (whichever is earlier). It will be available in 3 attractive colours: Diamond White, Ultramarine Blue and Sunrise Red. The vehicle is supported by Mahindra’s extensive service network, which is one of the largest in the country.

The New Jeeto Plus CNG CharSau has segment leading range of over 400 km#, the first in the segment. Further, it has the best-in-class mileage of 35.1 km/kg#. Jeeto Plus CNG CharSau has 2 CNG tanks with a total capacity of 68 litres (40L+28L). It has a longer deck length of 2257 mm (7 ft), class-leading payload capacity of 650 kg, lowest maintenance cost (₹0.22 per km) and most affordable price which in turn gives higher savings of about 30%* over other CNG mini trucks. It also comes with a class-leading warranty of 3 years/72,000km (whichever is earlier). Aimed at small and medium scale businessmen and traders across India to offer dependable last-mile logistics and transportation solutions, the launch offer includes 1.99% interest rate, in turn offering savings of up to ₹5 Lakhs over a 4-year period.

Best-in-class Safety
The New Jeeto Plus CNG CharSau provides the highest level of safety in its category. The cabin has been designed to provide better safety to the driver and co-driver in the event of a crash. The unmatched safety is owing to its semi forward design, strong body, and superior chassis with larger wheelbase of 2500 mm for better balance. The compact size and smooth steering render easier maneuverability in narrow city lanes and by-lanes. Further, the vehicle also boasts of best-in-class pick-up and acceleration for better drivability on busy city roads.