Maruti Large SUV Is Coming – Would You Buy A 20 Lakh Maruti?

After a huge success by Maruti Suzuki’s Vitara Brezza, Maruti has decided to launch a series of SUV’s over the next few years. Maruti Suzuki is planning to design an SUV which is slightly bigger than the compact Vitara Brezza to compete with the Tata Hexa and Mahindra XUV 500. The SUV is being developed on Suzuki’s 5th generation C platform and has seduced the production to begin from 2020. Maruti Suzuki is not only planning for a bigger SUV but also planning for a smaller SUV i.e. smaller than the Vitara Brezza. The craze and fascination that Indians show on utility vehicles, has made it a crucial segment for the automakers.

The Utility vehicles have occupied a large segment for 30% in the Indian market which is 7,61,997 units as of March 31. Since the production and sales of utility vehicles has gone up, the passenger car segment has gone down to less than 4%. Since Maruti has sold 1,95,741 units of Vitara Brezza, Maruti has secured a 38% share in the market.

The length of Vitara Brezza is 4400mm and is priced up to 12 lakhs. This accounts for about two-thirds of the utility market. The Vitara Brezza Maruti’s latest suv has had double the sales of its rival the Ford Eco Sport. Since Maruti has concentrated more on the Vitara Brezza the presence of the company in other segments is not so prominent.

For Maruti Suzuki, the money-spinner market is the Indian market because it gives them a huge amount of returns. Maruti Suzuki is planning to release a SUV style hatchback with the code name Y1K which will enter the market in 2019 to race past the sales of Renault KWID. The company is also analyzing and researching to release a hatchback and a SUV. This project is at the very first stage and the decision is yet to be taken.

The company’s most ambitious attempt is to build a car under the 5th generation C platform, which is one step higher than the cars of rupees 10 lakhs price segment since the cross over S-Cross and sedan Kizashi. Both of which didn’t bring the kind of volume Maruti vehicles have usually seen. 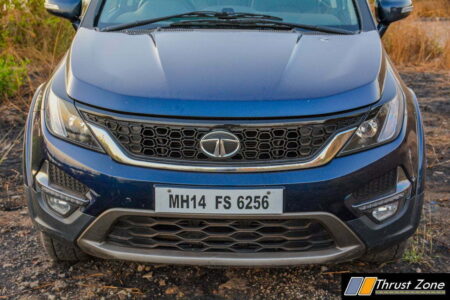 The success of Vitara Brezza’s has challenged the leadership of Mahindra & Mahindra in the utility vehicles space. At the end of Fiscal 2017 the difference between Maruti and Mahindra was just 27000 vehicles in a segment.

Mahindra has captured 29% of the segment share in the market whereas Maruti has captured a large percentage of the market in no time too. Maruti Suzuki is betting big on the Indian subsidiary which peaks up both sales and profit. They are expecting to increase the annual sales to 2 million units before 2020. The company taking into consideration all the possibilities to full fill the Indian customer’s needs