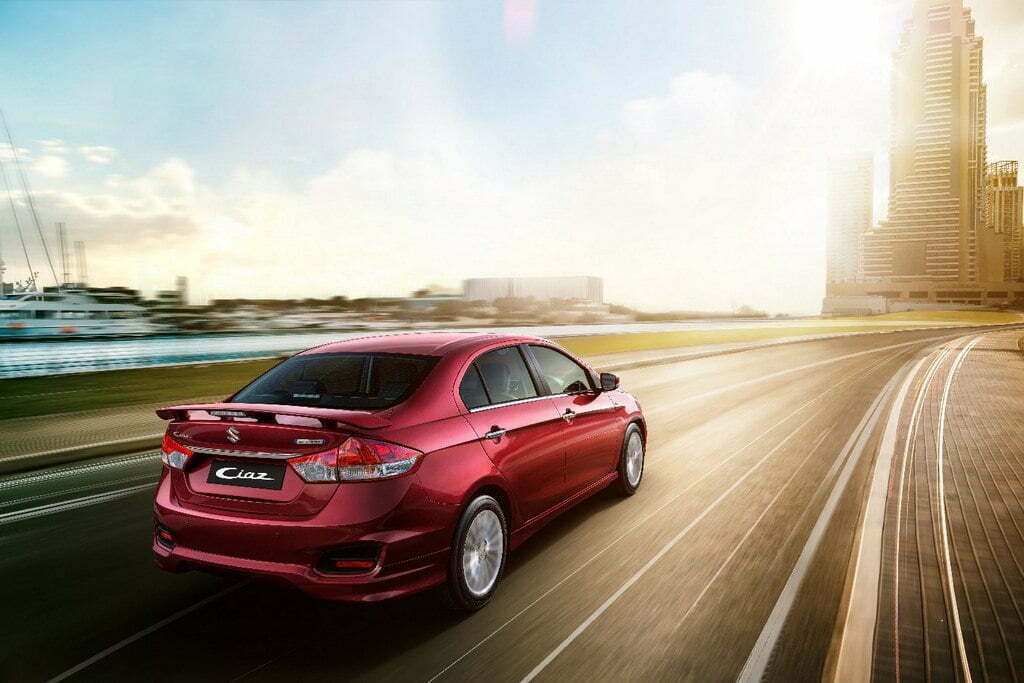 Maruti Ciaz S is a version which gets an aerodynamic kit to make sure it makes a more sporty appeal while carrying the new elegant design language.

Ciaz from Maruti Suzuki is now also available in a more sporty form and it is called the Ciaz S. The Ciaz S has been refreshed with a spoiler pack – front, side and a rear under-body plus trunk-lid spoiler – that adds distinctive look and enhances the aerodynamics of the car.The Ciaz S comes with an all new premium black interiors with grey chrome finishing. 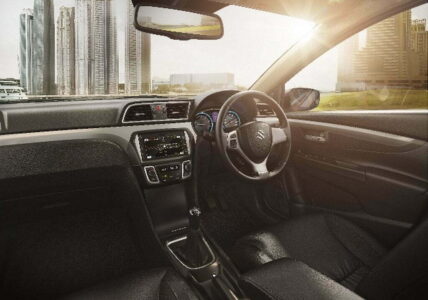 Ciaz has established itself as one of the most progressive brands of Maruti Suzuki and has sold over 1.70 lakh units of Ciaz cumulative since its launch in October 2014. Introduction of Ciaz S will further strengthen the position of Ciaz in the market by catering to a younger yet premium customer.

The Maruti Ciaz S will be available in both petrol and diesel trims and will feature all benefits of Ciaz Alpha. Currently, Ciaz is the best-selling sedan in the A3+ segment with a market share of 43.5% Ciaz Diesel Smart Hybrid still leads the fuel efficiency charts and is India’s most fuel efficient car with a mileage of 28.09 km/litre.

The shift of Ciaz to NEXA, earlier this year, not only helped in providing enhanced car buying experience for the customers but the power combination of Ciaz and NEXA further strengthened the brand that stands for Comfort-Intelligence-Attitude-Zeal. The top variant of Ciaz now know as the Alpha variant, now contributes to 43% of the model sales (first quarter of FY17-18). 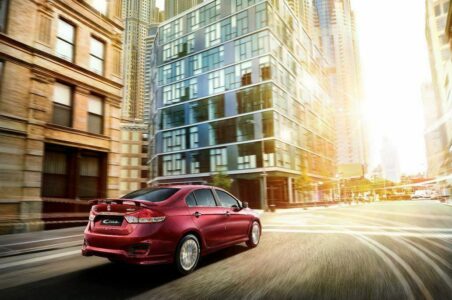 Ciaz is future ready in safety regulations. It complies with frontal offset, side impact and pedestrian protection regulations ahead of time. It is loaded with dual airbags, seat belt pre-tensioner with force limiter, ABS with EBD and ISOFIX (child seat restraint system) from base variants upwards.

Ciaz features several industry first innovations such as the integrated SmartPlay® in-car infotainment system and the projector headlamps. The designers have paid special attention to ensure space, comfort and convenience for rear seat occupants as well. Ciaz S is replacing the RS version of the past which did quite well in the market.