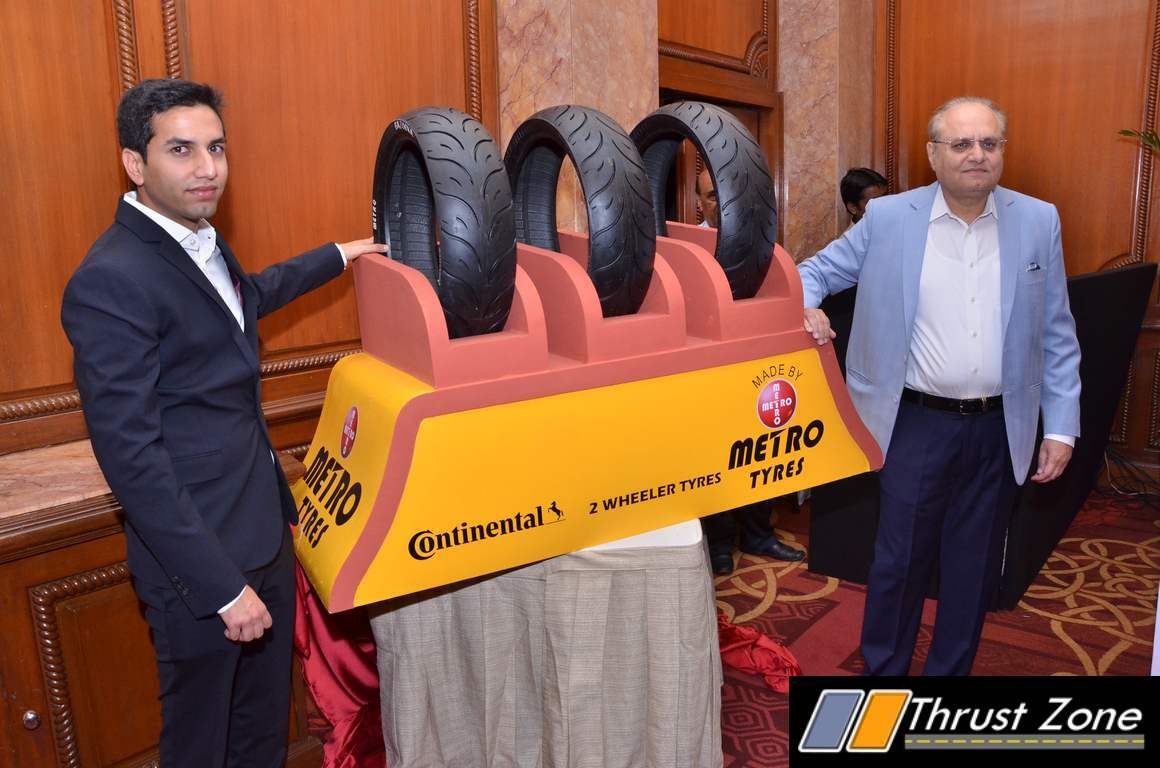 Metro Tyres today announced its expansion into the two-wheeler radial Motorcycle tyre segment in the India market. The new range of tyres have been designed and developed at the company’s R&D Facility in Punjab. Metro Tyres will be investing Rs. 300 crores in upgrading this facility, capacity expansion and inclusion of futuristic R&D facilities soon.

Metro Tyres has collaborated with Continental, Germany and taken the complete technology transfer to India to produce tyres of global quality standards. Metro Tyres claims the technological collaboration with a global tyre manufacturer is an industry first. This will help the company foray into this ultra high quality tyre segment, which requires cutting edge technology for its design, manufacturing along with testing & validation.

Metro Radial Motorcycle tyres comes with extra flexible sidewall and has a higher tread rigidity. All of this helps in leading to a better ride and an increased longevity. The stiffer tread lowers the tyre rolling resistance and thus provides higher vehicle fuel efficiency. The flatter tread provides a larger ground contact area, better stability at higher speeds.

The plies in radial tyres allow the tyre to flex on its sidewall more easily. These tyres heat less in momentum and can sustain higher speeds for a longer duration. The tyres are highly localized at 90%, these tyres will cater to 150cc segment and mid-weight motorcycle segment of 200-250cc segments as well. Indian customer are set to have a good driving experience on the challenging Indian roads and is tested under extreme weather.

The two-wheeler industry in India is growing at a CAGR of 8.5% and as per estimates. The country has over 120 million two wheelers currently. Metro claims this is a massive playing field for manufacturers like them. With Make in India prospering, Metro will be another manufacturer. Metro tyres says the products will be available for sale immediately at company’s select dealers across the country. Want a FZ or Gixxer Replacement, give them a shot. Meanwhile, we will review them for you as soon as we can.