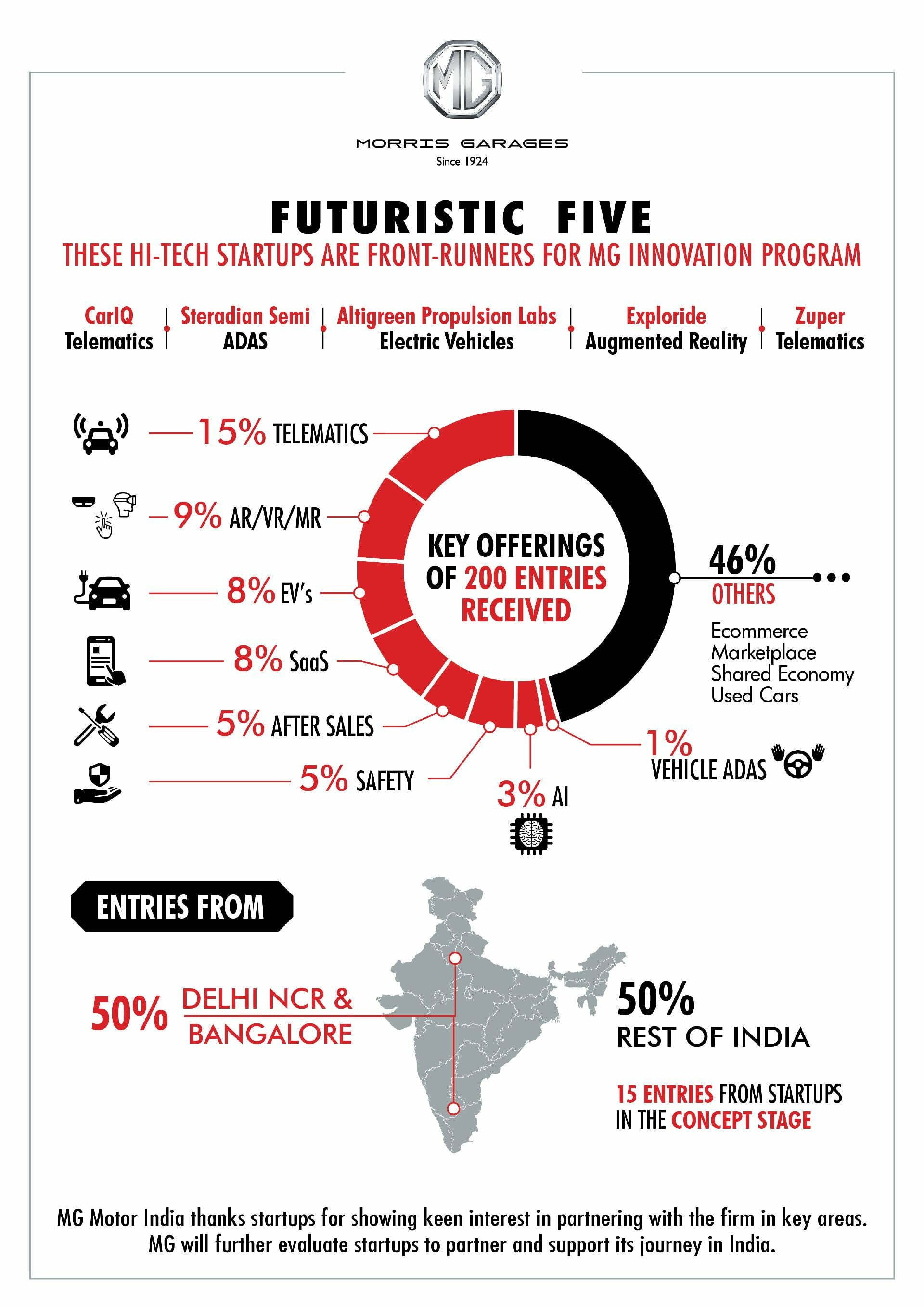 Founded in the UK in 1924, MG (Morris Garages) was world famous for its sports cars/cabriolet series, sought after by many celebrities including British Prime Ministers and even the British royal family. Set up in 1930 in Abingdon, UK, the MG Car Club has more than a million loyal fans, making it by far one of the world’s largest clubs for a single brand. MG, the iconic British Racing Sports Brand has evolved into a modern-day innovative brand through the last 93 years.

However, Today MG Motor India announced that it has finalised 5 Indian startups under its innovation program, as it seeks to bring additional synergies to its automotive business. The startups are CarIQ, Steradian Semi, Altigreen Propulsion Labs, Exploride and Zuper.

MG Motor India received over 200 applications from startups in 20 days through the recently launched ‘MG Drives Innovation’ program. Among all the solutions offered by these tech startups, the telematics category garnered the highest submissions at 15 per cent. This was followed by augmented reality, virtual reality & mixed reality (AR/VR/MR) at 9 percent and electric vehicles at 8 percent. 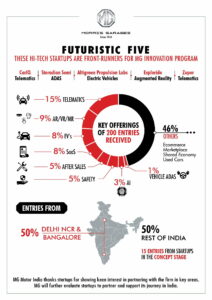 The 5 startups will be showcased at the MG Innovation Lounge at TiEcon New Delhi on December 15 and 16, 2017. The company will also host a ‘Mentoring Garage’, wherein startups with relevant solutions can get feedback and advice from the leadership team. For more information on the program, visit Innovation MG Motor Website