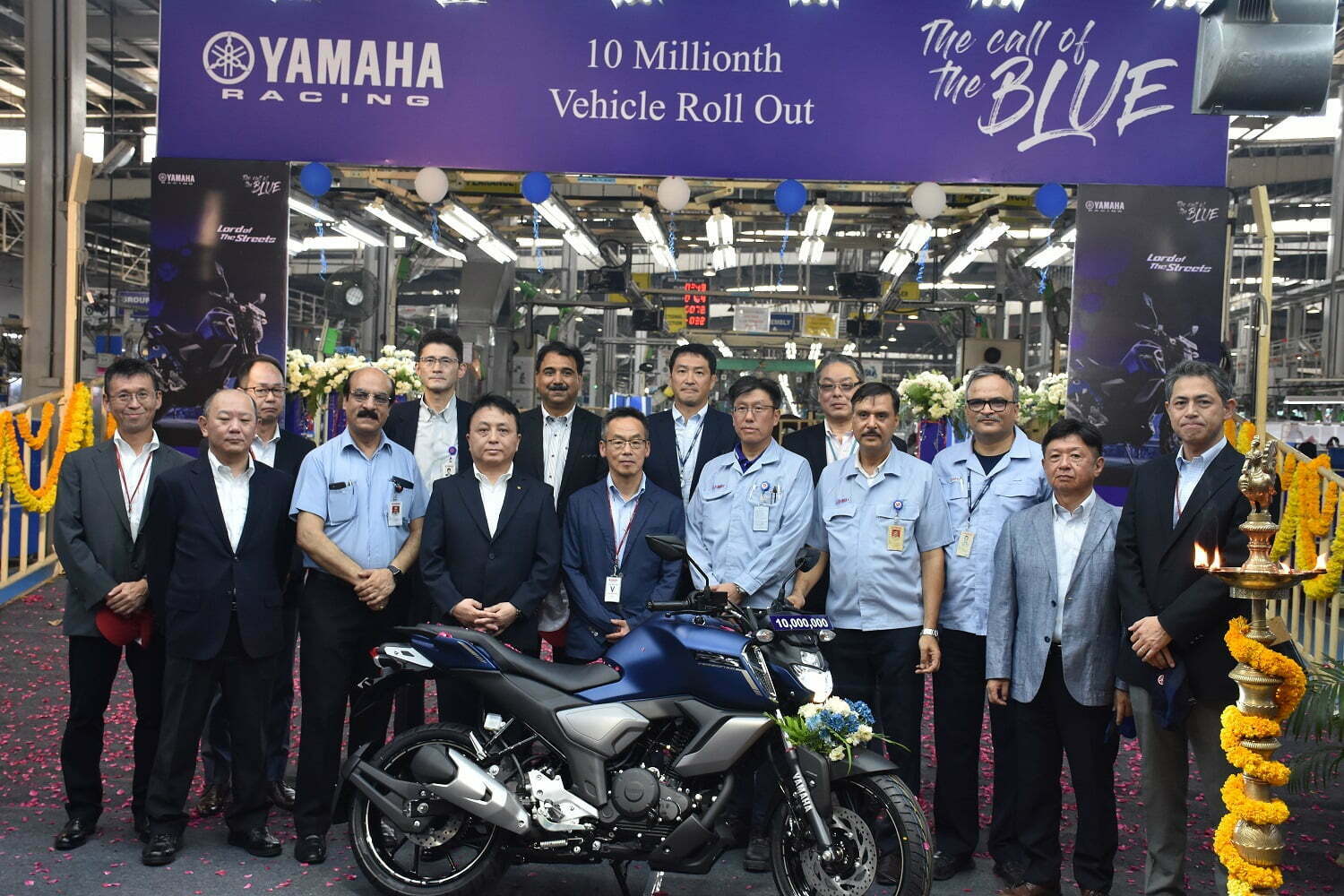 10 million Yamaha Two-Wheelers Produced In India Till Date. IYM achieved this feat since it began its operations in India in 1985. IYM’s three manufacturing facilities at Surajpur, Faridabad and Chennai jointly contributed to the overall production achievement of the company till date. The 10 millionth product rolled out at this ceremony was Yamaha’s best-selling motorcycle model FZS-FI Version 3.0 from its Chennai factory. The event witnessed the presence of senior management members from Yamaha Motor Co., Ltd., Japan, Yamaha Motor India Group of Companies, Mitsui & Co. Ltd., Vendor park companies, employees and employee representatives.

On this occasion, the company achieved another major accomplishment of producing 5 million units alone in last seven years between 2012 & 2019. The scooter models in this period contributed to 44 percent of the overall production with ‘Fascino’ being the major contributor. Out of the 10 Million units produced till date, 80 percent units were manufactured at the North Location which is the Surajpur & Faridabad facility and 20 percent units were manufactured at the South location which is the Chennai facility. Also, the motorcycle models contributed to 77.88 lakh units whereas the scooter models contributed to 22.12 lakh units.