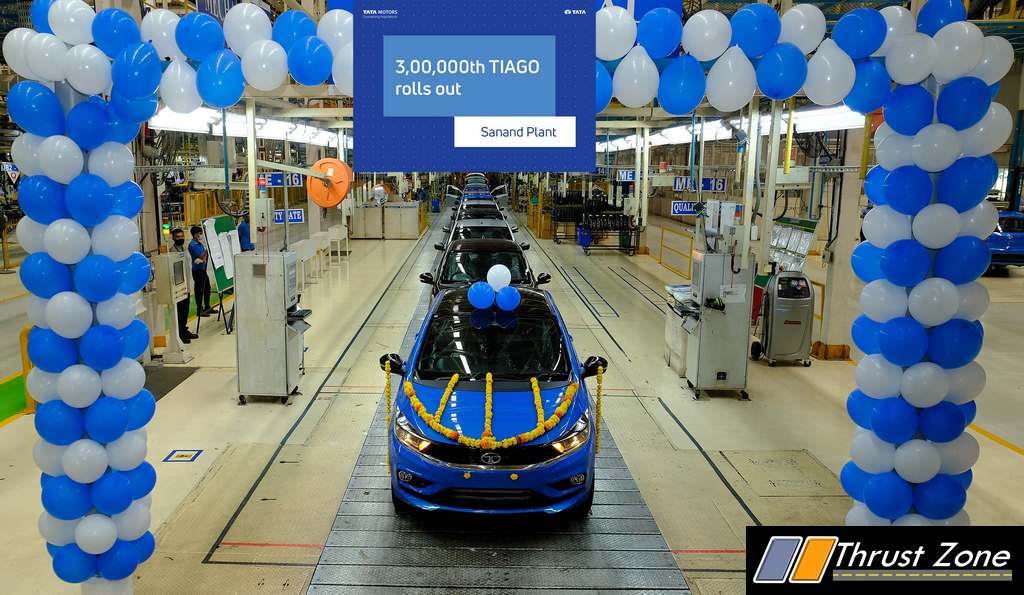 Milestone For Tata Tiago as Tata Motors today rolled out the 3,00,000th unit from its Sanand facility in Gujarat. Launched in 2016, the Tata Tiago has been lauded in most quarters for its groundbreaking design, technology and driving dynamics. It was the first product under the IMPACT design philosophy and brought to the market a host of segment-first features at the time of it launch.

Adding to its laurels, the Tiago is not only Tata Motors’ most awarded car but it also became the highest-selling hatchback in the country in August 2018. Earlier this year, the Company launched the BS6 version of the car as a part of Tata Motors’ New Forever range, which also became the recipient of the 4-star adult safety rating, awarded by the Global NCAP, adding another feather to its cap.

Equipped with best in class safety features such as Dual Air Bags, Anti-lock Braking System (ABS) with Corner Stability Control (CSC) & Electronic Brakeforce Distribution, Rear Parking Assist and much more as standard across variants, the Tiago is undoubtedly the safest car in its segment. 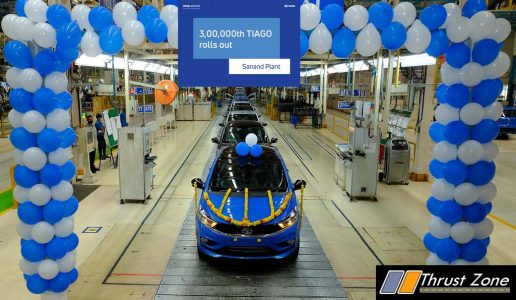 The Tiago 2020 sports a more confident, mature design while being young, premium and fun. Available in both manual and AMT options, it comes fitted with the company’s all new Revotron 1.2 Litre BS6 petrol engine. The Tiago is turning out to be the true blue successor of the name and success that the Indica had. The car is becoming a house hold name and reach many garages around the country. All of this is because of its safety that the car offers, a fantastic design and kind of options and variants are on offer. Overall, the Tiago is clearly the new benchmark in its class which the competition cannot match.