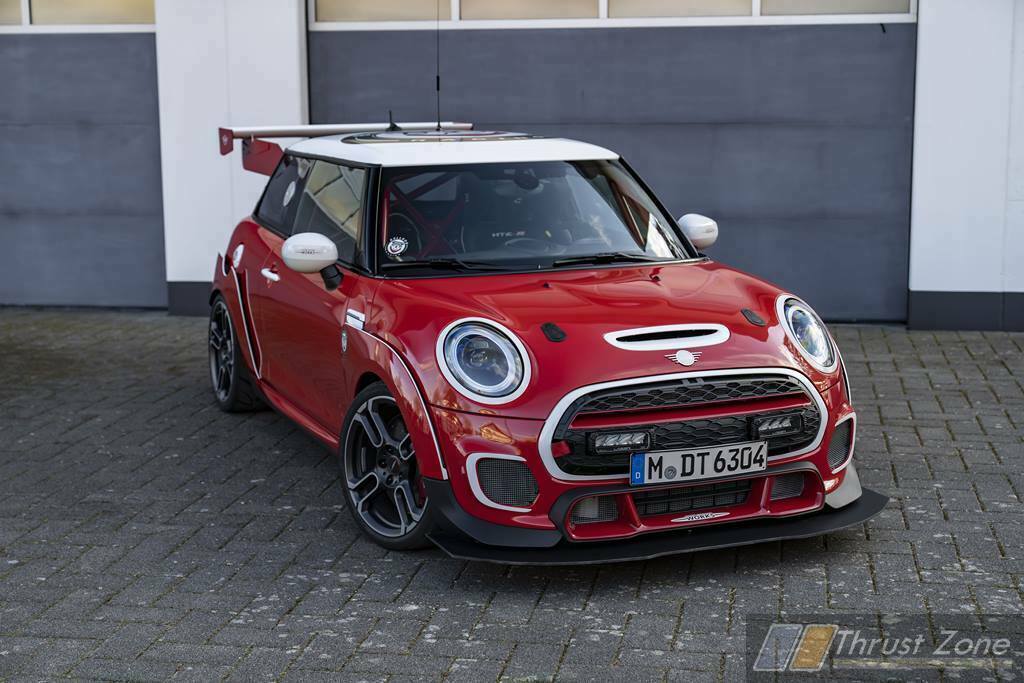 The 24-hour race at the Nürburgring is considered to be the ultimate endurance test for man and machine. The 50th edition of the high-speed showdown will take place this year from 26 to 29 May on the 25.378 kilometre circuit consisting of the Grand Prix circuit and the legendary Nordschleife of the Nürburgring with a MINI John Cooper Works competing.

In September last year, the project was launched at Bulldog Racing in the Eifel region, just a few metres away from the Nordschleife. The base vehicle is a MINI John Cooper Works with the 4-cylinder turbo engine known from the MINI John Cooper Works Clubman and MINI John Cooper Works Countryman with 225 kW/306 hp and a maximum torque of 450 Nm. The 8-speed Steptronic gearbox taken from large-series-production featuring an integrated, mechanical differential lock with a locking effect of up to 70% ensures that the drive torque is converted into thrilling performance without any losses. 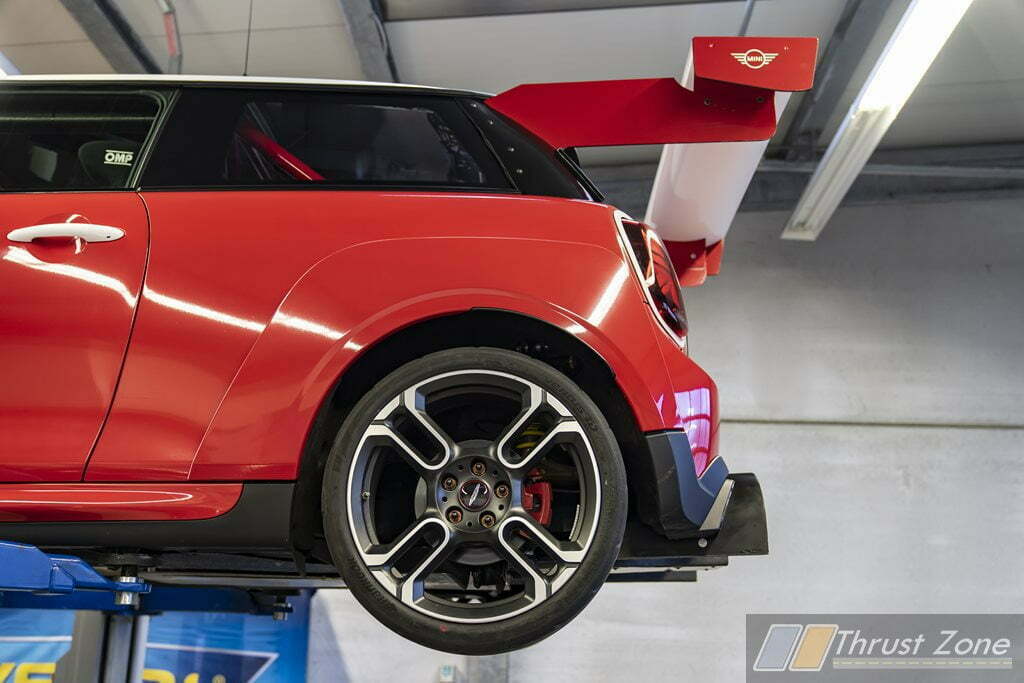 For racing purposes, the following modifications were made to the standard MINI John Cooper Works which go beyond SP3T class regulations:

A racing cage specially developed for this model was installed.
The fuel tank volume was increased to 100 litres.
Far-reaching interventions in the aerodynamics, including an adjustable rear wing, a completely covered underbody, a rear diffuser and front splitter were made.
Weight was consistently reduced, e.g. by using Makrolon® window panes.
A model-specific racing suspension with adjustable rebound and compression damping was fitted.
All moving chassis and suspension parts were replaced with reinforced Uniball bearings
A pneumatic lifting unit was installed.
The sports exhaust system was adapted with a racing catalytic converter
Original BMW M Performance brake components were installed. 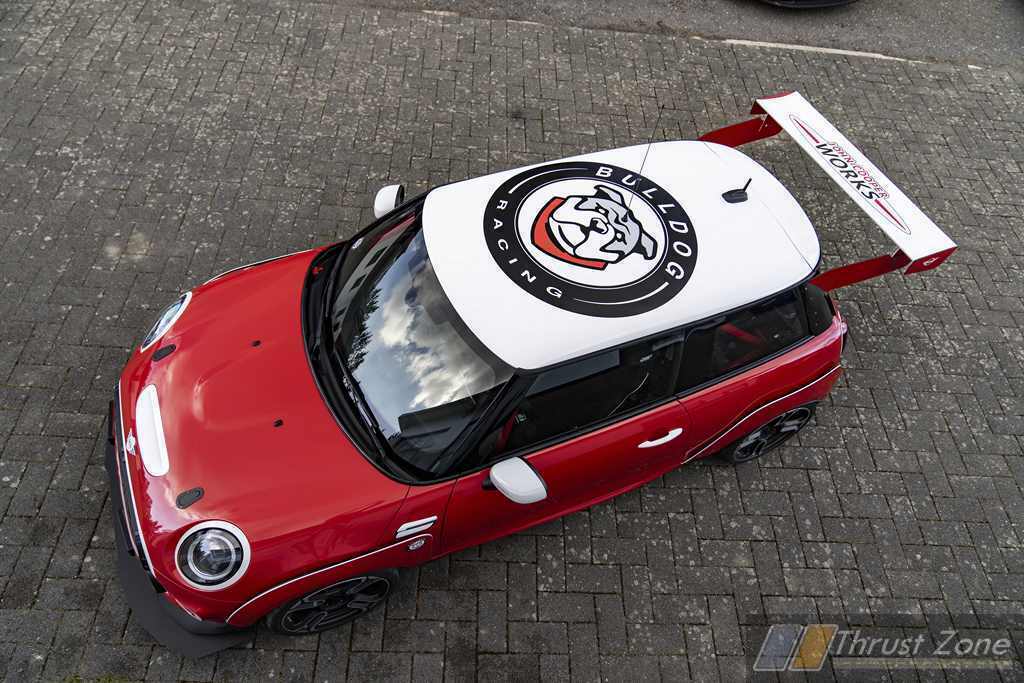 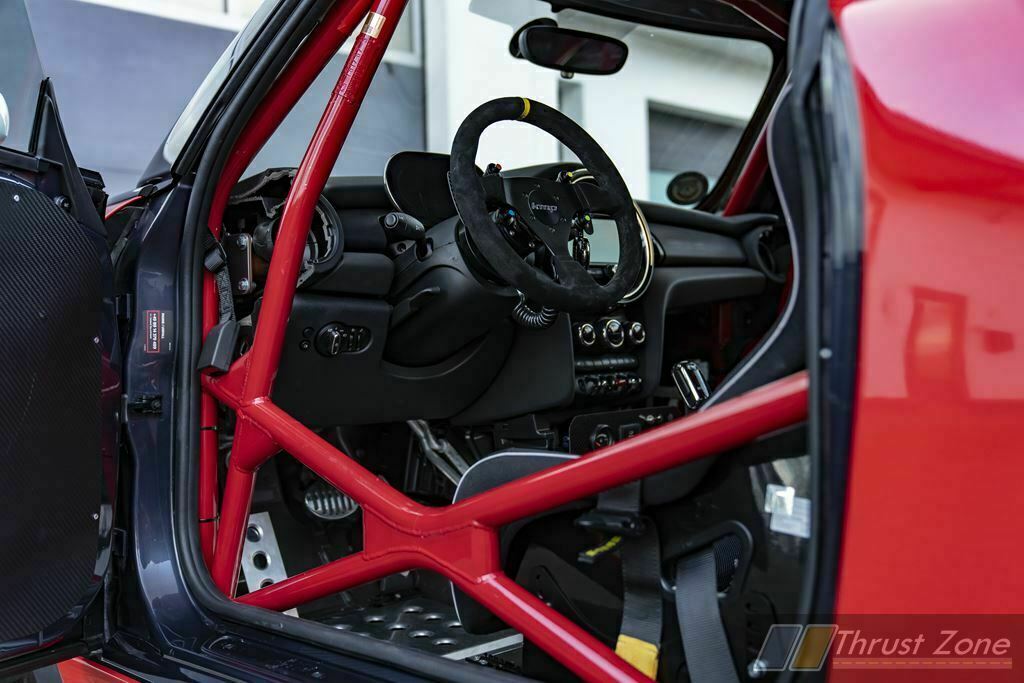 Only seven months passed between the start of the project and the roll-out at the end of March 2022. In the coming weeks and until the start of the 24h race, further tests are scheduled on the Nordschleife of the Nürburgring and at the BMW Group testing centre in Miramas in southern France. Located between Marseille and Avignon, the former race track offers the best conditions for extensive testing and optimisation under a wide range of conditions. The chassis of the MINI John Cooper Works racing car is subjected to an extensive and varied test programme there. Friedhelm Thelen, Nürburgring expert and team boss of Bulldog Racing, knows how important comprehensive testing is before a race: “The 24-hour race at the Nürburgring puts all components of the vehicle under extreme stress. That’s why we’re delighted to be able to use the BMW Group Test Centre to put the John Cooper Works through its paces there.”

The BMW Group has been testing new models and innovative chassis technology at the Miramas test grounds since 1986. The driver line-up and the further race programme for 2022 will be announced at a later date.