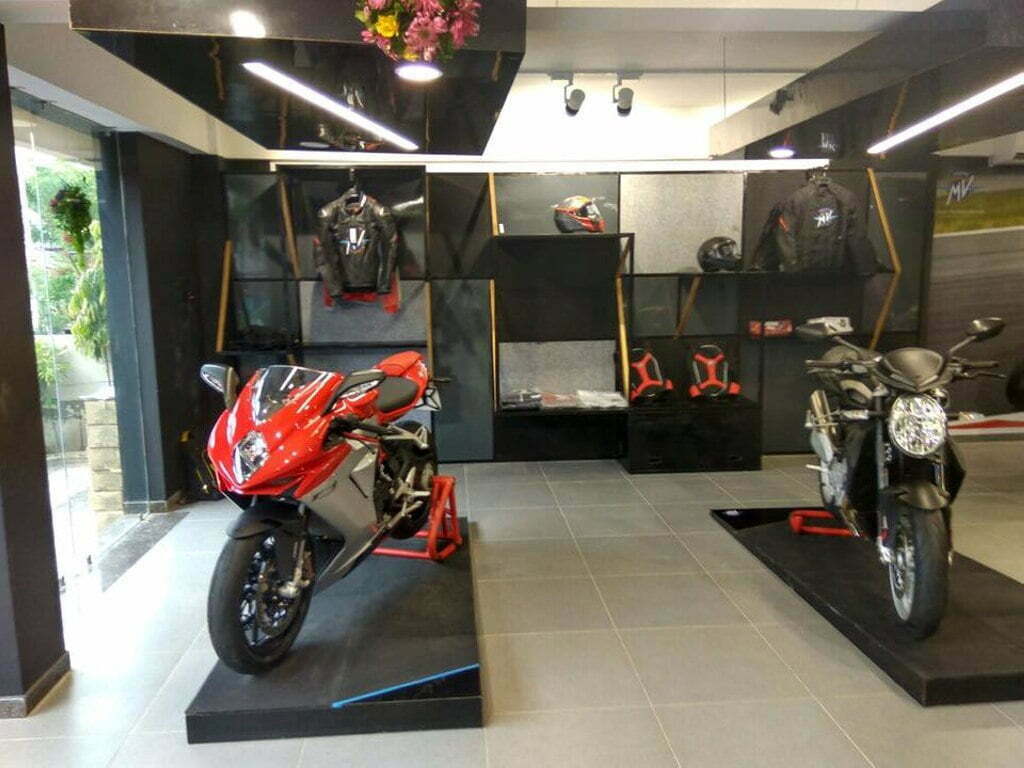 MV Agusta came to India in the year 2015. Late in the year, it started fully fledged operations in early 2016. MV Agusta promised some CKD, CBU and SKD motorcycles along with dealership network stretching across the country. The Italian exotic brand continues with plans and promises and has done the same. After opening showrooms in Pune, it has opened up a next showroom in the land of business, Ahmedabad, Gujarat. Large amount of premium motorcycles, custom motorcycles and many more high-end exotic motorcycles are rising in this city and MV Agusta has taken full advantage of the situation.

Opening its first large showroom to cater to enthusiasts of the city. The showroom is also claimed to be best and will offer a unique buying experience for its customers. The Italian manufacturer is the only brand in the world which calls premium and limited as the motorcycles it makes limited edition and high on performance and aesthetics.

Read this too: More and detailed analysis of the Ameo, Here!

MV Agusta India claims that it has sold over 10 units already before launch the showroom and more bookings are already made which the company will comply to very soon by delivering the vehicles within some time. As the pictures suggest the F3 and F4 are the one’s are high in demand and the Brutale 800 is on hold because the brand will getting the new 2016 model which has revised for emissions. Expect the Brutale to help increase the sales of the Italian exotic manufacturer by a bigger margin.

MV Agusta as promised is going nationwide with its dealership network and it is available in cities like Delhi, Mumbai and Pune for now. If the streak continues and the largest selling model, which is the Brutale 800 makes it to shores as soon as possible, the brand will have success streak that should be segment best.