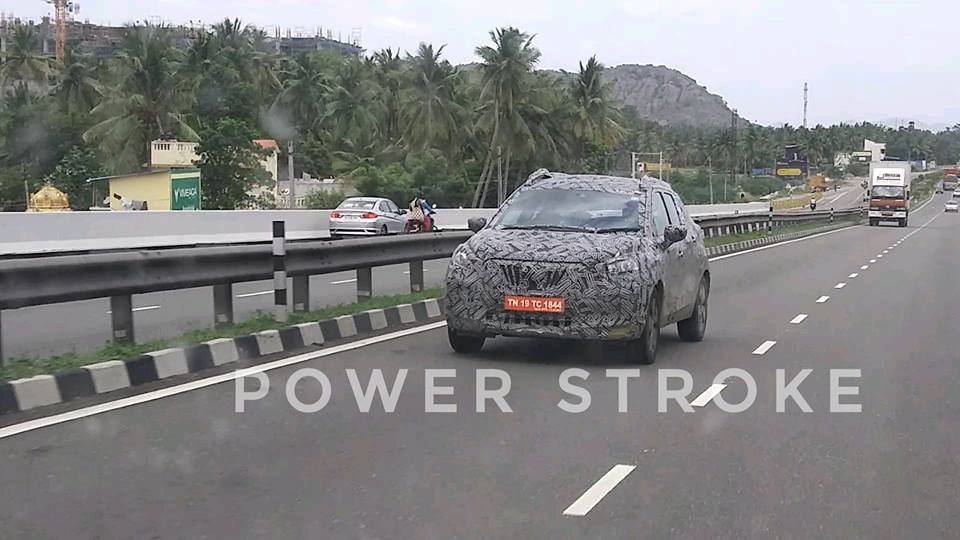 For quite some time we haven’t seen any new product or model from Nissan’s stable in the Indian market. As compared to its competitors and due to the decrease in sales figures, there is a necessity for the launch of new products. Recently, Nissan India had announced that they will be launching the Kicks- a Compact SUV, by 2019.

Nissan also sells this compact SUV in the global market, and the company said that they will be making some special Indian specific changes to meet the demands. The Compact SUV segment has been booming from quite some time in the nation and many car manufacturers who are active in India are concentrating and developing models to compete in this segment.

Now, the test mule of the Nissan Kicks has been spotted for the first time on the Indian soil doing test runs. The car spotted was completely camouflaged, but if we look closely at these spy shots we can notice the design changes on it. Also, at the rear, the design of the tail light gets some changes but the overall car looks more or less similar to the global model.

The Nissan Kicks which will be sold in India will share the B0-Platform that is also shared by the Terrano. This platform is more economical and hence it will help Nissan save costs and also help them price the model competitively in the Indian market. On the other hand, the Kicks sold in the global market is based on Nissan’s V-Platform which is more expensive.

As for the interiors, it is still difficult to say what the final product will get, but as per the company, the cabin will be roomier and it will come equipped with many connectivity options. Other features will also include a touchscreen infotainment unit which is compatible with Android Auto and Apple CarPlay and automatic climate control.

Under the hood, will most likely be the 1.5-litre diesel mill and the 1.5-litre petrol engine that powers the Renault Duster. The 1.5-litre diesel engine could come in two states of tune, 83.8 horsepower and 108.4 horsepower, but the torque figures will remain the same- 240Nm. On the other hand, the 1.5 litre petrol mill generates 104.55 horsepower and 142 Nm of twist. Both the engines will come coupled with a manual transmission as standard, but it may also get an option for an automatic transmission as well.

Nissan will be launching the Kicks somewhere around the mid of 2019 and once launched it will compete head on with the Hyundai Creta, Ford EcoSport, Tata Nexon and the Renault Duster in India. Till then stay tuned to ThrustZone to know more about the Nissan Kicks.