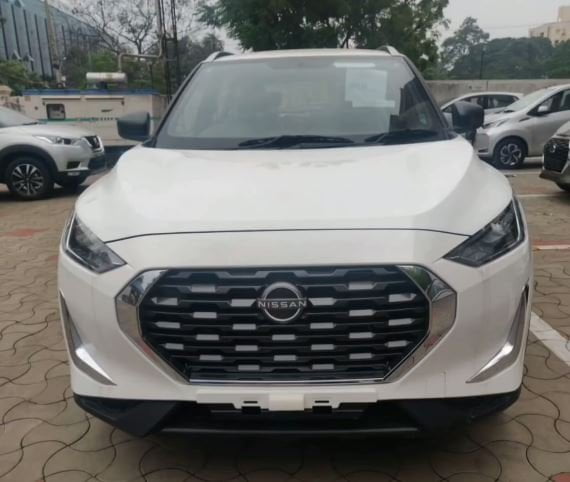 The Nissan Magnite went on sale in India on 2nd December 2020, and prices are shockingly competitive starting at Rs. 4.99 lakh (ex-showroom, Delhi. The Magnite undercuts pretty much every subcompact SUV on sale by a good Rs. 1.5-2 lakh and that will make a lot of people sit up and take notice of it. Let’s not forget, it is a sharp-looking, proportionately designed SUV as well, which only adds to its strong attributes. However, we’ve only seen and tested the more expensive and turbocharged version of the Magnite so far, and images have finally emerged on the internet, showcasing what the base variant looks like.

The Nissan Magnite is offered in five variants – XE, XL, XV, XV Premium and XV Premium (O). This is the entry-level XE and comes with only two colours – white and silver. There is plenty of cost-cutting on the exterior when compared to the top-spec model. This includes halogen headlamps instead of LEDs with projector lens, while the boomerang-shaped LED daytime running lights are replaced by chrome inserts on the bumper. The massive chrome surrounds on the grille are retained though.

Nissan has also swapped the diamond-cut twin-tone alloy wheels for standard steel wheels. However, the pleasant bit is that the steel wheels are 16-inch units as well and do look nice in a rugged way. Other basic bits include the non-body coloured ORVMs, while the turn indicators are placed on the front fender instead of the ORVM. The rear also makes do with basic rear bumper without the silver skid plate, while Nissan is offering the roof spoiler with the brake light, rear wiper, washer and demister right from the base XE trim. That’s a good move. The roof rails come as standard as well. 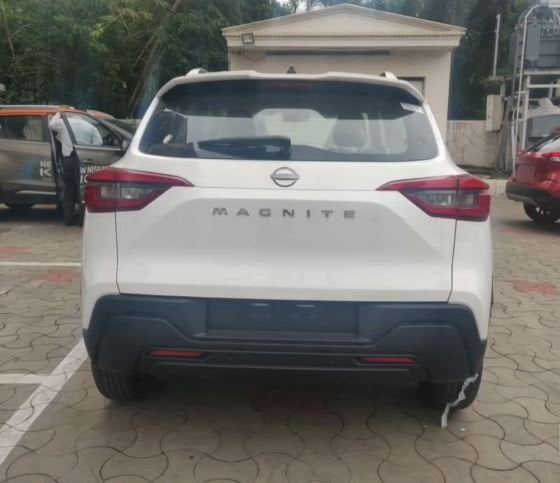 Inside, the Nissan Magnite XE comes with a fairly simple cabin. The all-black cabin is now dual-tone and gets black fabric seats with grey accents. The chrome door handles are now black and the so are air vents bezels. There’s no audio system on the base Magnite but you do get the slot for an aftermarket unit. The colourful digital console has also been replaced by a basic 3.5-inch MID unit on the Magnite XE, similar to that on the Renault Triber. The base variant though does come with front and rear power windows, internally adjustable ORVMs, dual airbags, as well as ABS with EBD as part of the standard kit on the SUV.

The Nissan Magnite XE is offered only with the 1.0-litre three-cylinder naturally aspirated petrol engine. The motor develops 72PS and 96Nm of peak torque, while paired with only a 5-speed gearbox. The higher variants get the 1.0-litre turbo petrol with 100PS and 160Nm (152Nm on the CVT automatic). We have driven the CVT and you should check out what we think about the SUV in our detailed review.