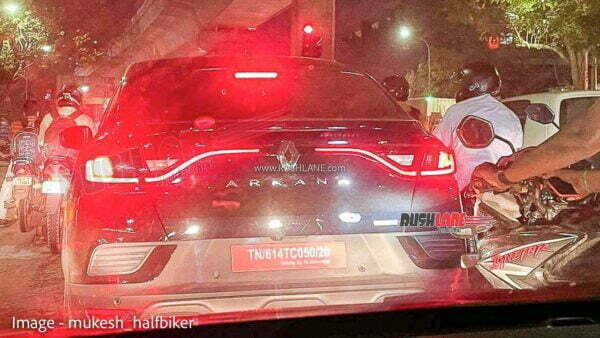 Renault India has been doing consistently well with its newer products like the Kwid, Triber and the Kiger, but it finally pulled the plug on its oldest product in the country, the Duster SUV. This does leave a big void in the automaker’s portfolio and it seems that the company could be looking to go the Skoda-Volkswagen route to bring a new SUV in its place. At least that’s what the possibility seems as the Renault Arkana coupe SUV was recently spied testing in India for the first time. Wearing little camouflage, the Arkana was seen with temporary registration plates in Chennai, which is where the company’s manufacturing facility is based.

While spotting a product testing in India may not necessarily mean it’s being launched, rumours are rife about the Renault Arkana since the model was teased last year by the company’s India social media handles. However, nothing came of it at the time. With the next generation Renault Duster still some time away from the market, the company could be looking to bring the Arkana as its new flagship offering, and possibly as a CBU, similar to the Volkswagen Tiguan or the Skoda Karoq. This would also mean limited units for the Arkana under the 2,500 homologation-free option under the government norms.

So what is the Renault Arkana? The coupe SUV is based on the BO platform that also underpinned the Captur and Duster in India. However, the Arkana sets itself apart with more features and better styling for a more premium presence. It’ll also be available with the powerful 156PS 1.3-litre turbocharged petrol engine that was last seen on the Duster in the country. Globally, the model also gets an E-hybrid powertrain option. 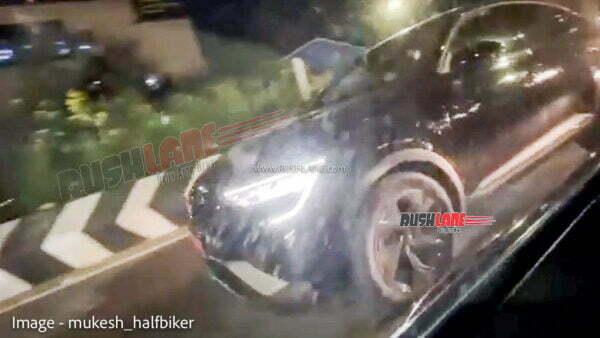 The Renault Arkana measures 4,545 mm in length, 1,820 mm in width and 1,565 mm in height, with a wheelbase of 2,721 mm and a good ground clearance of 205 mm for the AWD variant. It’s about the same size as the Tata Harrier and Jeep Compass and is likely to be positioned in the Rs. 14-18 lakh (ex-showroom) space, if and when it arrives here. This price bracket is exceptionally crowded at the moment with the likes of the Mahindra XUV700, Tata Safari, MG Hector, apart from the host of compact SUVs on sale. The Arkana could be a niche offering, much like the Volkswagen T-Roc.

There’s also a possibility of Renault utilising its resources and assembling the model at the India plant, which could promise a more competitive price tag. Renault was also testing the new generation Koleos in the country recently and that too could arrive again as a halo product for the brand. With formidable products in the sub Rs. 10 lakh space, the company could be looking to solidify its presence in the premium segments as well.

BMW i3 Electric Sedan Spotted Testing For The First Time