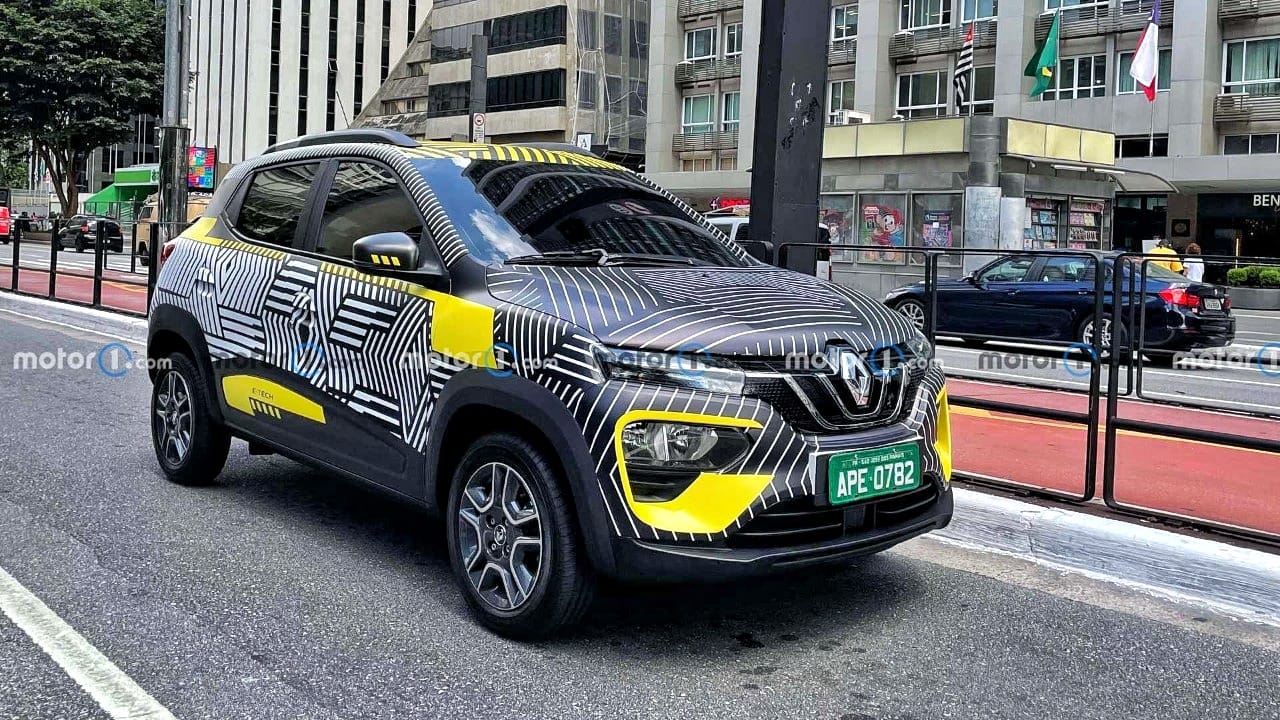 French carmaker Renault is preparing to launch the electric version of its popular Kwid called Kwid E-Tech in South America very soon. Ahead of the launch, the prototype of the car has been spotted testing for the very first time in Brazil. The car is already on sale in China where it goes by the name of City K-ZE.
The model that was spotted look very similar to the City K-ZE and although technical specifications are yet to be revealed, it can be safely expected that Renault will use a more powerful motor on E-Tech than the one featured in the Dacia Spring.

The electric hatchback that is on sale in Europe comes with a total power output of 44hp and 125Nm. It gets power from 26.8kWh and comes with a claimed range of 295km in the city. City K-ZE also boasts the same motor and performance credentials although its range is slightly less rated at 271km. The relatively small size of the battery, according to Renault, ensures quick charging which is a crucial factor of consideration for prospective buyers. Contrary to the initial announcement, the Indian market won’t see the launch of K-ZE anytime soon in the future. However, Renault might bring in the premium Megane E-Tech electric crossover to the Indian market.

The standard Renault Kwid available in the Indian market made its debut in 2015 and since then, the hatchback has single-handedly changed the fortunes of the company. It has won many laurels including many prestigious awards in both domestic and international arenas. Renault released facelifted version of Kwid in 2019 and it’s now available with two engine options: 68hp 1.0-litre engine and a 54hp, 0.8-liter. The transmission options, on the other hand, include a standard 5-speed manual gearbox and optional 5-speed AMT. In the Indian market, Renault Kwid is pitted against the likes of Maruti Suzuki Alto, Datsun Redigo, Hyundai Santro, and Tata Tiago among others.