Is This The New Royal Enfield Himalayan Scrambler Variant? 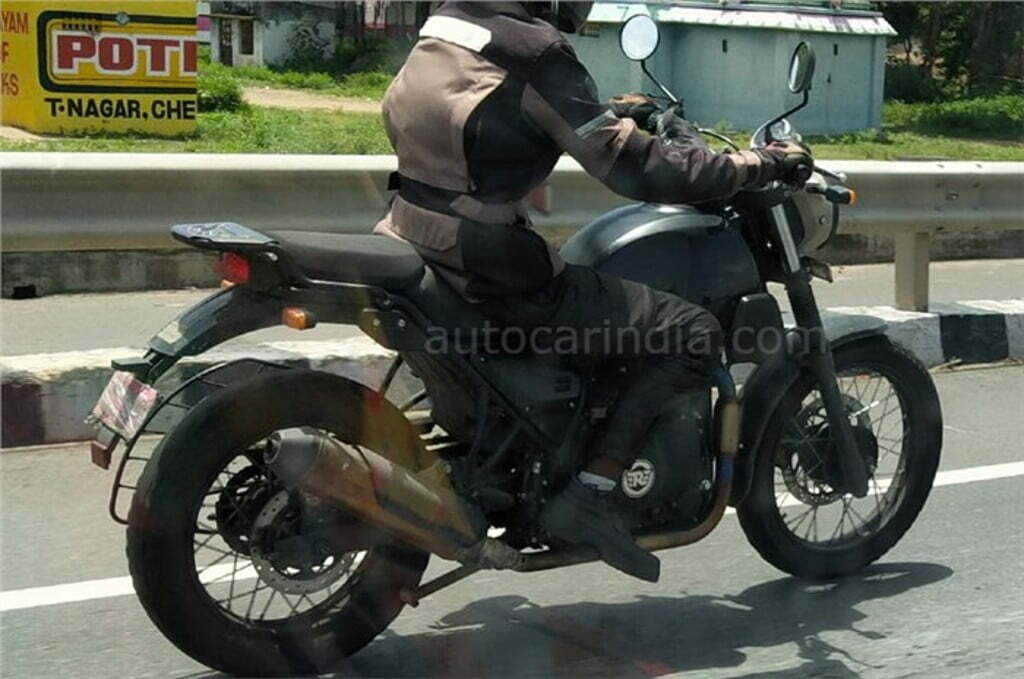 It’s been known that Royal Enfield is working on new variants of the Himalayan. The bike has seen a massive price hike over the last few months pushing prices well over the Rs. 2 lakh (ex-showroom) mark, but it now seems the bike maker plans to make it more accessible but with a slightly stripped down version. This could be called the Himalayan Scramble or a scrambler based on the adventure motorcycle that could arrive soon.

The latest test mule of the Royal Enfield Himalayan scrambler was spotted testing recently and the model shows some obvious changes over the standard model. Most notably, the windscreen has been dropped and are the jerry can holders on either side of the fuel tank. The front indicators have also been redesigend and repositioned to accommodate this change. This test mule also gets a simpler instrumentation than the feature-loaded one on the standard Himalayan. This too hints at cost-cutting on the bike but we do see the Tripper navigation pod added to the right, promising full functionality.

Reports also suggest that Royal Enfield could give the new scrambler variant smaller wheels replacing the 21-inch front and 19-inch rear with only 19-inch units. Although we will have to wait and see the bike in person to confirm the same. Lastly, the test mule uses a step-up style single seat rather than the split-seats seen on the standard Himalayan. 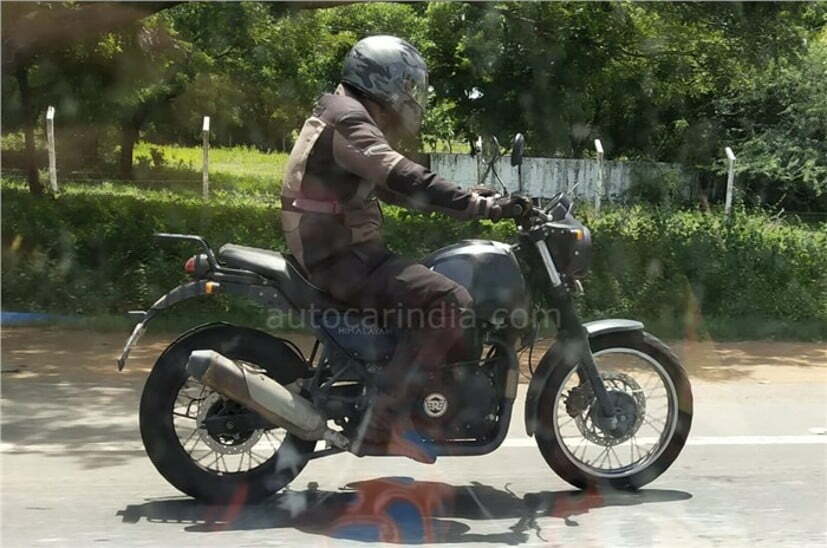 It needs to be see how much of these changes are incorporated in the final version of the RE Himalayan-based scrambler. The bike will use the same 411cc single-cylinder engine that will belt out an identical 25PS and 32Nm of peak torque, paired to a 5-speed gearbox. The new bike is likely to shed a few kilos over the standard model that weighs 199kg. Other cycle parts will remain the same including the telescopic front forks, disc brakes with dual-channel ABS and more.

The new Scrambler version could be about Rs. 10,000 more affordable and new entry-point in the Royal Enfield Himalayan family. We will need to wait for a bit though before we get to see the final version in flesh.