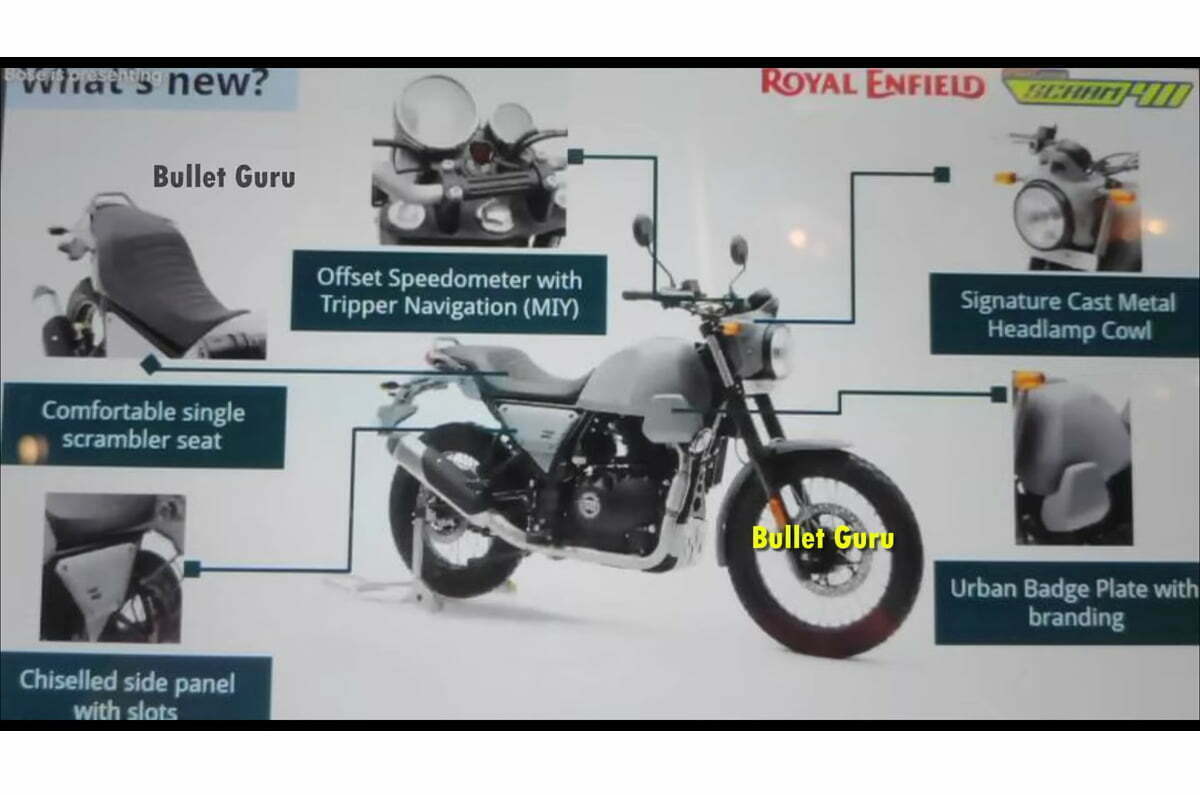 Royal Enfield (RE) is embarked on the grand expansion plan as it looks to launch a series of models in the country in the coming months. One of the important models will be the road-biased version of the Himalayan. Speculated to be called Scram 411, the road-friendly version is targeted at urban dwellers who don’t mind using the bike for some occasional off-road adventures.

Design and Styling
The test mule of the bike has been spotted multiple times and the new set of spy images has revealed Scram 411 completely. Today’s brochure leak reveals even more. Overall, the design of the upcoming bike is inspired by Himalayan though there are some crucial changes that tell it apart from its hard-core cousin. Scram 411 is leaner in its turn out and it rides on 19-inch wheels compared to the 21-inch wheels of Himalayan. That said, both versions get the dual-purpose tires as standard fitment.

Other visual differences on the Scram 411 include its revised headlamp and tail lamp up set-up, repositioned front indicators, and revised mudguards. Scram 411 doesn’t have the large windscreen as seen on the Himalayan although it gets a split-seat setup which is clever one piece turned into a two piece unit. The upswept exhaust is the same as the normal Himalayan 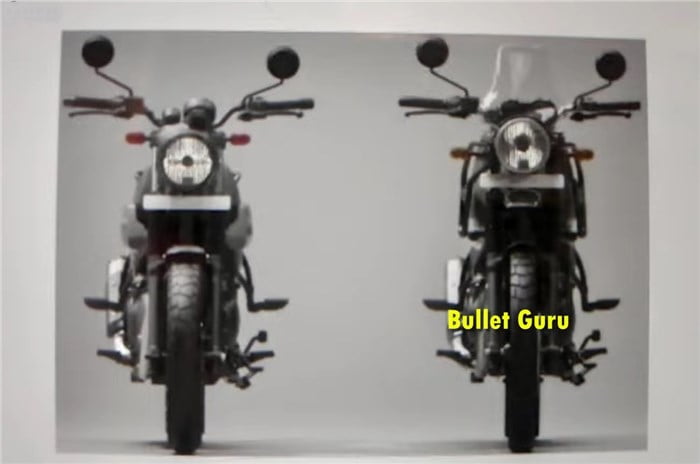 Engine and Specifications
Scram 411 will get a 411cc single-cylinder, air-cooled engine from the Himalayan that pushes out 24.3 bhp along with 32Nm of max torque. It comes mated to a 5-speed gearbox and RE is expected to tune this engine slightly differently to suit its road-biased nature. 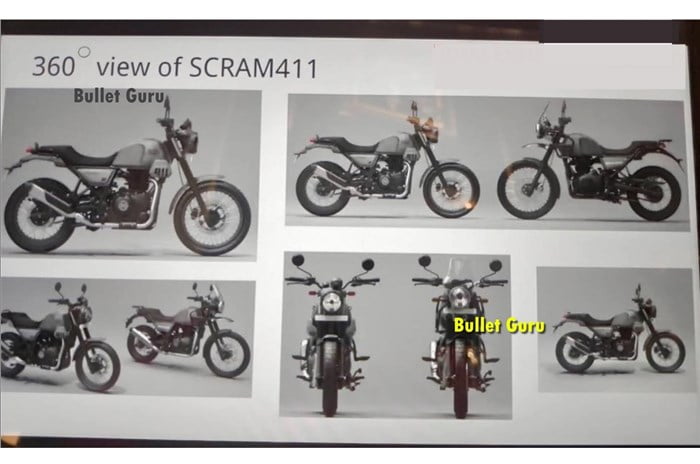 The instrument cluster is different with two pods and the bike gets tripper navigation as an accessory. In terms of the suspension system, telescopic forks and monoshock will be employed at the front and rear respectively, similar to Himalayan. Again, the suspension system too will be tuned in the interest of road-friendly characteristics. The smaller wheel at the front means ground clearance is down from 220mm to 200mm. The launch of the bike is expected to happen soon and it’ll be interesting to witness how much success this road-biased version of Himalayan will achieve in the Indian market.