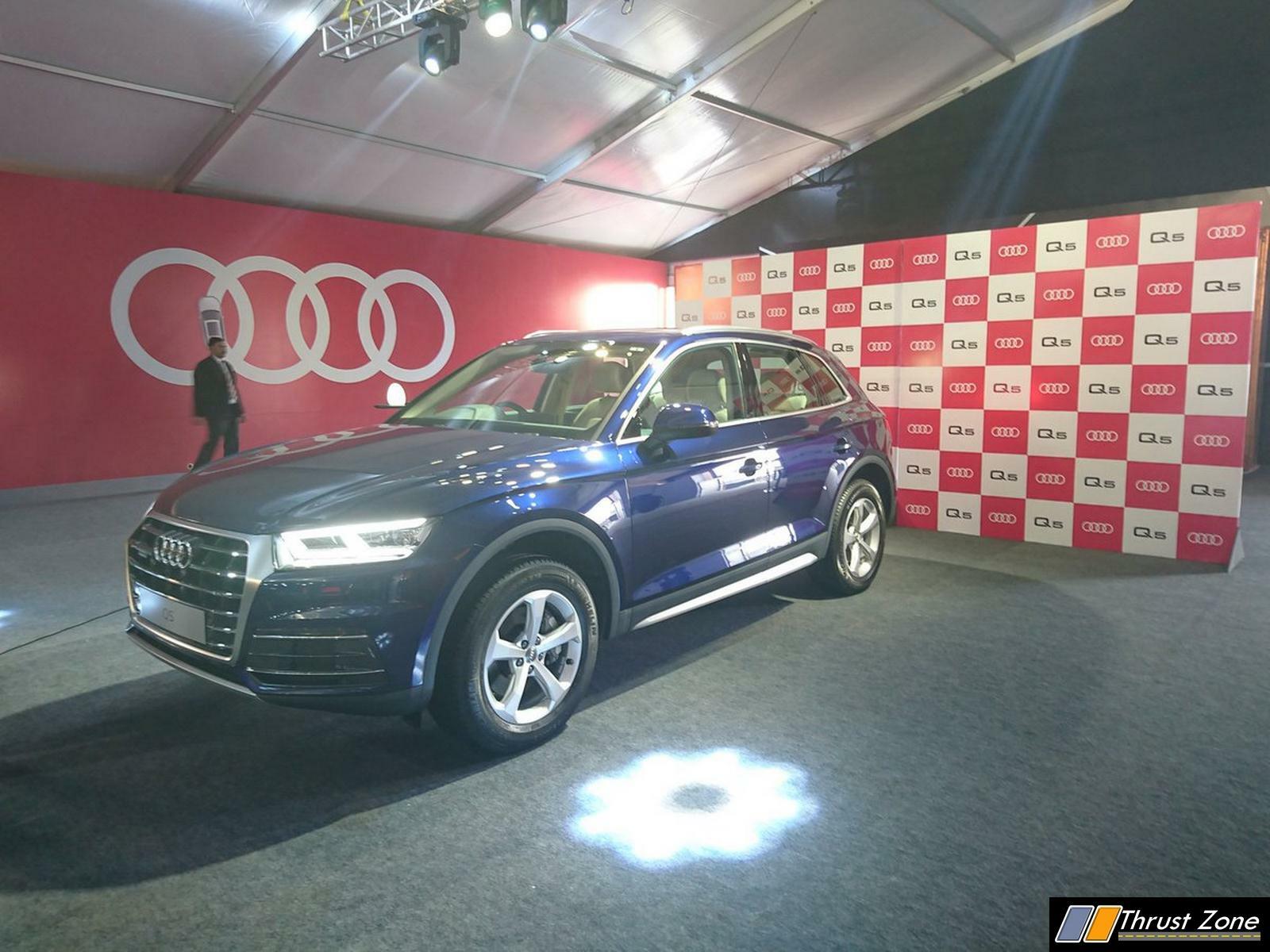 Second Generation 2017 Audi Q5 is lighter, quicker, efficient and more on everything. India Launch done at a good price tag

Finally, Audi has taken the covers of from the second generation Audi Q5 in India. Audi followed an extended teasing platform to talk about the 2017 Audi Q5 previewing a lot of its features. Unveiled at the 2016 Paris Motor Show, the car combines Audi’s saloon car sportiness with a multifaceted character. The 2017 Audi Q5 comes with a highly flexible interior along with the latest connectivity and driver assistance systems. Audi is counting big on the new Q5 saying they have taken the game a level up with the second-generation of the car.

Audi has added Quattro drive system, more efficient engines and air-suspension with damper control to the new car. On the looks front, the new 2017 Audi Q5 arrives with more rugged appeal than its predecessor, showing off the cars Audi SUV lineage. But make no mistake; The 2017 Audi Q5 is truly an A4 beneath all these butch SUV looks. The car shares the same MLB evo platform used on the A4 and interestingly on the Q7 too. 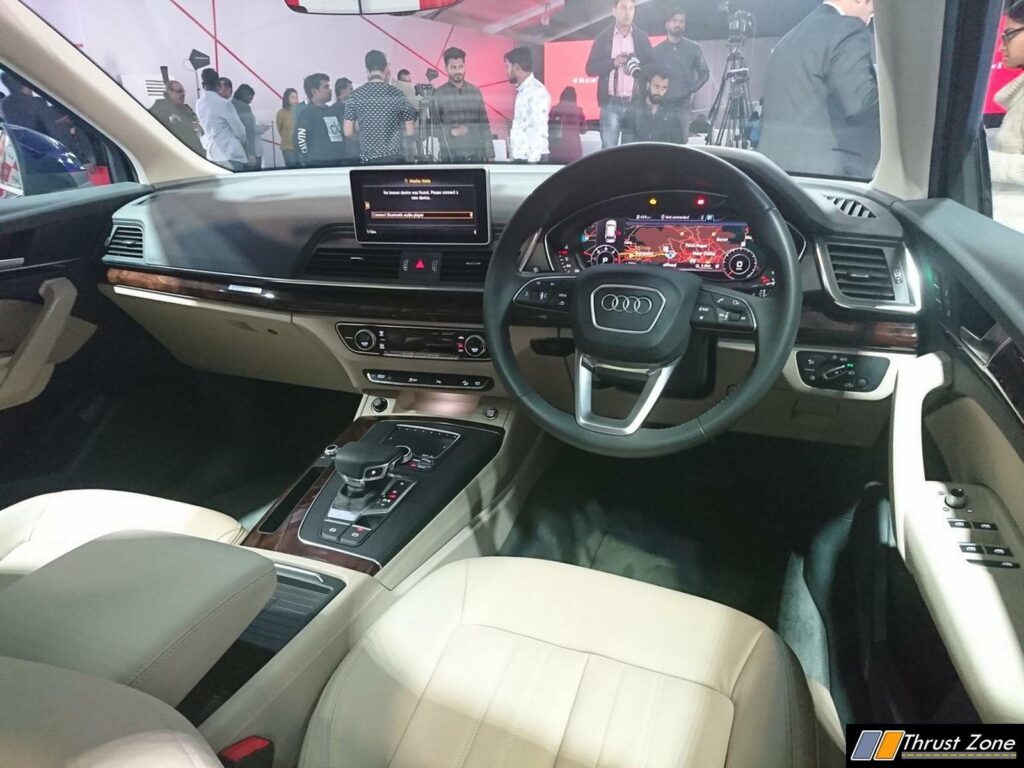 The 2017 Audi Q5 is larger than the car it replaces while at the same time being 90 kgs lighter as well. The 2017 Audi Q5 is 4.66 m long, 1.89 m wide and sits high at 1.66 m. This means the car is roomier than before thus providing more comfort for the 5 passengers it can accommodate. This time around there is a 7-inch central display with an 8.3-inch display as optional. The screens are controlled by a rotary dial-and-touch pad along with the optional Audi Virtual Cockpit.

Other features include the LTE module, Wi-Fi hot-spot, Audi Connect Services, Audi phone box, Bang & Olufsen premium sound system. There is also an Audi tablet serving as a flexible rear-seat entertainment device. As is the fashion these days, the car also has Apple CarPlay and Android Auto compatibility. The engine options is the 2.0-liter with 190 PS and 400 Nm of torque. 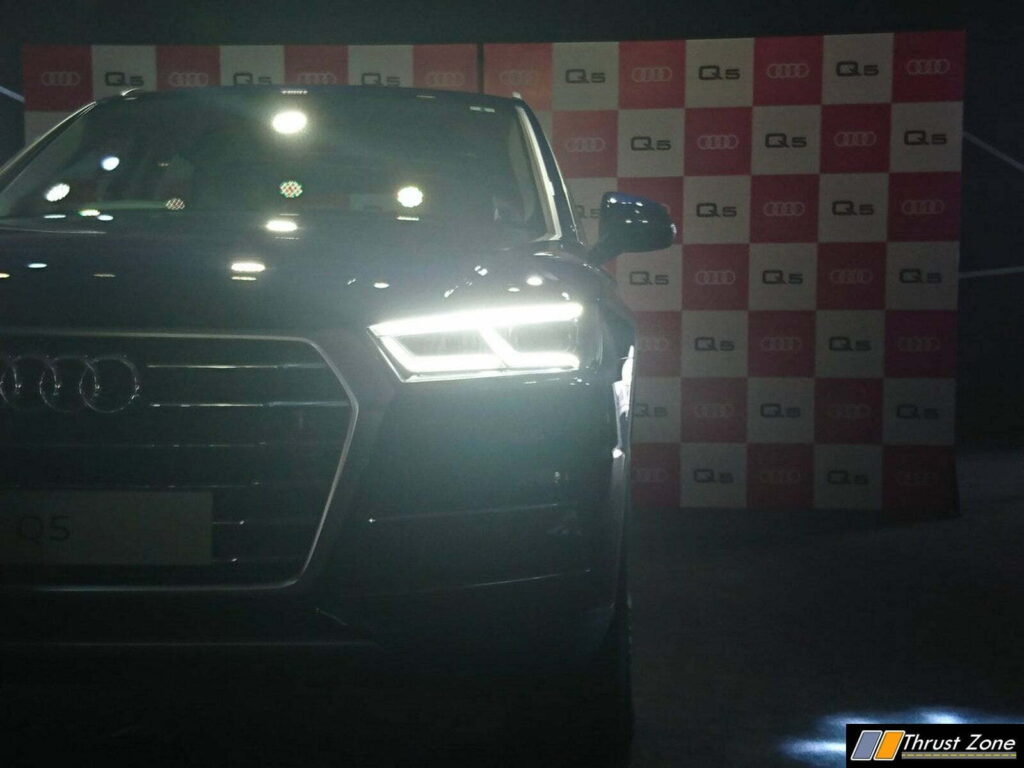 The Technology pack is Rs. 57.6 lakh. Premium Plus is Rs. 53.25 lakh for the Q5 range as it comes in two variants. Both prices are ex-showroom Pan India. Audi has priced the car well against its rival and this should help the segment grow where Audi is strong.

2019 Jeep Cherokee Unveiled – Best Seller Explained in 22 Points – Will it Come To India?