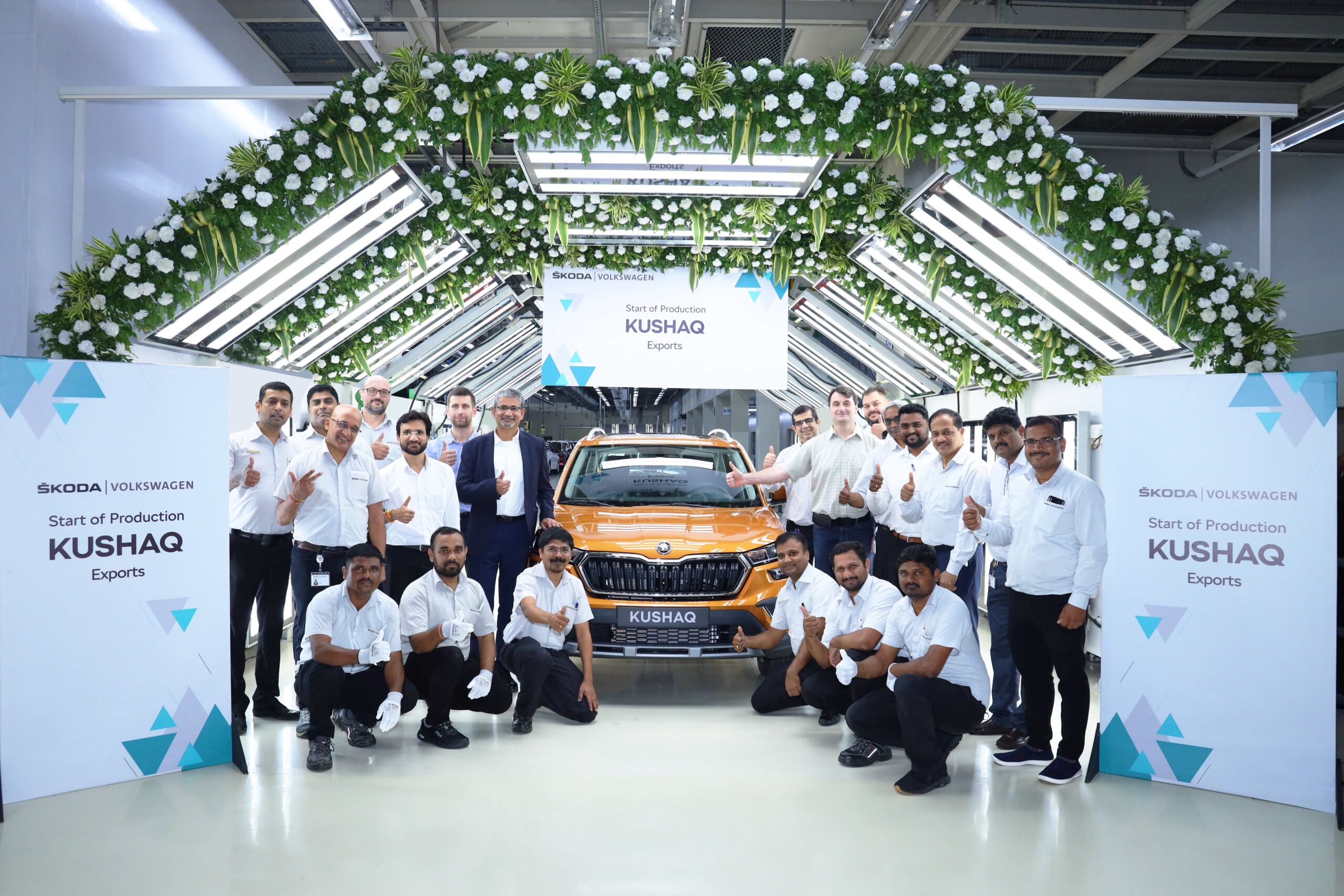 ŠKODA AUTO Volkswagen India Private Limited (SAVWIPL), which manages the India region for the five Volkswagen Group brands – ŠKODA, Volkswagen, Audi, Porsche, and Lamborghini, has announced the Start of Production (SoP) of the Left-hand Drive version of the ŠKODA KUSHAQ. This was the first model to be launched in the country under the Group’s INDIA 2.0 project. The ‘Made in India’ ŠKODA KUSHAQ LHD will be exported to global markets shortly.

Commenting on the occasion, Mr. Piyush Arora, Managing Director of SAVWIPL said, “Since its world premiere in India last year, the ŠKODA KUSHAQ has created a strong market presence and contributed significantly to the success of the brand and the Group in India. This world-class SUV, which will soon be heading to international markets, will showcase India’s manufacturing excellence on a global stage. With each new model we export, we are inching closer to our aim of making India an export hub for the VW Group globally. With its exceptional design, build quality, and performance, we are confident the KUSHAQ will enjoy phenomenal success in other markets, as well.”

Back in February, SAVWIPL began exporting the Volkswagen Taigun, the first in the range of vehicles built on the MQB-A0-IN platform. The Group also celebrated an important milestone in its India journey in March 2022, having produced 15,00,000 units at its manufacturing facilities in Pune and Aurangabad, India. The Group recorded its highest-ever H1 sales in India, with 52,700 units sold from January to June 2022. Through the first six months of 2022, SAVWIPL’s sales were up 200% year-on-year.