Sport Touring Bajaj Dominar Gets Ready To Ride By The Coast 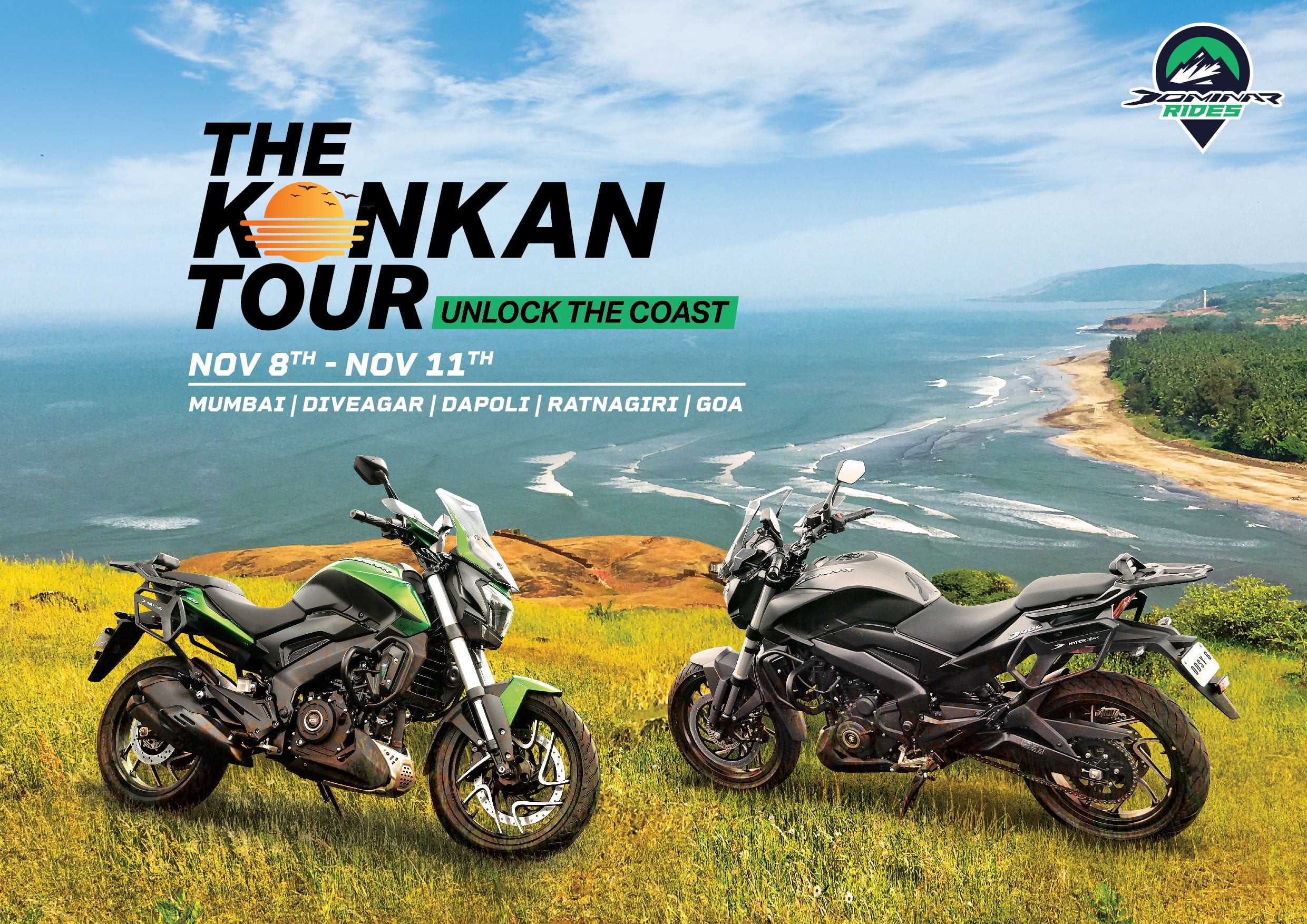 After the successful conclusion of the ‘The North-East Tour’ and the ‘Rann of Kutch Tour’ with each covering roughly 2,200+ km, Bajaj Auto, the world’s most valuable two-wheeler and three-wheeler company, is now all set to give Dominar riders an unmatched experience of exploring the Konkan coast.

Starting on 8th Nov from Mumbai, the 4-day Konkan tour will make Dominar Riders experience active touring with breath-taking views of lush green hills rolling in all directions, historic forts, scenic roads, jungles, villages, and occasional glimpses of the majestic Arabian Sea. The ride is an opportunity to soak in some of the most refreshing sights and experiences the region offers, from visiting korlai fort in Divegar, marked by ferry rides, to visiting waterfalls and lighthouses across the Divegar belt. The experience of serenity while passing through scenic beaches at Aravi, Srivardhan, and Anjarle will be followed by the high of revving through the straight roads in Ratnagiri adjacent to Guhagar beach. This will be matched only by the excitement of careening around the hairpins leading to Jaigad Fort – the one of the few of its kind in India that’s located at the meeting point of a hill, a river, and the sea. The verdant ascent to Amba Ghat and the spectacular descent to Devghali Beach are all part of the ride to Goa which offers pristine, post-monsoon views from Manoli and Paleshwar dams. Sarath Shenoy will lead this ride, a seasoned rider with experience in riding three lacs km across India, Nepal, and Bhutan, and successfully completed Dominar’s ‘Roof of the World Odyssey.’

Speaking about the ride, Narayan Sundararaman, Head of Marketing Bajaj Auto Limited, said: “We are excited to flag off the next edition of Dominar Rides to the Konkan coast, giving an exhilarating experience as it covers pristine locations, taking the mantle of active touring further. With 24 riders on board, we are happy to see such an overwhelming response for this Dominar ride. The Konkan region of India, is blessed with breath-taking coasts and green valleys, is the perfect landscape for such a ride. I am sure it will be an unforgettable experience for our Dominar riders.”

Launched in 2017, the Dominar has established itself as an exciting sports tourer for those who desire the performance of a sports bike with the long-distance capabilities and comfort of a touring motorcycle. It is equipped with state-of-the-art and purposive technology, making Dominar one of India’s best long-distance tourers. The new Dominar 400 gets factory-fitted accessories that make it more touring-ready. It has captured the imagination of touring enthusiasts with six successful Odysseys across five continents. After its latest Afro-European odyssey is complete, the brand will soon expand its dominance over the seven continents. Recently, the brand passed the historic milestone of 1,00,000 Dominars on the road worldwide.