Suzuki To Invest 1.3 Billion Dollar In Gujarat For EV and Battery Manufacturing!

This could be for both, electric two-wheelers and four-wheelers that are set to come in the Indian market along with the Toyota partnership. The first electric car is rumored to be an SUV in the mid-size segment. The electric scooter could be Burgman or another model that could come and take on the likes of Bajaj Chetak and TVS iQube. 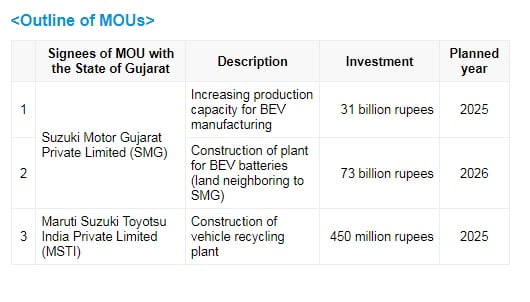 Is The 2023 Mahindra Scorpio Getaway Pick-up A Possibility? Why NOT!