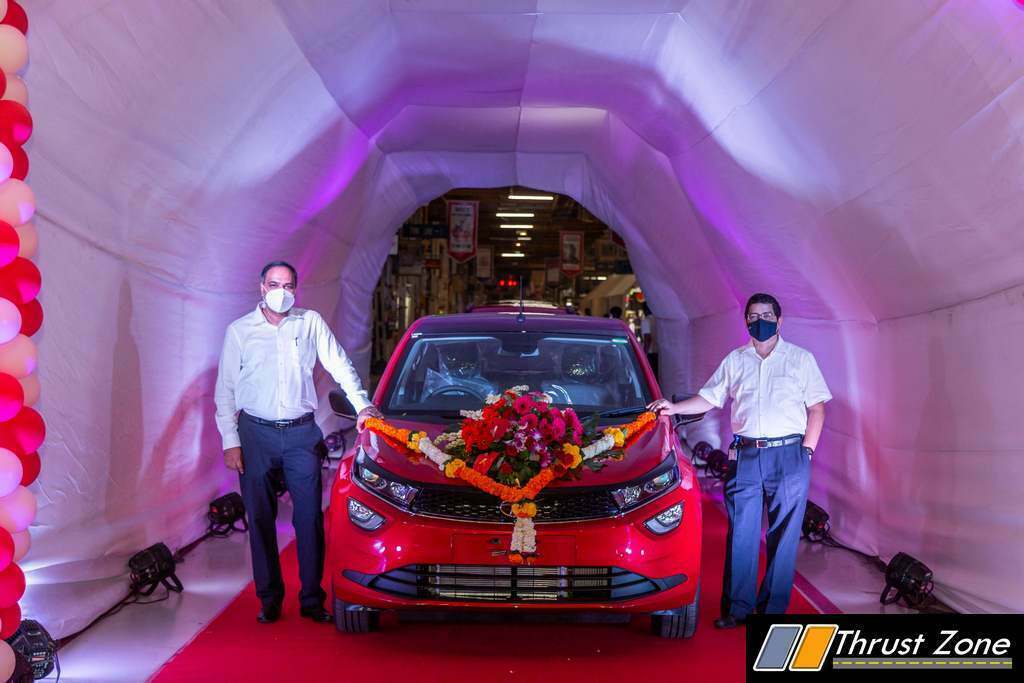 Tata Motors today announced a landmark achievement of producing 4 million passenger vehicles in India, since its inception. The company expresses its gratitude to the tremendous customer support that has made this accomplishment possible. In light of this, Tata Motors has launched the ‘We Love You 4 Million’ campaign to honour the support of its customers through this successful journey.

Over the years, Tata Motors has produced legendary vehicles like the Indica, Sierra, Sumo, Safari and the Nano that has played a pivotal role in shaping the country in its post-economic liberalisation era. These iconic vehicles have broken barriers across categories in the Indian automobile sector. With the launch of the Tata Safari, the company pioneered the concept of a ‘lifestyle SUV’ to the industry, thereby creating the most aspirational four-wheeler for its customers. In honour of the legacy of Mr Sumant Moolgaonkar, Tata Motors introduced the first-ever MPV in Tata Sumo. With Indica, the company changed the customer perception in terms of how a passenger vehicle is received. In the more recent past, Tata Motors redefined the entry-level car and the compact SUV segment with the rollout of the Tiago and the Nexon respectively. 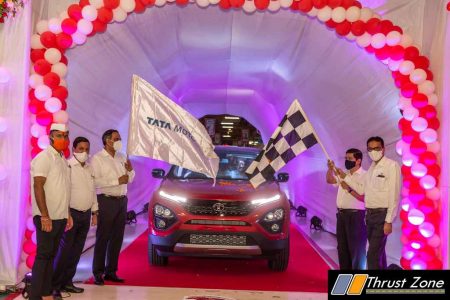 As of today, with its New Forever BS6 range consisting of the Tiago, Tigor, Nexon, Harrier and the Altroz, the company has the youngest and the safest product portfolio in the market. Tata Motors has been India’s first car manufacturer to have received a 5-star Global NCAP rating for its model, the Nexon. Tata Motors is also India’s largest EV manufacturer with 67% market share and leading the way on electric vehicle adoption in India. The company had achieved the 1 million production mark for passenger vehicles in 2005-06, 3 million in 2015 and the 4 million production milestone was achieved this month.

Commenting on this historic event, Mr. Shailesh Chandra – President, Tata Motors Passenger Vehicles Business Unit said, “As India’s home-grown automotive brand, we are delighted to have reached this prominent milestone for our passenger vehicles segment. Since its inception, Tata Motors’ commitment to introducing products that have the best-in-class safety, design and performance has brought to life the vision of our Chairman Emeritus Mr. Ratan Tata. Over the last 30 years, we have rolled out icons that have not only catered to evolving customer needs but have also set new benchmarks in their respective segments. Our “New Forever” range of passenger vehicles only strengthens our commitment towards our customers. In a bid to become future-ready we have embarked on a sustainability journey with EVs and are leading India’s journey towards sustainable transportation.” 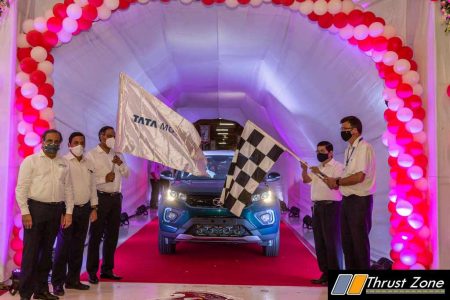 In the last 3 decades, the company has not only rolled out class-defining products but has also significantly evolved in terms of manufacturing and technology. Tata Motors was the first Indian company to develop indigenous capabilities from the design, development, validation and manufacturing stages as well as have a streamlined sales & service operations, all under one umbrella. It was also the first car manufacturer to install a crash test facility in India.

As of today, Tata Motors has in-house design and simulation studios that execute rapid prototyping, digital product development, and fully-equipped emission testing facilities to enhance its engineering capabilities, thereby developing best-in-class products. Tata Motors has state-of-the-art manufacturing facilities at Chikhali, Pune; Sanand in Gujarat; and the FIAPL plant at Ranjangaon in Pune. Four Millionth car was the Altroz rolling of the line.