The Baojun E100 Electric Car is an ultra-compact version which could go against the Bajaj Electric Qute. If both are launched

MG Motors India is working extensively to launch their products in the Indian market sometime around the year 2019. The first product to launch here could be the Baojun 530 based SUV. On the other hand, MG Motors India have also started conducting tests on some of its international models which will be launched in the mere future.

According to some sources, MG Motors have imported multiple vehicles which include sedans, electric SUV’s and even a small electric car known as the Baojun E100. This model has been spotted testing for the first time on the Indian roads. In the Chinese market, the E100 was launched on August 2017 and it is being manufactured by SAIC which is MG Motors parent company (SAIC-GM-Wuling). The Baojun E100 is only on sale in some selected cities of China, but after its launch back in August 2017 it has sold over 2100 units. 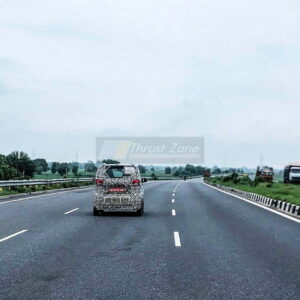 In terms of modern technology, the Baojun E100 comes equipped with Bluetooth connectivity via in-vehicle PAD, power folding ORVM’s, parking camera and an intelligent lock for the charging equipment. Also the safety package includes an automatic pedestrian warning switch in addition to the standard safety equipments.

As of now, we can’t say that this electric car will hit the Indian showroom anytime soon. Also the electric vehicle segment is still evolving and the government is working on developing the infrastructure accordingly. Once the Baojun E100 is launched in the Indian market, it will give some serious competition to the Mahindra E2o.