There Is a Time Machine And It’s A Motorcycle! Jawa-Yezdi D250 Classic 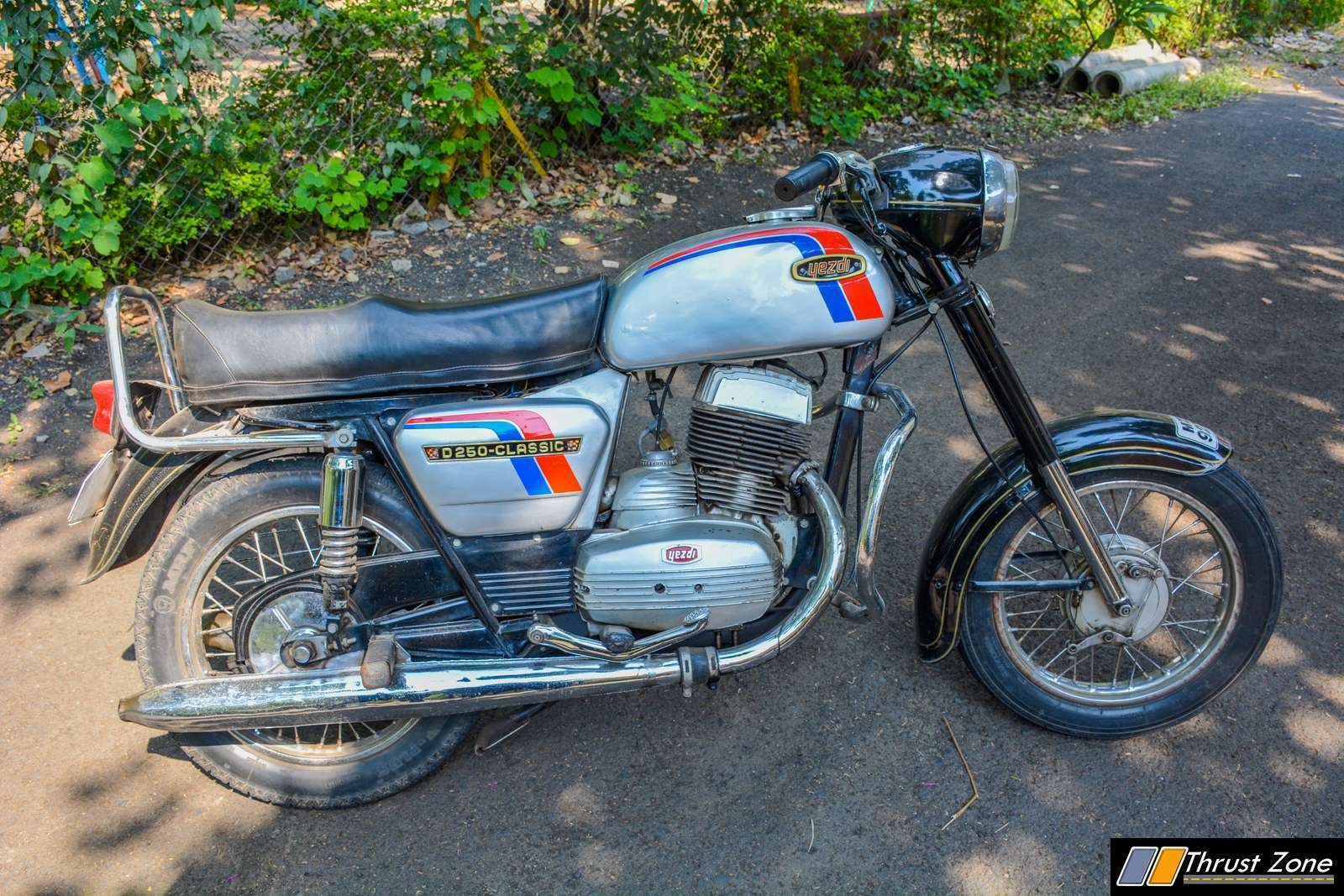 “Arey dude, it’s not starting, wait for some time, the owner is coming.” Beating the heat then in Pune with cheap and cheerful cold coffee that Punekars love a lot, I think I am getting addicted to it as well. This isn’t the Super latte choco frappe-whatever-chino in four-five sizes to choose from coffee in an expensive gadget fest coffee shop. This is blended with milk with coffee packets which easily bachelors do in Pune, is now the most popular and the most accessible drink in Pune. Something the bachelors don’t seem to have the time to make despite they invented it in the late 90’s. 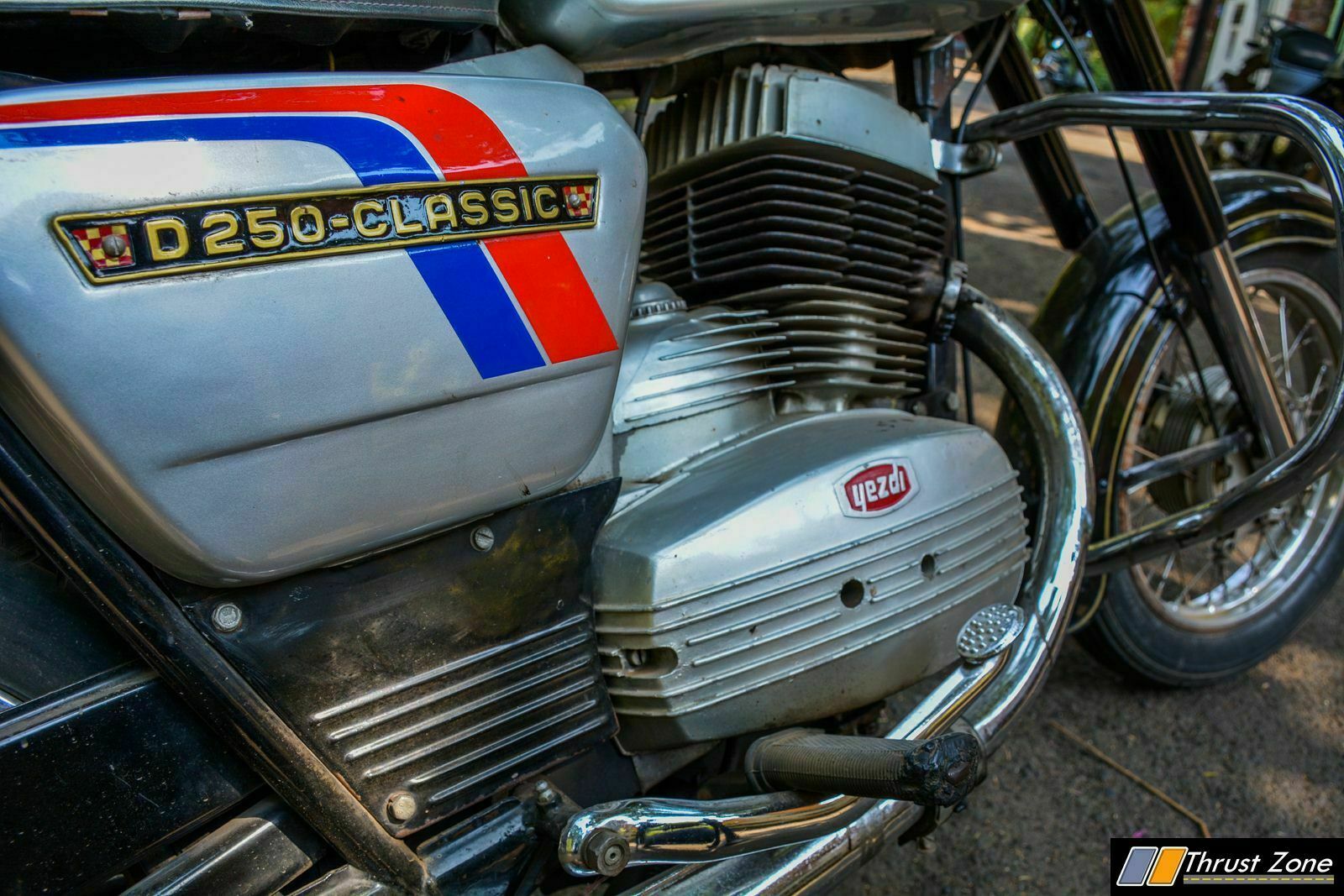 They bought those coffee shakers which were advertised along with motorcycle adverts that were aired back then. I think its the latter (not latte) which has grabbed the fancy of Punekars, motorcycles. The reason why I could see one 30-year-old maroon Jawa standing and a Yezdi which was ridden by a 20-ish boy at the same time in the same place in late October 2018 is clearly a sign. This is also the reason why I believe stats that there are more two-wheelers in Pune then people when a newspaper quoted it, I believed it and chuckled while drinking my cold coffee that day, I remember.

I think as a species we aren’t investing much in making the time machine. Why don’t we? I think we found another way, its expensive and they are called museums. They charge you a fee to get in and then you can see what our folks have left us there. Get inside, gawk at things, marvel at them and come back. What we don’t do much is imagining the situation and scenario of how those things preserved, were used back in the day. It can be a rocking chair, it could be a hunters jacket, it could be art on a piece of rock or museum architecture itself that needs to be admired. 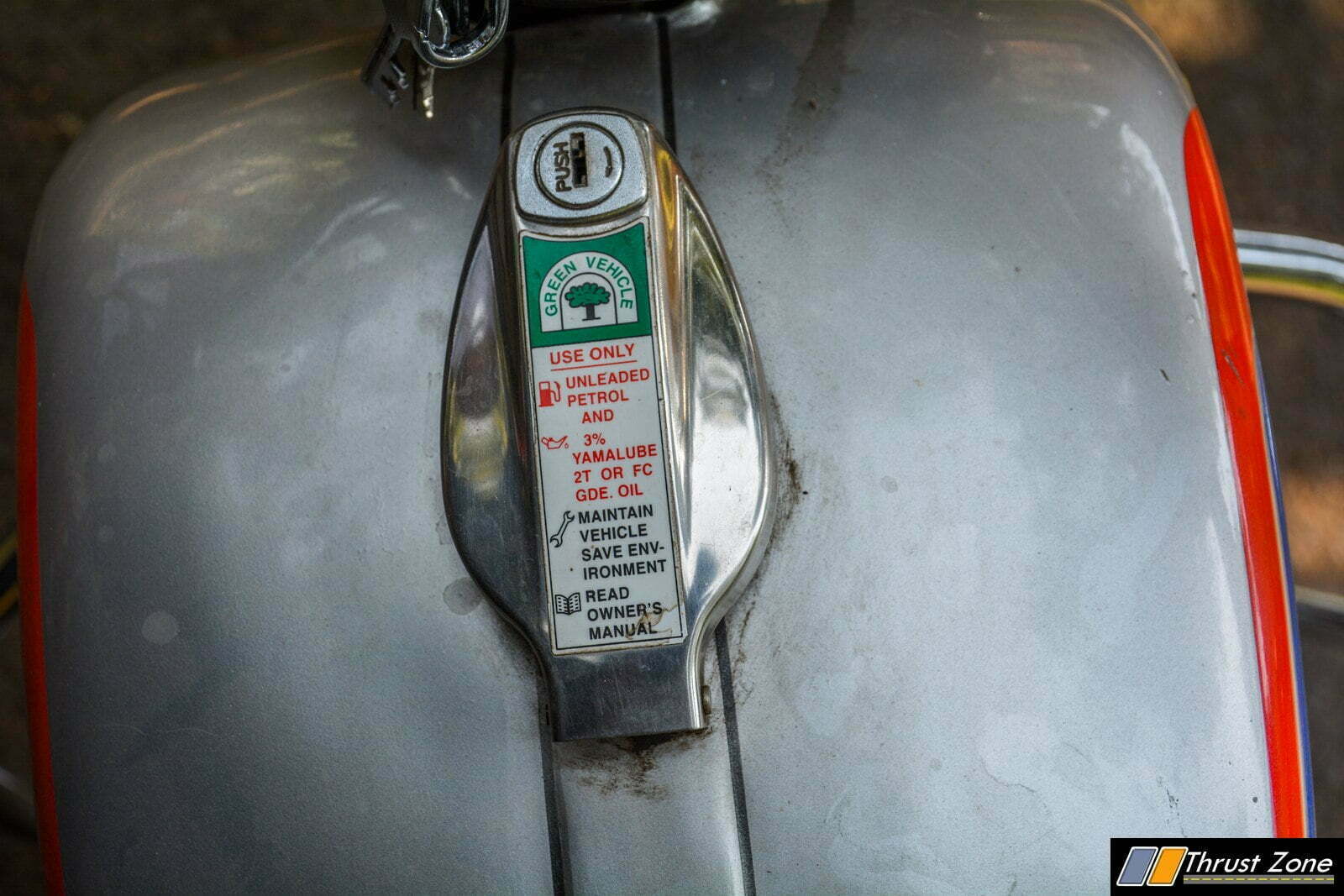 I know something that is easier to imagine those times and that is hopping on a motorcycle of that time and riding it. Imaging, a riddled tarmac, trees all around, the ray of sunlight coming from above and the side flickering while you ride the gentle breeze gets strong as you whiz past everything the moment you accelerate because that is also your heart rate which corrupts your sight and action. The two-stroke power band formula of excitement is also responsible. The rear view mirror showing smoke from the exhaust, the noise of a well-oiled cycle bell ringing constantly and haphazardly is your soundtrack. The two strokes, they bring the best out of a rider and a writer. 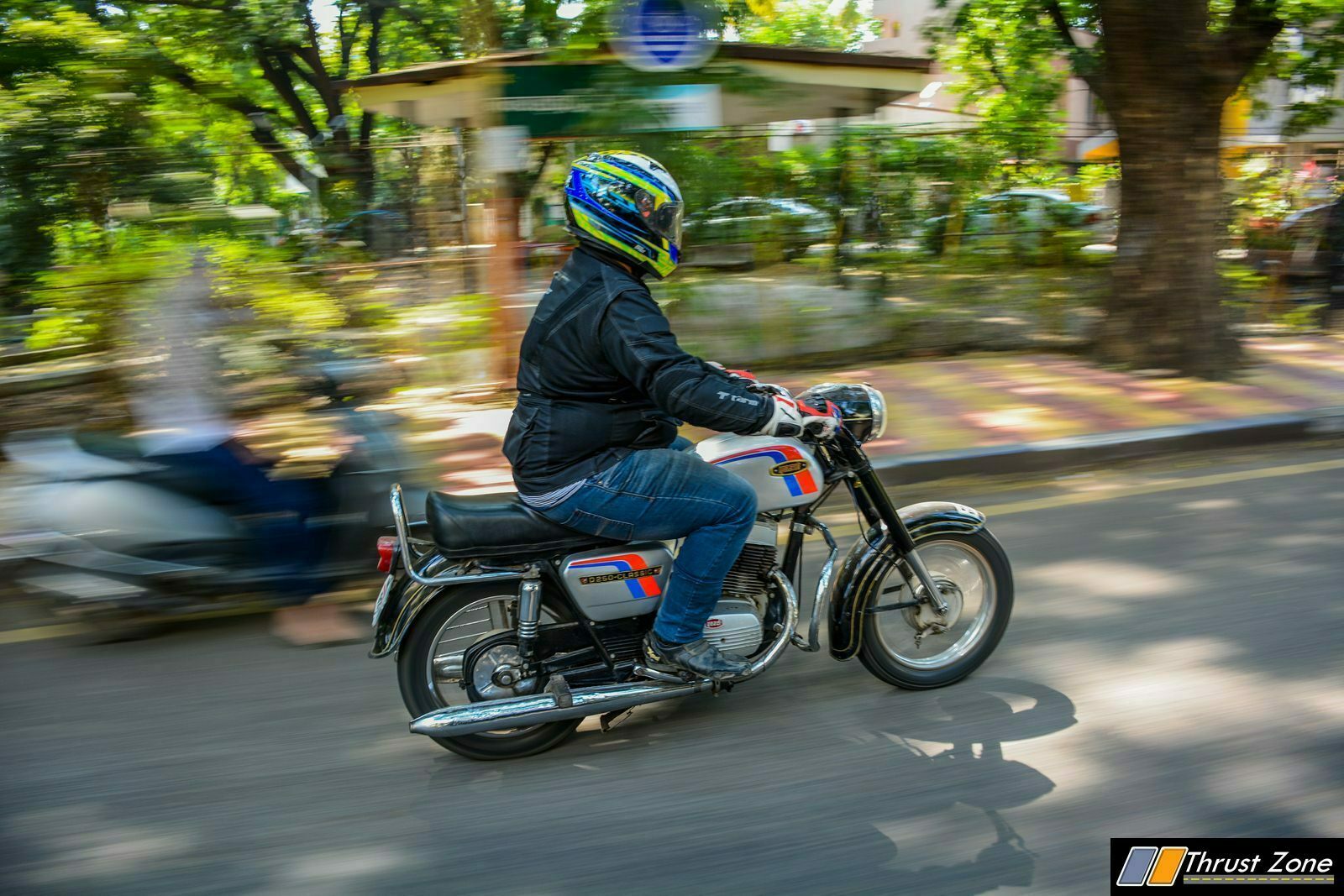 Reaching up to a mountain, looking down at a lake, escaping the mild hustle of the city in the late 1980’s is what I can imagine as I rode the D250 which started in the first kick itself. Flipped the same lever, made it into a gear lever, upshifted into first gear, while the rest of the gears would couple when you downshift. ‘I don’t think we have ever felt an engine which is so smooth’ This is something even after three decades of use. Something a boy in his 20’s said who skipped his classes to be there after taking a ride on it. 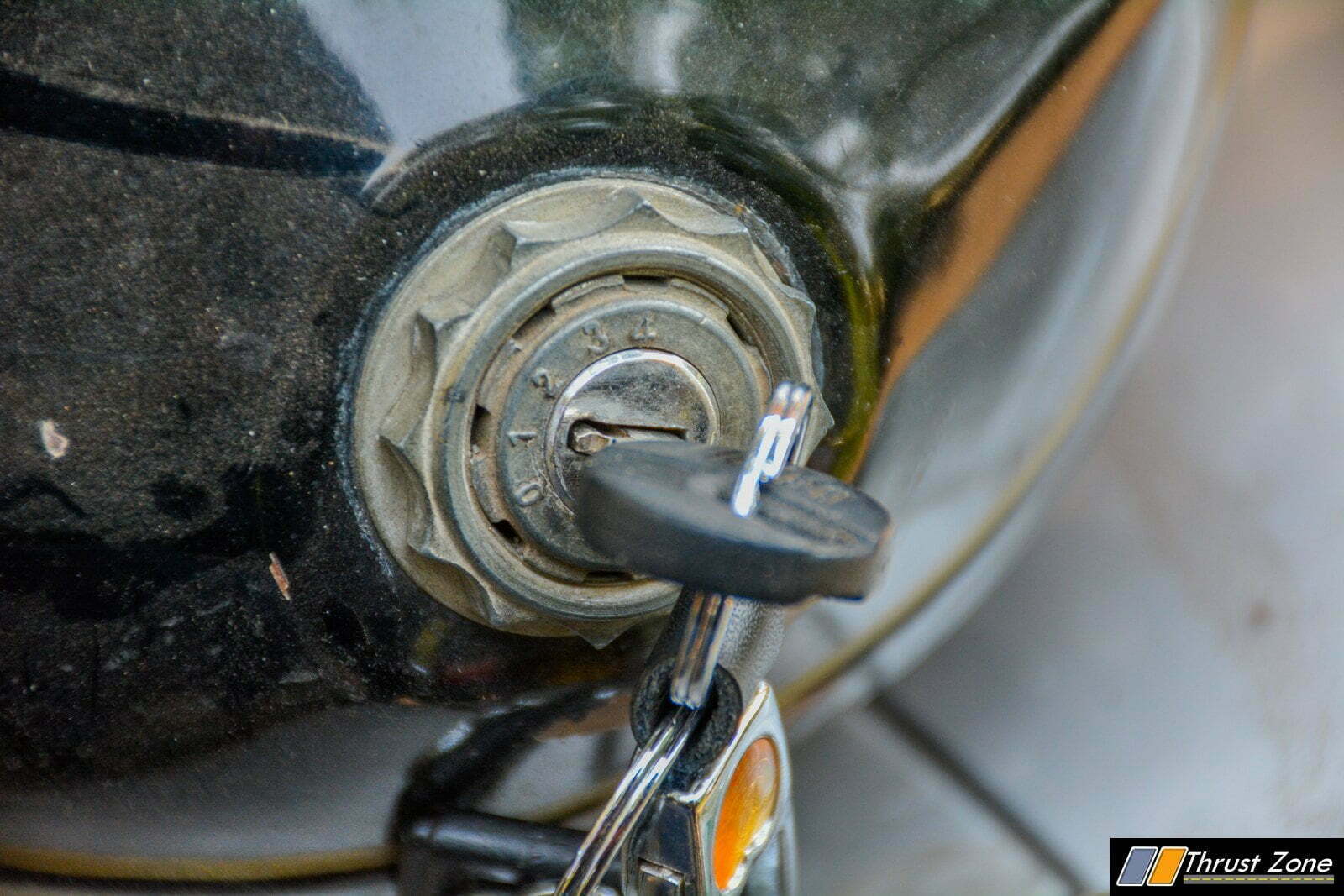 “What are the four slots in the keyhole for i asked” as a curious millennial,” The young boy wearing an adventure helmet on a classic bike said i just realized the fourth slot, but i know first is to start the engine, second is for cold starts and third is for the light. The simplicity and reliability offered back in the day I think is the reason of the popularity even today.

Shaft drive, light clutch, large drum brakes, tubular swingarm and telescopic forks with large travel all made it an easy choice. The light kerb weight is a result of all of this and 13 BHP coupled with 131 kgs was a recipe for acceleration without physical drama but didn’t spare the rider the mental chaos though. 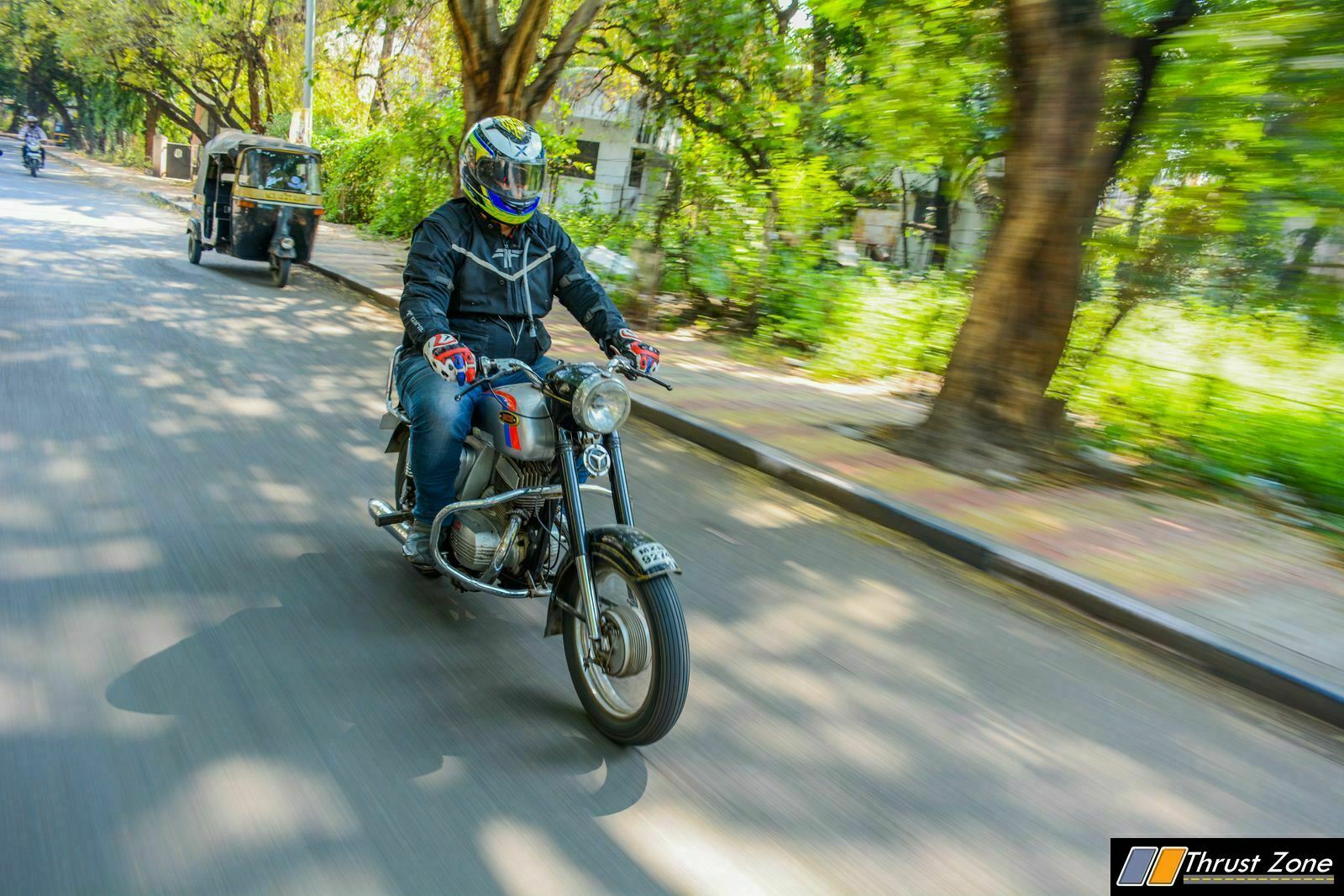 Imagining all of this today brings us closer to a time when things were simple. Alternates were born later, some exist, some vanished. A company which claimed to give ‘Forever bike, Forever value’ stands tall by its word even today and is testimony that defunct nature was temporary as it is now all set to come back. Imagining the past was a privilege today, but will it be the same in the future? Will the present be a foundation of stalwarts to lead an paradigm yet again? Time will tell as we wait to see it, just like another curious millennial.

The BMW 8 Series Convertible is Exquisite