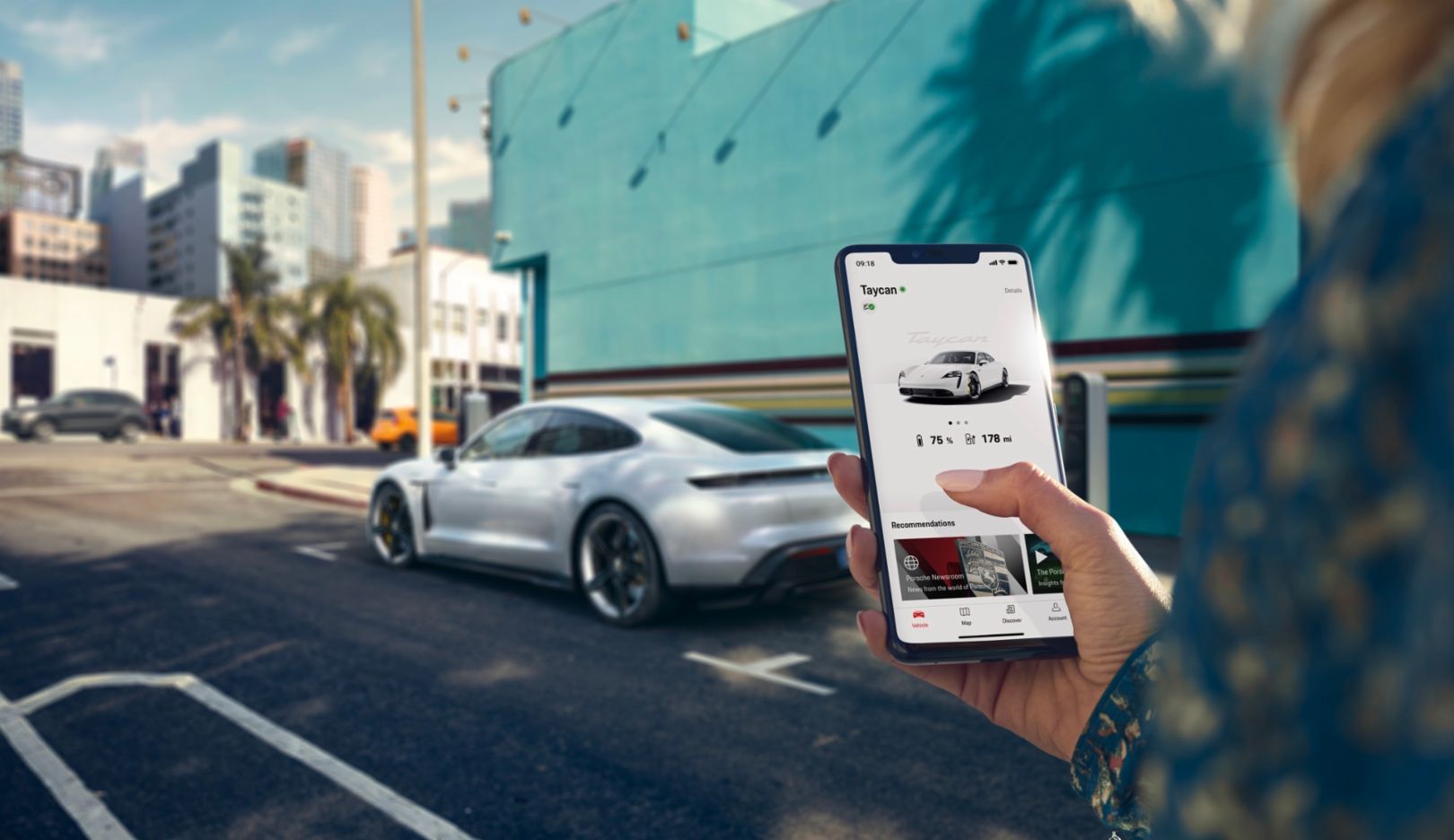 Porsche has revamped its digital services for smartphones and combined the functions for multiple apps: the My Porsche app will be customers’ central interface with the car and brand. It will take over the functions of My Porsche Essentials, Connect App and Car Connect App.

Over the coming months, additional apps such as the Porsche Charging and Porsche – Good to know apps will also be integrated. Combining the full range of services and information in a single app will simplify use for customers and create a practical point of access to the digital world of Porsche through a modern user interface.

My Porsche will become a versatile tool for every one of the sports car manufacturer’s drivers. The app is compatible with Porsche vehicles from the 2016 model year onwards. If there is a connection between the smartphone and the Porsche model, the app displays important vehicle parameters and can be used as a remote control for selected functions. It also supports the driver with charging processes, contacting their dealer, booking service appointments and with questions about the vehicle.

The My Porsche app connects the smartphone to the vehicle
As the central interface between each Porsche driver and their vehicle, the My Porsche app offers a wide range of functions for Porsche models with conventional powertrains as well as hybrids and all-electric sports cars – from showing the current levels of fluids to starting a charging process. When the My Porsche app is connected to a vehicle, it informs the customer about the car’s status. It knows the fuel or charge level, the current mileage, its location and can show statistics from past trips or the settings of the VTS tracking system.

If the vehicle unexpectedly moves or drives faster than the applicable speed limit, the app alerts the user with a push notification. It can also lock and unlock the Porsche and control the air-conditioning system and auxiliary heating in battery-powered vehicles. Through the app, customers have access to digital operating manuals and supporting videos.

The My Porsche app also offers comprehensive networking. It connects accounts of Streaming providers and Calendars with the corresponding apps in the vehicle. It also simplifies navigation by synchronising destinations and points of interest between the smartphone and Porsche Communication Management (PCM) system.

Connected with current and older Porsche models
The My Porsche app is available in 47 countries and 25 languages for Apple iOS (iOS 14 and later) and smartphones with Android operating systems (Android 8 and later). Customers can sign in with their Porsche ID or register directly in the app. Functions that access the vehicle are available for all current models and many older ones too:

The scope of functions can vary depending on the model, model year and country availability. The app can be downloaded for free from the Apple App Store and the Google Play Store and will be continually expanded and optimised.