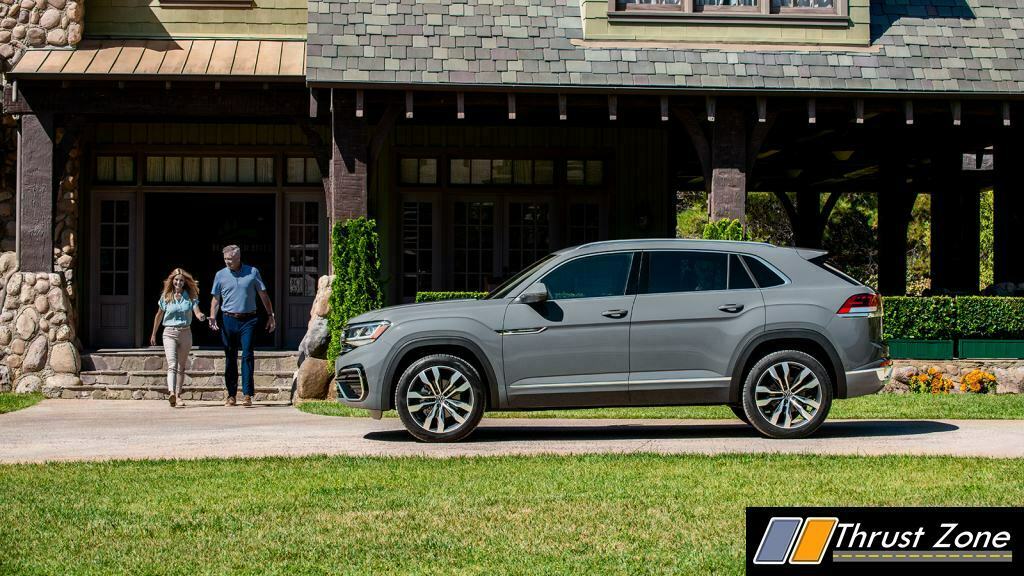 Only presented as a concept vehicle at the New York International Auto Show last year, the production version of the Volkswagen Atlas Cross Sport has now been unveiled in Chattanooga. The successful SUV for North America, Russia and the Middle East is now available as a coupe version. The dynamic version of the Atlas combines sporty properties with a high utility value.

Volkswagen Atlas Cross Sport profile: the rear slopes away more gently – the new design of the back lights and rear bumper gives the rear end real presence. The front features new, fully-LED headlamps; chrome accents on the lower body side and rear bumper add to the bespoke look of the design. The optional R-Line package makes the Atlas Cross Sport even more attractive. 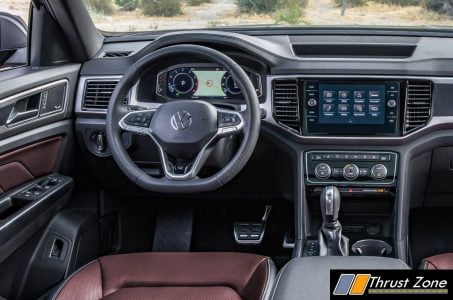 Volkswagen Atlas Cross Sport has a 235-PS (173 kW), 2.0-litre, four-cylinder engine as standard, with a 276-PS (203 kW) V6 available as an option. Both engines are mated to an eight-speed automatic transmission. This makes it possible to two trailers weighing up to 2.4 tons.

Volkswagen Atlas Cross Sport is 4,90 metres long (13 millimetres shorter than the Atlas), and yet it still has five seats. Like the Atlas, the SUV is based on the modular transverse matrix (MQB) platform, meaning it has the same wheelbase and a similarly generous amount of space in the interior. The Atlas Cross Sport is also available with the 4MOTION all-wheel-drive system.

Volkswagen Atlas Cross Sport is built alongside the Atlas and Passat at the Volkswagen Chattanooga Assembly Plant, the result of a $340 million additional investment by Volkswagen in the facility. Volkswagen has now invested more than $2.6 billion in the area and has about 3,800 direct employees. The Chattanooga factory expects to receive an $800 million investment for the production of electric vehicles – like the ID. Family – in the future. The Atlas Cross Sport is not available on the European market.