A car becomes an icon when its design DNA and character remain recognisable for decades – as is the case with the Golf GTI. For 44 years, Volkswagen has been reinventing this icon of sporty, compact cars – from one generation to the next. The Volkswagen Golf MK8 is now celebrating its debut. Newly designed and developed – fully digitalised and networked. Volkswagen Golf MK8 GTI is powered by a 180 kW (245 PS) 2.0-litre turbocharged direct injection engine. The maximum torque is 370 Nm. The four-cylinder engine is coupled with a 6-speed manual gearbox as standard. A 7-speed dual clutch gearbox (DSG) is optionally available.

Golf GTE. The Golf GTE’s plug-in hybrid drive is made up of a TSI four-cylinder unit generating 110 kW (150 PS), an electric motor with an output of 85 kW (115 PS), a 6-speed DSG gearbox and a new lithium-ion battery. The drive train delivers a power output of 180 kW (245 PS) and a maximum system torque of 400 Nm. Compared with its predecessor, the all-electric range has increased significantly to now around 60 km. The increase in range has been achieved by improving the new Golf’s aerodynamics and by managing to boost the energy capacity of the battery by 50% to 13 kWh. The Golf GTE can be driven at speeds of up to 130 km/h in all-electric mode. 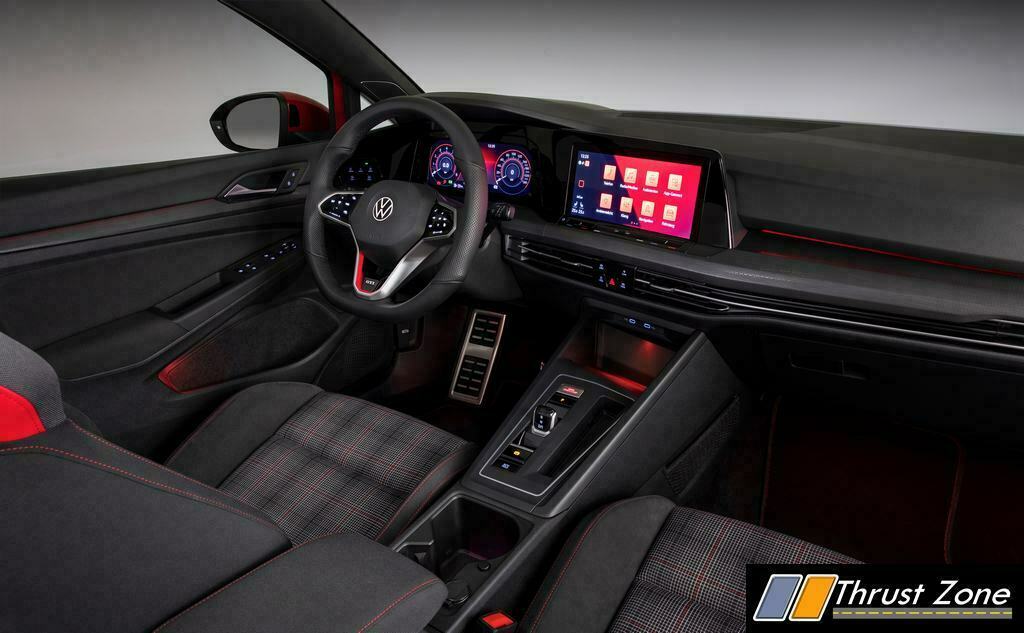 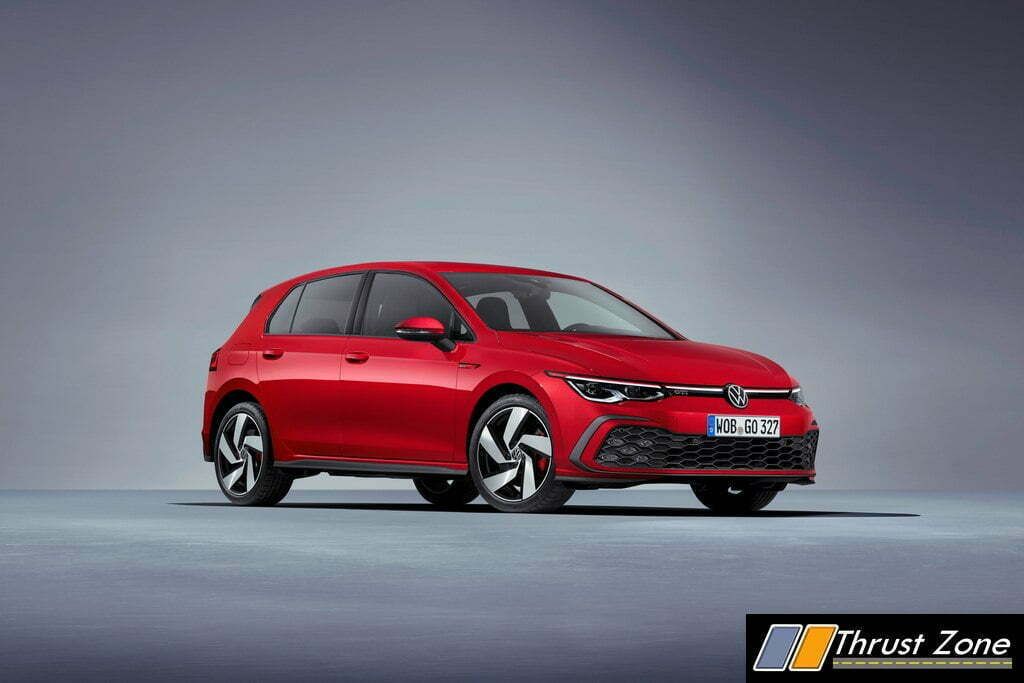 Three Golf models, three characters. The design of the three new, sporty Golf models reflects unadulterated charisma, something that becomes particularly evident at the front end. The standard LED headlights are positioned low down and dominate the striking front end in conjunction with the radiator grille. The narrow edge below the bonnet, reaching across the entire front, has been designed in one of the three dedicated colours – red for the GTI, blue for the GTE and silver in the GTD. Upon activating the daytime running lights, two continuous LED strips up to the Volkswagen logo emphasise this striking line. This creates the completely new, unmistakable headlight design of the Golf GTI, GTE and GTD. Just as striking and unmistakable: the large, continuous, air inlet grille at the bottom featuring the honeycomb pattern so typical of this model as well as the integrated fog lights (optional).

Although Volkswagen is enhancing the digital and networking capabilities of the eighth-generation Golf – and with it also the GTI, GTE and GTD – to an unprecedented extent, many of the original GT insignia can still be found on board. However, the sports steering wheel of yesteryear has been transformed into a new multifunction leather sports steering wheel with touch controls and an optionally integrated Travel Assist button to help the powerful Golf models reach a top speed of 210 km/h while Travel Assist is engaged. The three silver spokes on the steering wheel have been retained – in the GTI, the interior of the central spoke has a red finish, while the GTE and GTD have blue and silver finishes respectively. The classic checked pattern of the sports seats is also retained. The new checked design is called Scalepaper. The seams of the grey and black design are red in the GTI, blue in the GTE and light grey in the GTD.