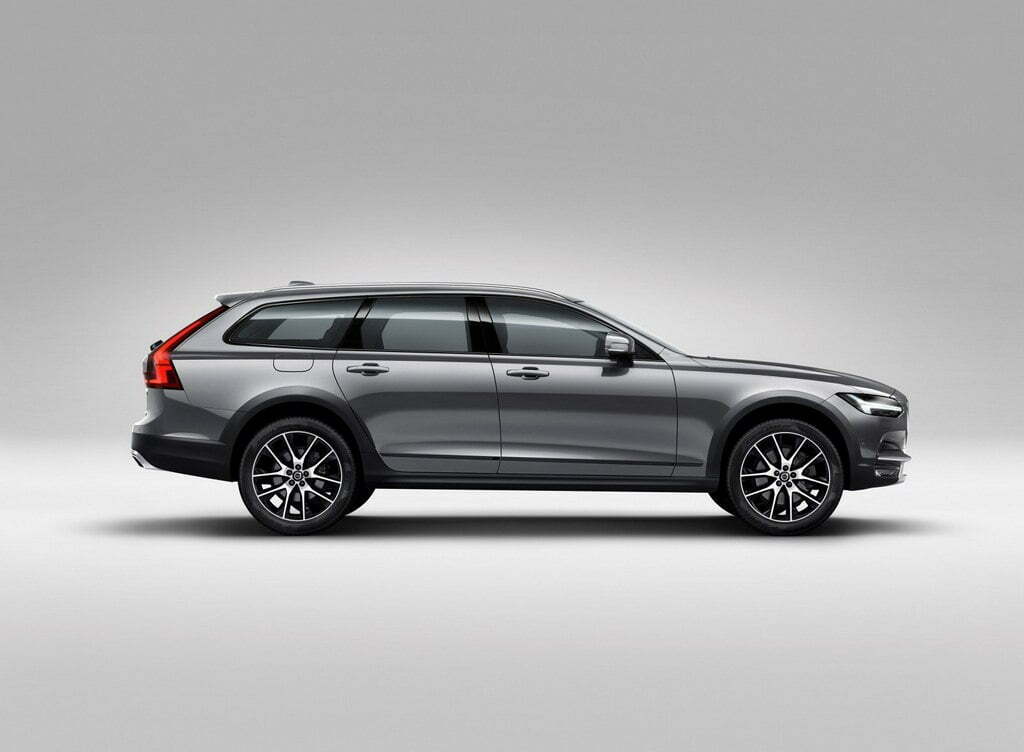 Ever since Volvo shifted to it’s all new SPA platform in 2014, it has been rapidly growing all over the world. With the XC90 spearheading the company’s global charge, Volvo continues to bring better products to the market. The latest unveil from the Swedish manufacturer is the more cross-country long-range loving version of the V90 estate, the Volvo V90 Cross Country. Volvo is calling the V90 Cross Country as the spiritual successor of the great XC70 and the V70 models of old. With the XC70 now in its last production year, the Volvo V90 Cross Country will be ready for launch just at the right time.

In Volvo world, ‘V’ is known to depict the company’s range of estate models, however, the V90 Cross Country promises to be much more than that. It is a whole new beast that stands tall with a 210 mm ground clearance as against the more sedate V90 Estate’s 153 mm. To go with new-found rise in the ground clearance the V90 Cross Country comes equipped with a 5th generation Borg Warner AWD as standard equipment.

This AWD system can be controlled with the simple driving modes in the car as well. Interestingly, this AWD promises a rather great torque split capabilities of 50:50 between the two axles and combined with a 20-inch suspension travel, the V90 Cross country should do justice to its Cross Country credentials. The car rides on capable Pirelli rubber while the Hill Decent control help the car to behave sanely while going down a slope. Among other niceties that adorn the Volvo V90 Cross Country are the tough looking cladding on the wheel arches that gel well with the cars skid plate at both ends. Overall the Volvo V90 Cross Country comes out as a handsome design while the appearance of the Thor’s Hammer headlight on the car brings much premium-ness to the overall design as well.

The car is powered by three primary modes of operation and that includes EV variant where you can drive at speeds up to 120 km/hr. Then there is the Hybrid mode and then the last Power mode in which the engine and the electric motor combine to produce 400 BHP and 640 Nm of torque. Just like the recently launched XC90 T8 Hybrid, the V90 Cross Country will offer four-cylinder power exclusively. In the Indian context, expect the Volvo V90 Cross Country to arrive along the XC90 models in mid 2017. When launched it will be slot between the S90 and the XC90. We expect the pricing to be in the range of INR 60-70 lakhs for the Volvo V90 Cross Country when it arrives at our shores.