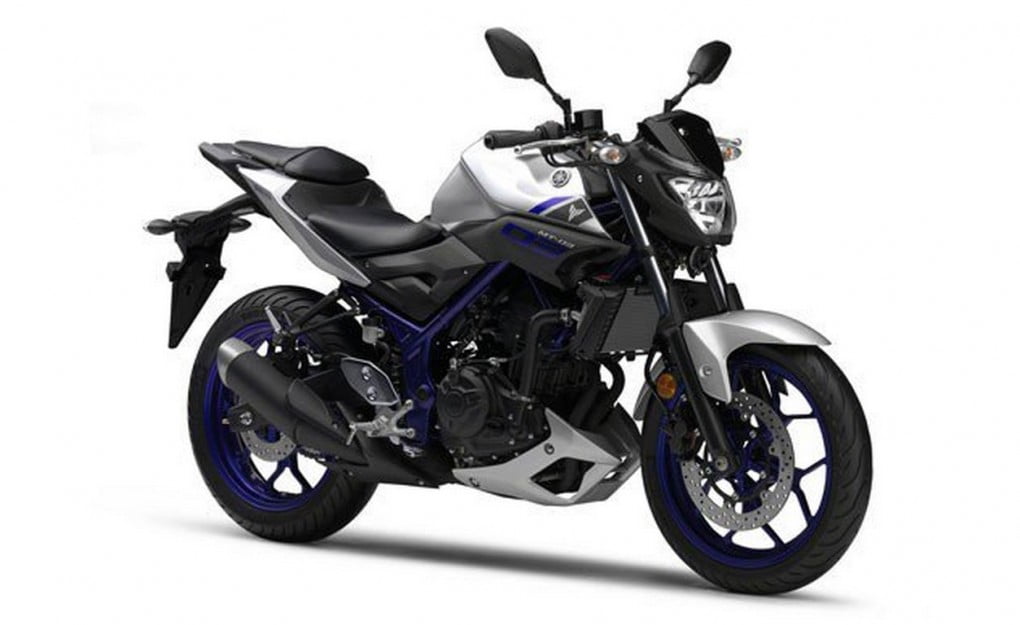 YZF-R3 came to the market last year in 2015. The motorcycle proved it might at the race tracks, road and road tests. The motorcycle was splashed with awards as well. The pricing, performance and everything else was almost on the verge of being the next best. However, the KTM continues to be the best in sales, the R3 earned critic’s point by being more accessible, refined and easier to live with. The MT-03 strengths all those facts and it is set to come to India as well. Yamaha has confirmed its launch but it has been delayed by some margin. The Japanese manufacturer will sooner or later will launch it in the year 2016. We have all the details of this bike, which could be the next best thing.

Based on the faired YZF-R3, the naked motorcycle has carried a lot of bits along it. The rear cowl seems to be the same which houses the front and rear seats. The tank is the same and so is engine belly fairing. There is the new headlight based on the new MT series of motorcycles worldwide that we are seeing higher up in the category. Tail-lamp also remains the same. There are minute to changes to dimensions but the key facts such as seat height remain the same. 3 kgs lighter kerb weight is expected.

India launch should happen in late 2016 and pricing should be Rs. 30-35,000 less than the faired version. If ABS makes it to the motorcycle we can see similar pricing like before.

Mechanically too the changes are minute. It continues to get the same diamond frame seen on these class of motorcycles from Japanese manufacturers. Same tyres, wheels and suspension unit continue to be the part of the MT-03. Listed below are the details. Sadly, the MT-03 also doesn’t get the USD forks or better tyres, which is a possibility for Indian market that they get better ones after much criticism.

The same flexible and proven engine will continue with the naked version as well. Power and torque is made exactly at the same RPM and so are the other numbers. Smooth, refined and the most powerful engine it class, apart of the KTM has earned its reputation of being almost segment best in performance and the entire package making quite a hoot and a deal to ride and buy.

There is a probability of ABS being offered with this motorcycle here in India. Features wise we can expect, a loaded instrument cluster such as a Fuel MID and much more.