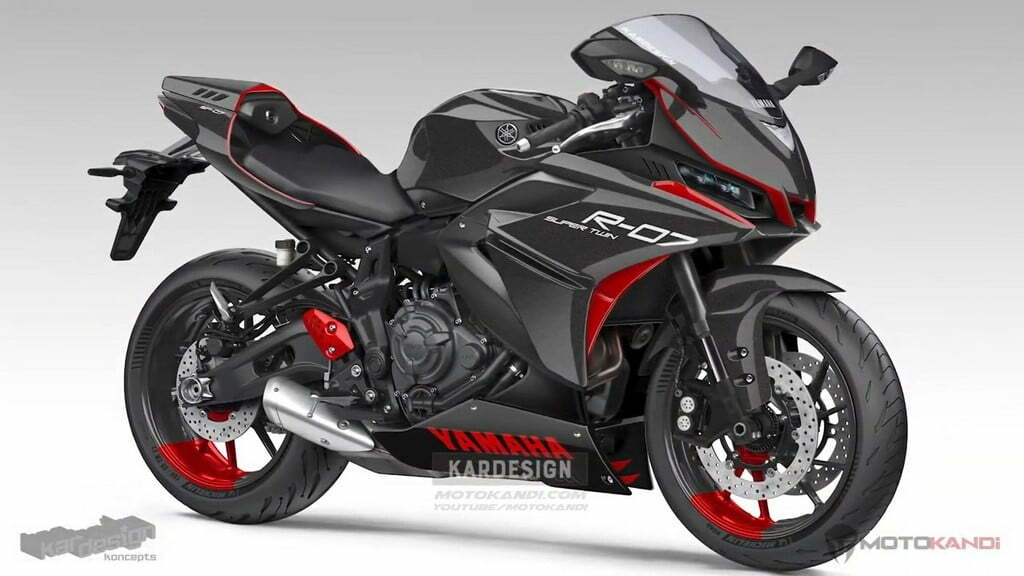 Yamaha could revive the iconic YZF-R7 model name in 2022, if a recent report is to be believed. According to the documents filed with the California Air Resources Board (CARB) in the US, the Japanese two-wheeler giant has filed the YZF-R7 name that could be for a new middleweight motorcycle. The original Yamaha R7 was an absolute ballistic motorcycle that participated in Superbike World Championships and Suzuka 8 Hours endurance races. The new R7 will be more of a mid-range sports bike, effectively stepping into the shoes of the R6 in the brand’s line-up that’s been discontinued in Europe.

However, unlike the original, the document filings suggest that the 2022 Yamaha R7 will be more versatile than the track-focussed original. The bike is expected to share its underpinnings with the MT-07, particularly the 689 cc parallel-twin engine. The motor develops about 73PS and 68Nm of peak torque. The motorcycle is likely to get a bunch of tweaks over the MT-07 though including a revised chassis, full fairing, and possibly a more sophisticated suspension set-up and electronics. In comparison, the last-produced 1999 R7 used a 750 cc four-cylinder engine with 105PS and 72.5Nm of peak torque.

The supersport segment has been far from lucrative in recent years, especially with the emergence of adventure tourers in the same space. However, the launch of the Aprilia RS 660 caught the market by surprise, given the kind of attention it received. The model really makes for an interesting middleweight track-scorcher, and there aren’t too many of those globally anymore now.

So, the 2022 Yamaha YZF-R7 would be an interesting addition to the segment. It will also compete against the Honda CBR650R in the segment. And if you’re wondering about the India sales, it is unlikely that Yamaha Motor India will bring the new R7 here. The company has shied away from bringing the MT-07 and even the Tenere 700 from the range, and there’s little chance the R7 will be an exception.

EXCLUSIVE! Kia Next Car Launch in India Within Six Months – Smaller Car Than…