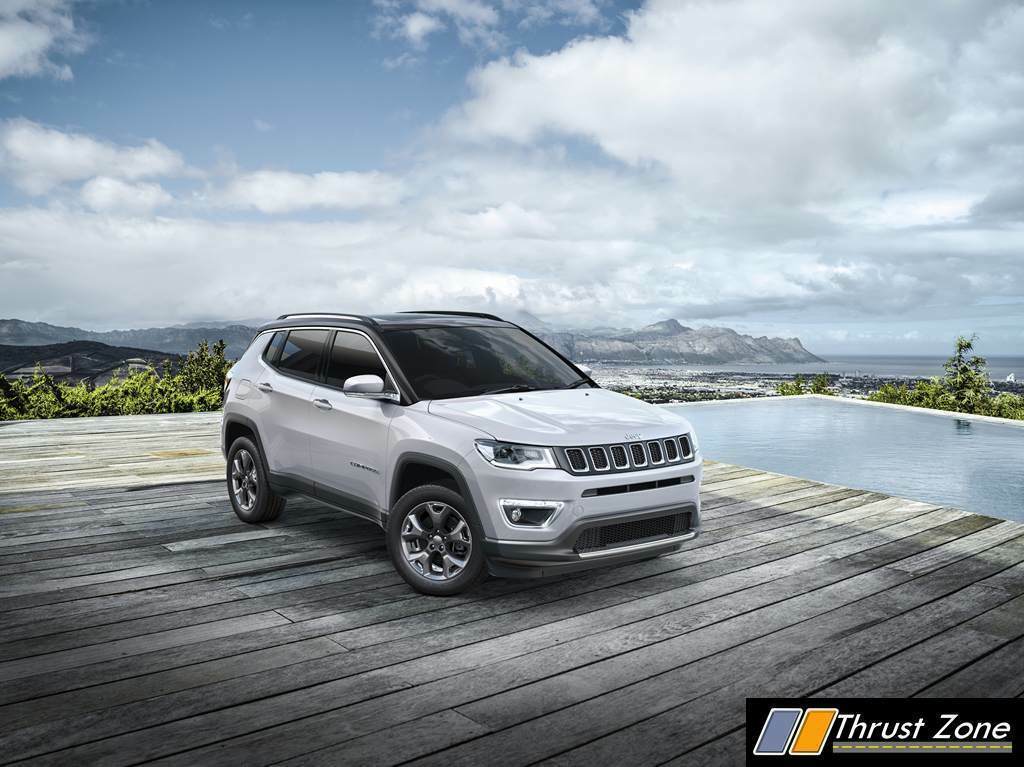 Jeep has officially recalled diesel variant of Compass to fix the high particulate matter emissions caused by its flagship SUV. The recall is effective on the Compass units manufactured between December 18, 2017 and November 30, 2018. A total of 11,000 units of SUV have been affected by this recall. According to the company officials, some of the vehicles produced during the aforementioned period have exceeded the threshold limit on particulate emissions. Jeep will fix this issue by updating the software and reprogramming the electronic control unit (ECU) of the SUV.

The company has also communicated to the dealers to carry out this software update first on the unsold stock and then contact the customers who are affected by the recall. Additionally, the vehicles coming in for the service will also be updated with the latest ECU software. This is not the first time when the Jeep has recalled the Compass in India. Earlier, the company recalled 1,200 units of Compass to solve the issue related to its airbag module. This probably explains the sales momentum going down since the last few months as production could have been re-calibrated and also because the Trailhawk version is coming with BSVI compliant engine.

Launched in 2017, Compass has proved to be the most popular product of the Jeep in the Indian market. It is available with two engine options – a 1.4-liter turbocharged petrol engine with an output of 160bhp and 250Nm and a 2.0-liter turbocharged diesel engine putting out 170bhp and 350Nm. 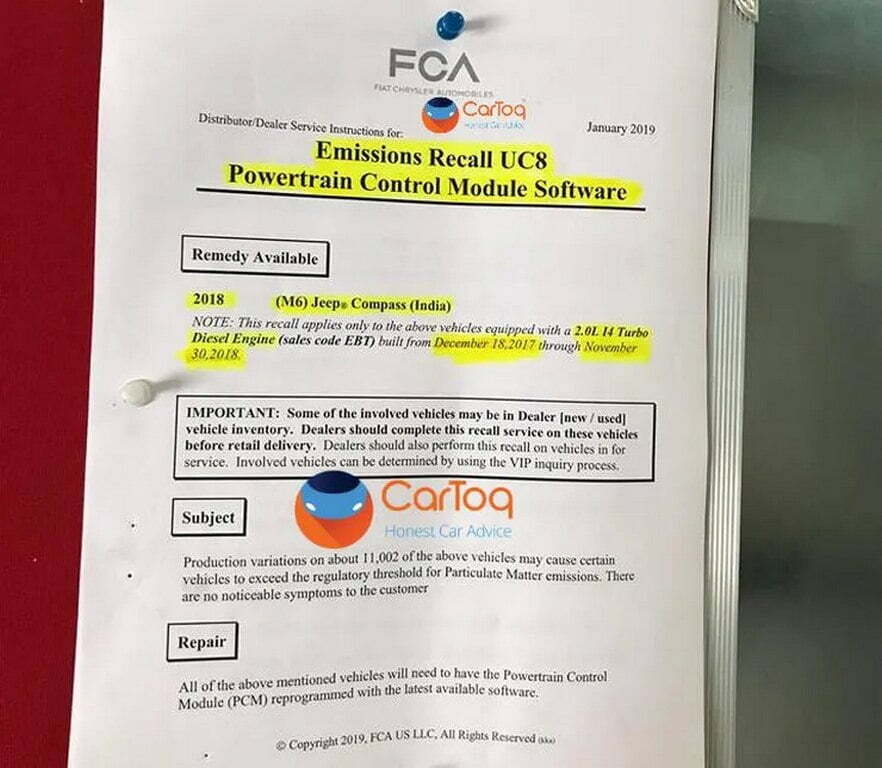 Both petrol and diesel variants come equipped with a 6-speed manual transmission while the petrol variant gets an added convenience of a 7-speed dual clutch automatic gearbox. However, the option of all-wheel drive is available only in the diesel guise. Jeep is soon going to add Trailhawk variant to Compass line up at an estimated price of around Rs 25 lakh. In the Indian market, Jeep compass competes against Hyundai Creta, Tata Harrier, Renault Captur, and Nissan Kicks among others.