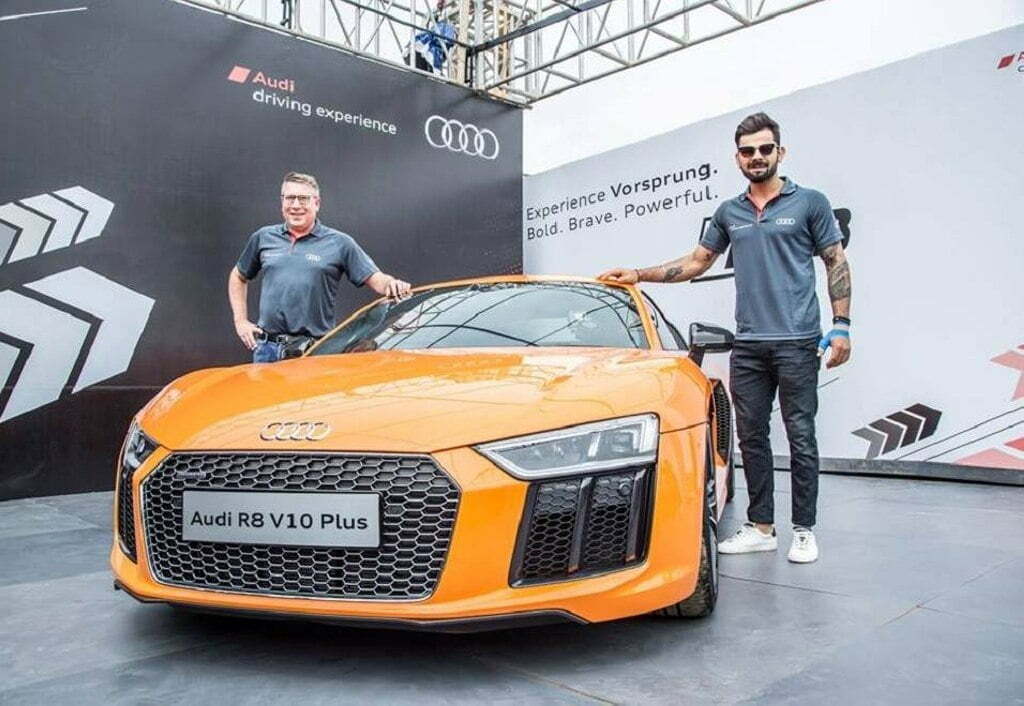 2016 Audi R8 V10 Plus is faster, quicker and is better in when it comes in terms of styling, performance and even efficiency

Audi India is one brand after Mercedes and BMW which are in a race for volumes in the country when it comes to luxury car sales. Sure, no brand would admit the volumes race but that what makes them the number one every year. Audi has done this by launching hardcore volume gainers and hardcore performance cars. After launching RS7, RS5 and soon, at SQ7. Today, it has launched the flagship super-car that it makes, the Audi R8. The new 2016 generation is called the Audi R8 V10 Plus. As the name suggest it has the R pedigree and a V10 engine taken from its Italian Cousin.

The 5.2 V10 engine makes 610 BHP and does 330 km/hr which is electronically limited. 0-100 km/hr comes in 3.2 seconds. The V10 is powerful and efficient at the same time which has the lowest co2 emission along with fuel efficiency boosting technology such as cylinder-activation to cut down on fuel consumption dramatically. Air intakes on the side have vents to make sure cooling and aerodynamics play their part well.

With the performance on tap and fuel efficiency technology, the R8 is the ideal supercar that even can be driven daily as the interior and precision in ease of use has been given a good amount of attention and has been seen in the past with rave reviews all over. What more Audi has changed is the way the new R8 V10 Plus looks. New headlights, tail lamps, larger air intake bumpers along with signature Audi grille to make it look substantial.

To make the occasion special, Indian cricketer Virat Kohli was called in to grace the occasion and is already known to own several cars from the brand previously as well such as the Audi Q7. Priced at 2.55 crores Ex-showroom Maharashtra and 2.60 crores Ex-showroom Karnataka doesn’t seem a bad deal as you can more power than the Jaguar F-Type and get quite close it’s Italian and Germans cousins.