Volkswagen Ameo Deliveries Begin Nationwide for Petrol, the compact sedan is finally here from the German brand that will fight half a dozen cars in the segment

When Volkswagen announced that they will be launching car in the month of June 2016 at the Auto Expo 2016, it seemed far away. However, the date is finally here and every month post Auto Expo, Ameo has managed to stay in the news some way or the other. Let it be few last spy shots of the production, online reviews, speculations and many more. Recently, Volkswagen launch an app for the new Ameo to make things better for their customers to have more information on the vehicle.

Today, Volkswagen announced that the company has just started the Deliveries of the Ameo. The Ameo is Volkswagen’s trump car after the highly competent products from the company such as the Polo and Vento did not gather much gains over the years since it came to India cumulatively. Ameo is a compact sedan, which falls under the sub four meter mark. Volkswagen has done everything in their power to make the car more appealing to the consumer here in India.

The car being delivered is a petrol turbo 1.2 3-cylinder petrol motor with a 5-speed manual gearbox. The other engine option is the 1.5 diesel with 90 PS and a 5-speed gearbox along with a 7-speed DSG gearbox. A 1.2 Tsi turbo petrol with automatic should come in later in time as well. 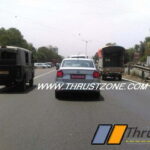 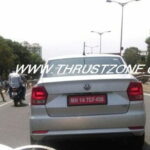 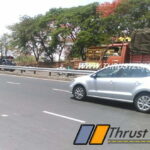 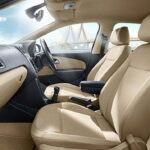 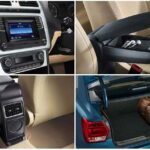 The high point for the car are the features that the car comes with. The numbers, which even aces, segment feature king, Hyundai Xcent. Sub four meter cars has seen a lot of action over the past 5 years and from every manufacturer. The lucrative segment offers manufacturers to price their product right and offer more the consumer, which means, sales of high numbers can be achieved.

Maruti, Honda, Hyundai, Ford, Tata and now Volkswagen coming into action all together. This time it is a serious battle, which goes head on. Ameo plans to take a pie of the market share from others and prove its might. Will that happen? Pricing for the diesel variant is the only thing remaining that is keeping Volkswagen from a lot of success.