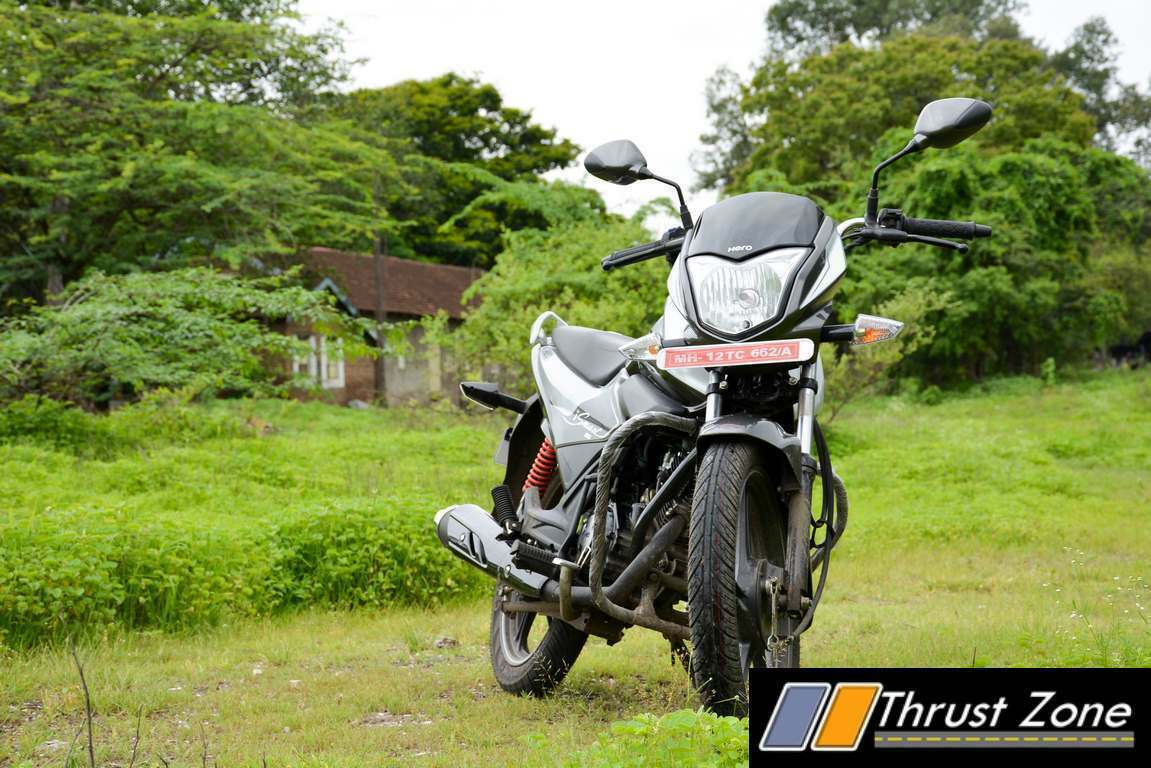 Hero is one of the few manufacturers in the country who has been successful since inception. The major breaking point was when erstwhile partner left Honda and took away with them their technology which powered Hero motorcycles and scooters. Royalty was being paid until very recently which is all set to be vanished. Why? Hero is concentrating on products that are self made. House-hold R&D and engineers working hard to get the best balance of engine and chassis as much as possible.

We first saw the same on the Hero Maestro, a scooter which had everything, but with few flaws which can be neglected and hence it is one of the best scooters in the market. Best in class engineers around the world working in a multi- billion dollar facility in Jaipur making sure everything falls into place. One such product now is the Hero Splendor 110cc iSmart. A technology Hero brought with the 100cc Honda motor, now comes with this new 110cc home grown engine. We have ridden both, 100cc in the past and 110cc today. We tell you in our detailed road test what is it like to ride in real life conditions. 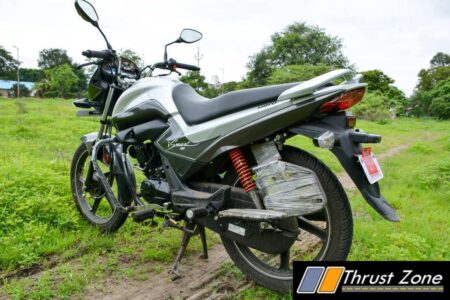 Design
What we saw at the Auto Expo is what we get here as well. With a many dual tone schemes on offer when it comes to paint and decals, the motorcycle has a unique trait that will make it stand out. What is also different is a new headlight and tail-lamp. A similar fuel tank that we saw on the earlier iSmart, same grab handles at the rear. What is also new is side panel, which extends also forms as a rear tail-piece.

This part is either a hit or a miss with the masses, but since the colors do a good job of hiding or accentuating it, it should do the job just fine for Hero MotoCorp. What continues to be the same is the exhaust canister with the same piano black color heat shield and exhaust can-end that looks like the Glamour 125. Fit-finish levels are good. There are still some exposed wires around the engine and near the switches.

Ergonomics
A typical affair here as well. Upright riding position, front-set footpegs and comfortable seats make sure you can do long distance in ease. Longest seat in the segment also makes sure if you have more luggage to tie on or carry large pillion riders on a daily basis. Most users will end up using it to ferry three passengers, which isn’t a good idea as always. Mirrors are large enough and are well placed to show what is behind.

Speedo and Switches
Hero surprisingly continues to use the Honda switchgear. However, this is the new switch gear which is devoid of the Auto Headlamp. The low beam and pilot lamp switch is gone. High beam buttons remains on the left hand switch along with pass and horn. Right side switchgear has the start-stop button on the top and electric starter button. Quality seems better than before and they feel robust enough. Cluster is all new. There is a new digital unit, which showcases service reminder, trip meter and odometer. There is analogue speedometer and a fuel gauge as always.

Powering the new iSmart is the home-grown 110cc engine that makes its début first time on a motorcycle. The engine features torque on demand and other tech on board to make it peppy and efficient at the same time. Our 60 km test ride showcased that this engine is clearly the next best thing after Honda’s engine that Hero was using. Clearly, Honda engine had more low and mid-end torque and top-end was enough as well for the motorcycle of this size. This new engine which uses the same OHC, 2-valve, air-cooled layout.

However, this engine isn’t making immediate low-end torque, but it is just about enough. Short shifting to third or fourth gear saw us waiting for torque to kick in, which is slightly higher than the Honda counterpart. This is how the commuters usually ride. Rev it up a bit and then shift and you won’t notice low-end torque deficit. The NVH levels though, are quite good. Vibrations are only reserved for the top-end which 90% of the masses will never notice.

Noise level is slightly higher than expected, but not as loud as its domestic competitors. Something that won’t bother commuters much. Clutch and gearbox action is crisp and precise. In fact this power band layout helps in getting even more punchy mid-range, which the motorcycle has in abundance. 40-70 km/hr is done in no time and it can actually reach 90 km/hr quite easily. All of this means this engine should clearly deliver more fuel economy for sure.

The new vertical layout helps in that aspect as it delivers more aero efficiency as well as other benefits that come with it that most motorcycles have. We got an efficiency of 62-63 km/l in a our test ride which seems impressive. More could be achieved with sane riding techniques which was lacking in our test ride a bit. Performance could be better if the weight of the motorcycle was lower. 115 kgs for 110cc motorcycle is a little higher. More on that later. Overall, the engine feels robust, has a punchy mid range, enough top-end power and acts as a new age commuter without core areas being sacrificed.

If the engine was new, so is the new chassis. Hero has ditched the single downtube frame for the Splendor this time. Like its peers, it has also no adopted, a sturdier, heavier double cradle frame. Yes, this is one of the reasons why the motorcycle weighs a lot for a 110cc motorcycle. Not by a huge margin, but by 7-8 kgs more. The suspension tuning on the other hand has masked the weight well. This is clear the moment you start exploring twisty roads and start changing direction.

This is by far now the best handling motorcycle in its category. The poise, stability through corners along with agility and nimbleness it offers is segment best. Last time we rode a motorcycle like it was the Mahindra Centuro with the same hardware and chassis. However, the TVS StarCity and Victor could be better, if we get to compare them back to back. Ride quality is on the stiff side, but it has enough compliance in the suspension to deal with bumps in calm and mature way than before. Another reason commuters will like the motorcycle immediately. Overall, another reason the iSmart deserves appreciation.

Clearly, the Splendor remains the Splendor. It is set to offer everything to its owners as always. Fuel efficiency, which is now even better than before. Reliability remains a question, but given the fact its 2016 nothing there isn’t much to worry about on that aspect. Hero endless testing for almost 2.5 years must have made sure it delivers on that part. Something that are the only thing customers looking forward to from Hero.

Third and another important aspect is price which yet again Hero has delivered too. The ease of use, load carrying ability, the comfort of commuting, and everything else is also what you get when you pay Rs. 60,000 on-road Mumbai. Is the Splendor still the segment best? Let’s wait for a comparison and a sales report that are set to come. For now, let’s welcome the king back!

Read this too: HERO SPLENDOR plus launched with BSIV engine/a>

Read this too: HERO PASSION PRO launched with BSIV engine/a>